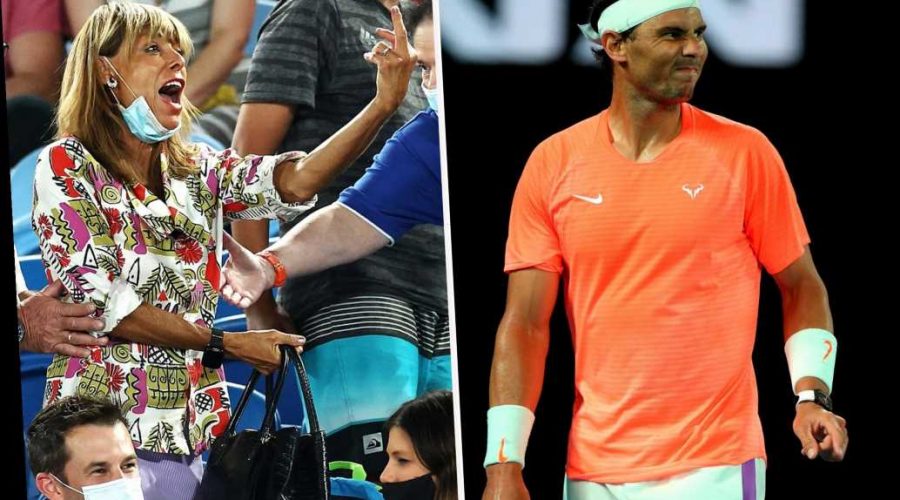 A truly bizarre moment in the crowd stunned Rafael Nadal — and everyone watching — in the second set of his Australian Open win over Michael Mmoh.

The Spaniard beat the American qualifier in straight sets 6-1 6-4 6-2 to advance to the third round but it was a spectator who generated all the headlines on Rod Laver Arena.

Nadal cruised through the first set and was up a break in the second, preparing to serve at 5-4 when a disturbance in the stands prevented him from going through with his routine.

A shocked Nadal looked up to see what the problem was, and found a female spectator yelling out and trying to put him off his game. He didn’t know how to react at first, then found the situation funny, cracking a smile.

The woman flipped Nadal the bird then very next point, again yelled out just before he was ready to serve.

“A bit inebriated, I think,” the Australian announcers speculated. “This is chaos.”

The crowd was booing and security came to boot the woman out, but Nadal — who has a famously meticulous routine — was able to see the funny side and kept on laughing.

“No,” Nadal laughed after the match when asked if he knew the woman, who was sitting in front of a Spanish flag. “And honestly I don’t want to know.”