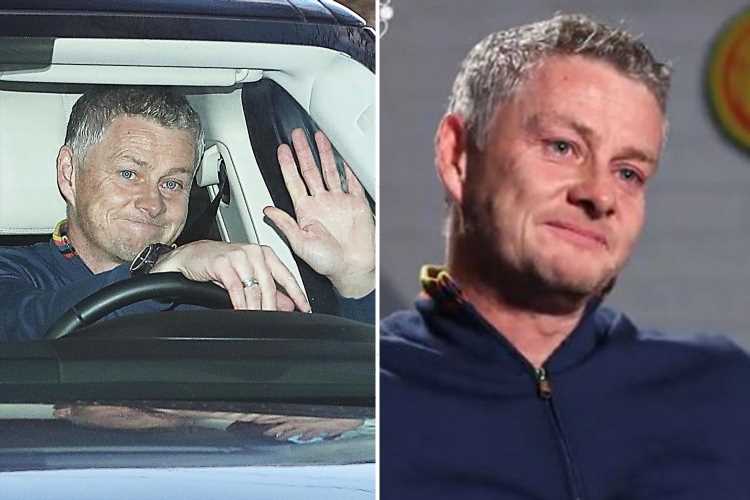 OLE GUNNAR SOLSKJAER'S spell as Manchester United manager came to an emotional end at the weekend.

The Red Devils' board finally ran out of patience after their side were battered 4-1 by Watford at Vicarage Road. 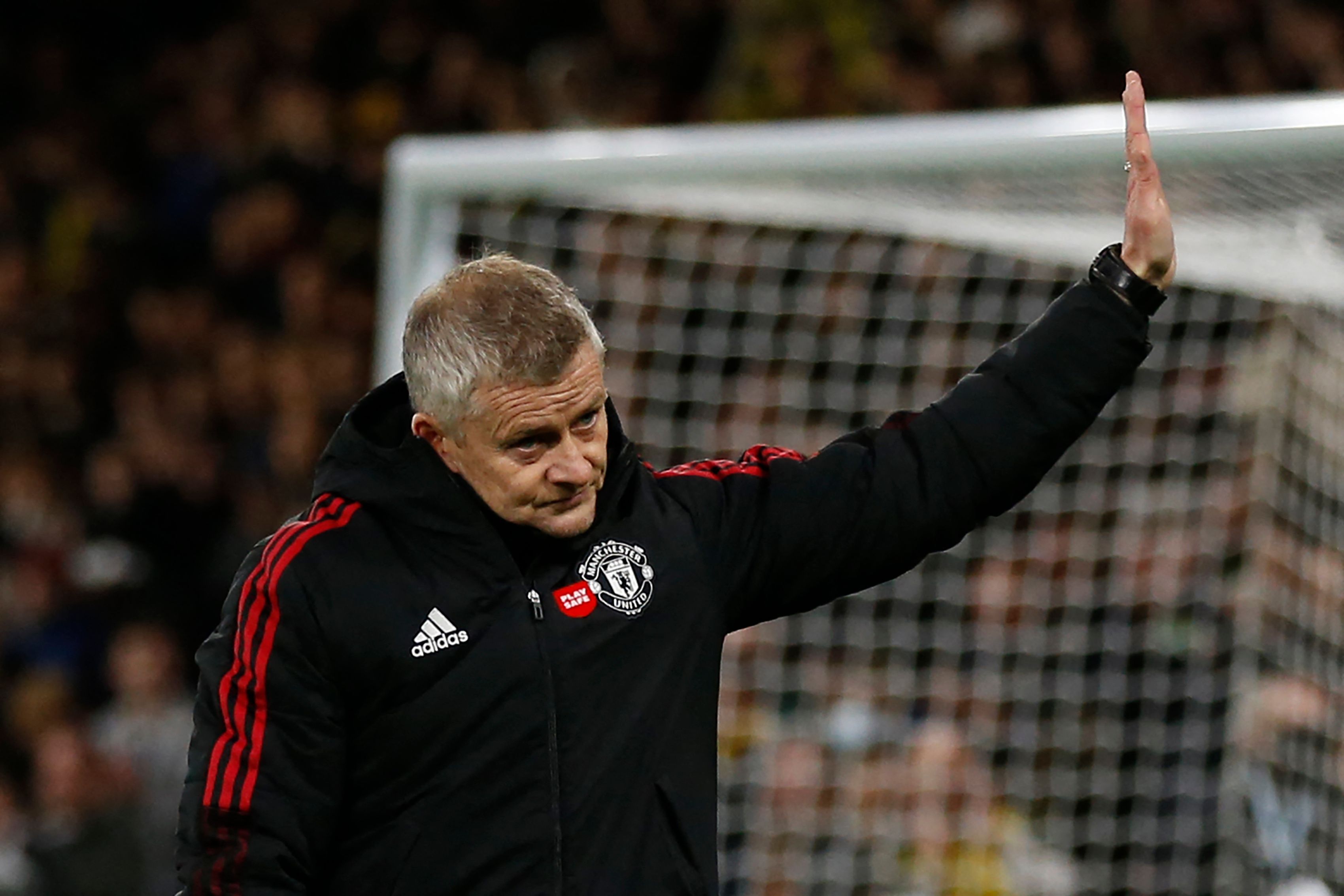 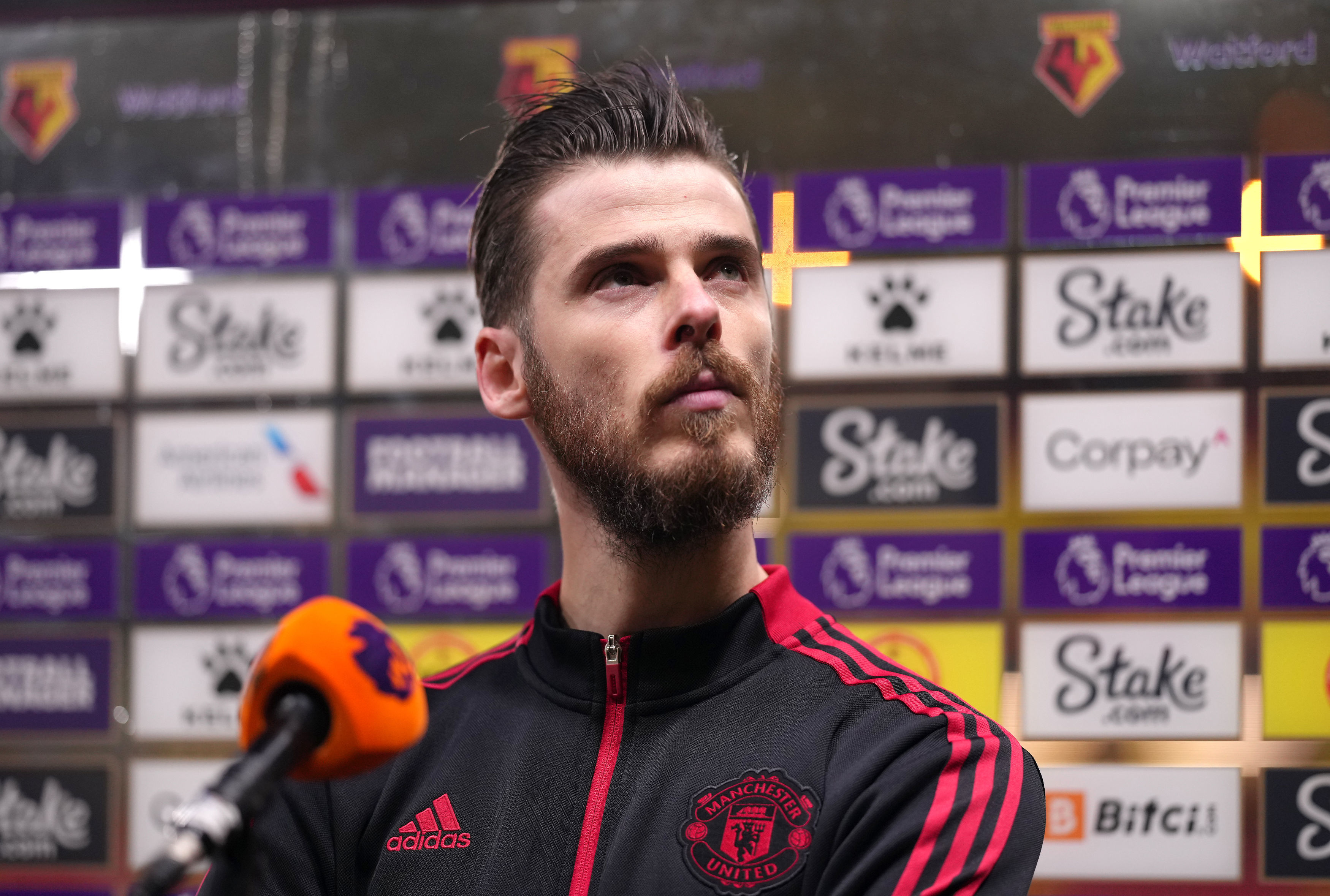 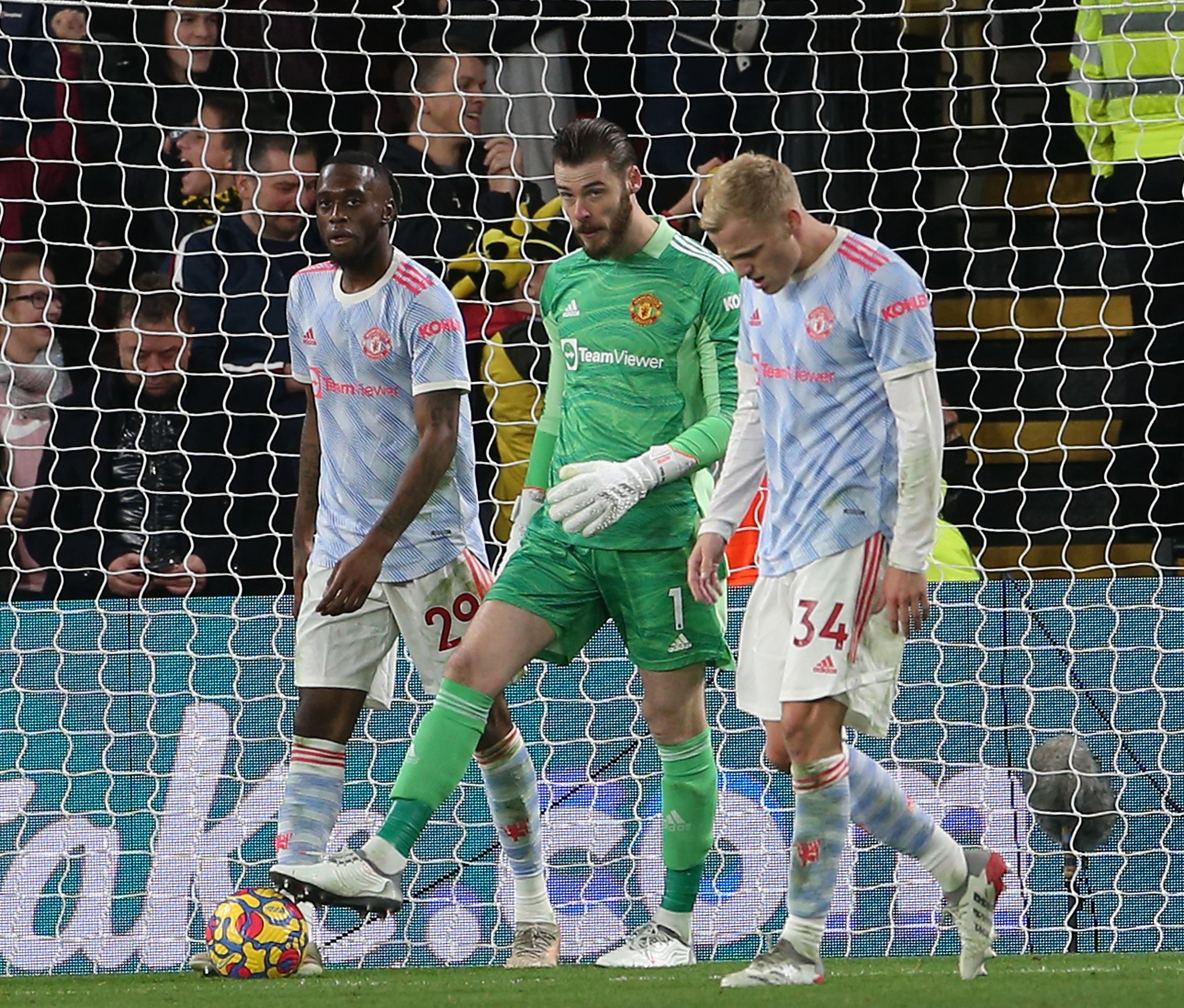 Just moments after the game players were in tears in the dressing room, as Solskjaer admitted he was 'unsure' if it would be his final match at the helm.

The Mail add that goalkeeper David de Gea blasted the performance as an 'embarrassing nightmare', before adding: "We don't know what to do with the ball."

Club chiefs Joel and Avram Glazer subsequently met with Ed Woodward and successor Richard Arnold that evening – with the quartet reluctantly agreeing that the time had come to relieve Solskjaer of his duties.

The Red Devils flew back from the south, with Solskjaer driving home at around 7:45pm on Saturday before knowing his fate.

At around 9am on Sunday morning the Norwegian arrived at Carrington, where shortly after he was informed by a visibly emotional Woodward that he was being sacked by Man United – with the club's statement coming at 10:33am.

The 48-year-old will receive a £7.5million severance package – the equivalent of a year's salary.

Man United players found out about Ole's firing prior to the club announcing it, with Solskjaer himself gathering them at around 10am to tell them he'd been given the boot.

Rather than scoot straight off, Solskjaer spent a few hours hanging around Carrington.

He had his last meal at the training ground at around 10:45am – with Nemanja Matic and Victor Lindelof approaching him to say thank you for his efforts.

Solskjaer then spent time clearing out his office, before giving an emotional exit interview to MUTV.

He departed just before 2pm, greeting fans that gathered to see him.

As he drove home, Solskjaer was met by one particularly enthusiastic supporter, who wanted a selfie and ended up hugging the former Man United boss.

Michael Carrick has now taken the reigns, with an interim manager set to be announced.

SunSport last night exclusively revealed that Leicester City boss Brendan Rodgers has been contacted by United about the prospect of replacing Solskjaer.

The Red Devils are willing to pay £8m to hire the ex-Liverpool boss NOW.

Rodgers has a clause in his contract letting him speak to certain clubs if they come knocking — and United are one of them. 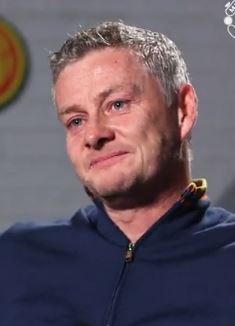 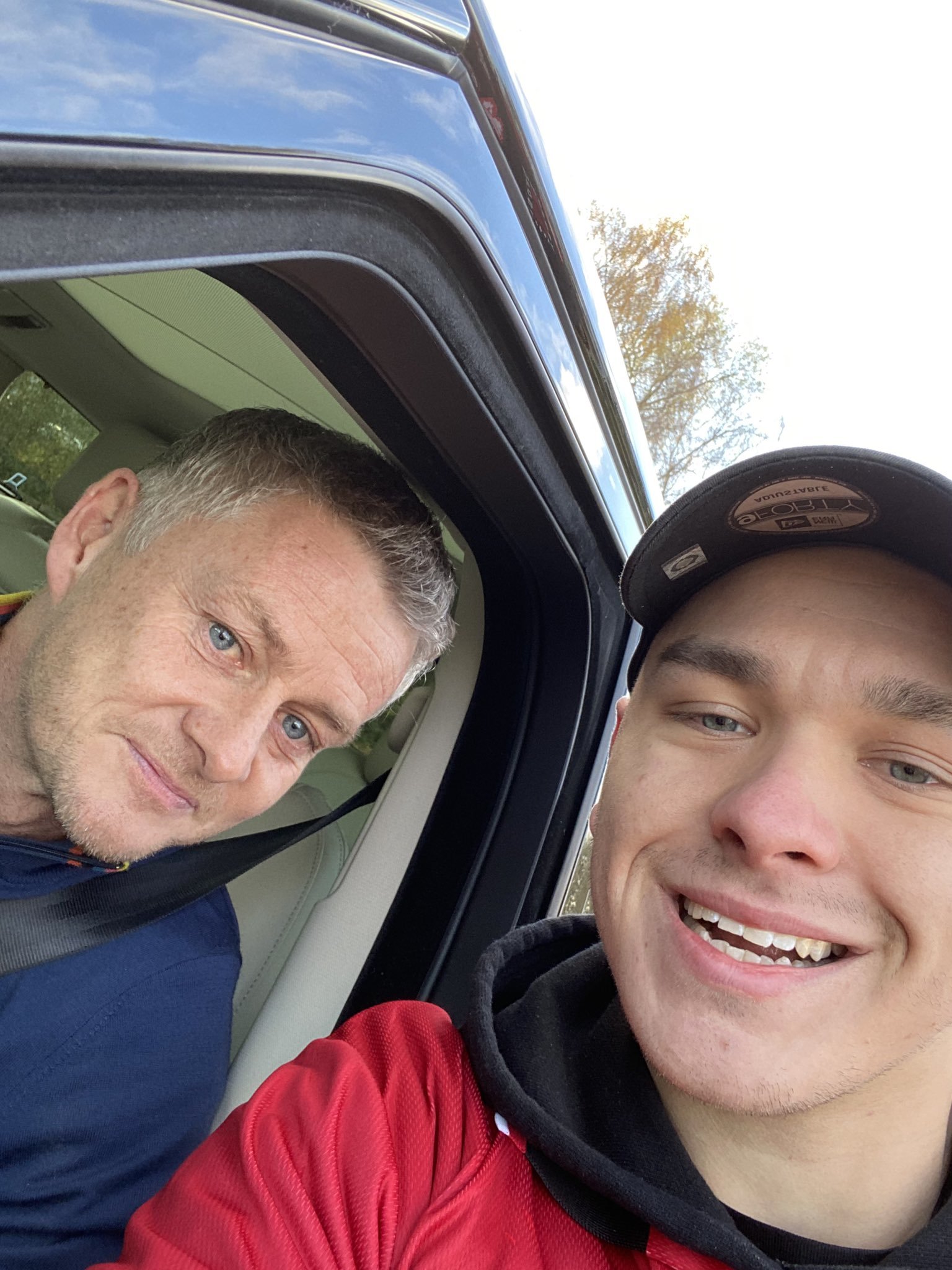 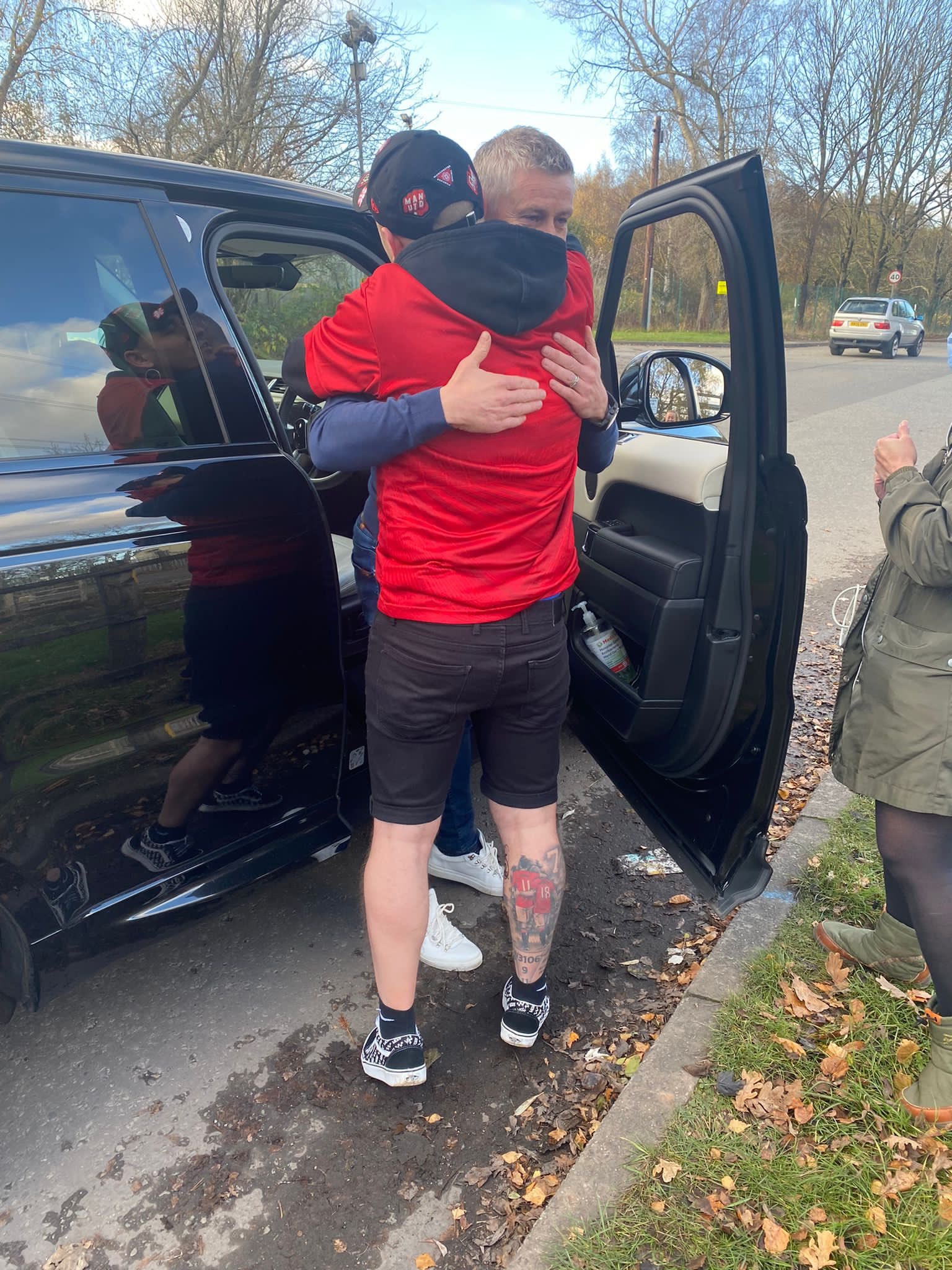