And Mauricio Pochettino and Danny Rose both got the party started on the pitch by swigging bottles of BEER. 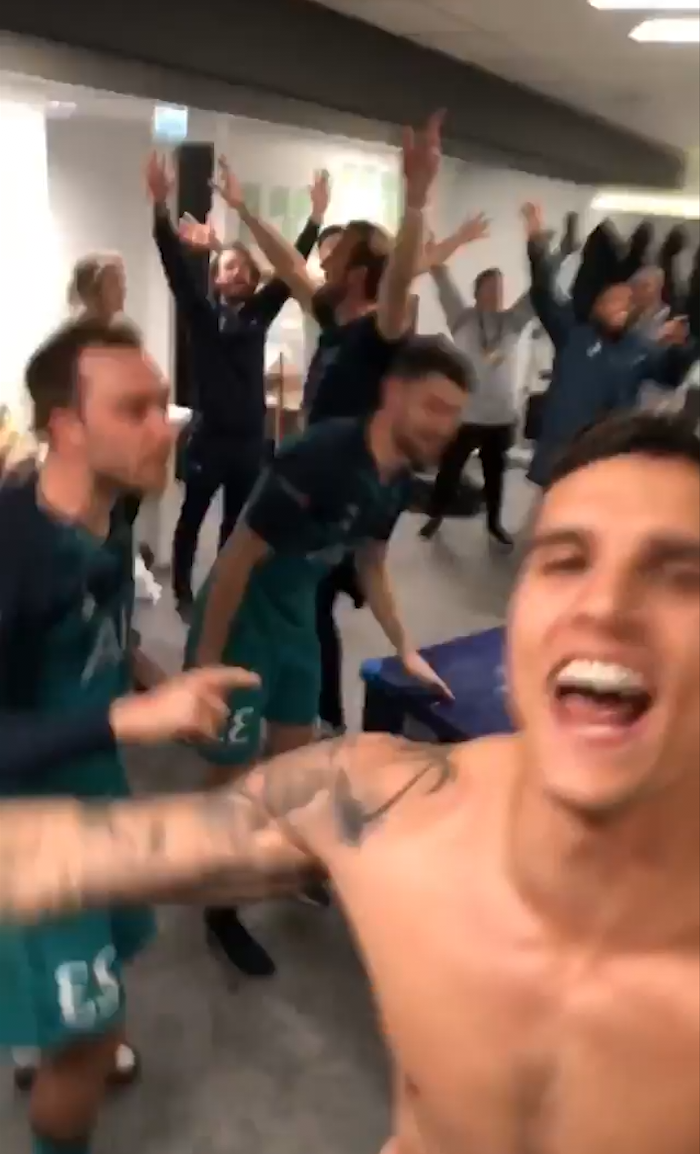 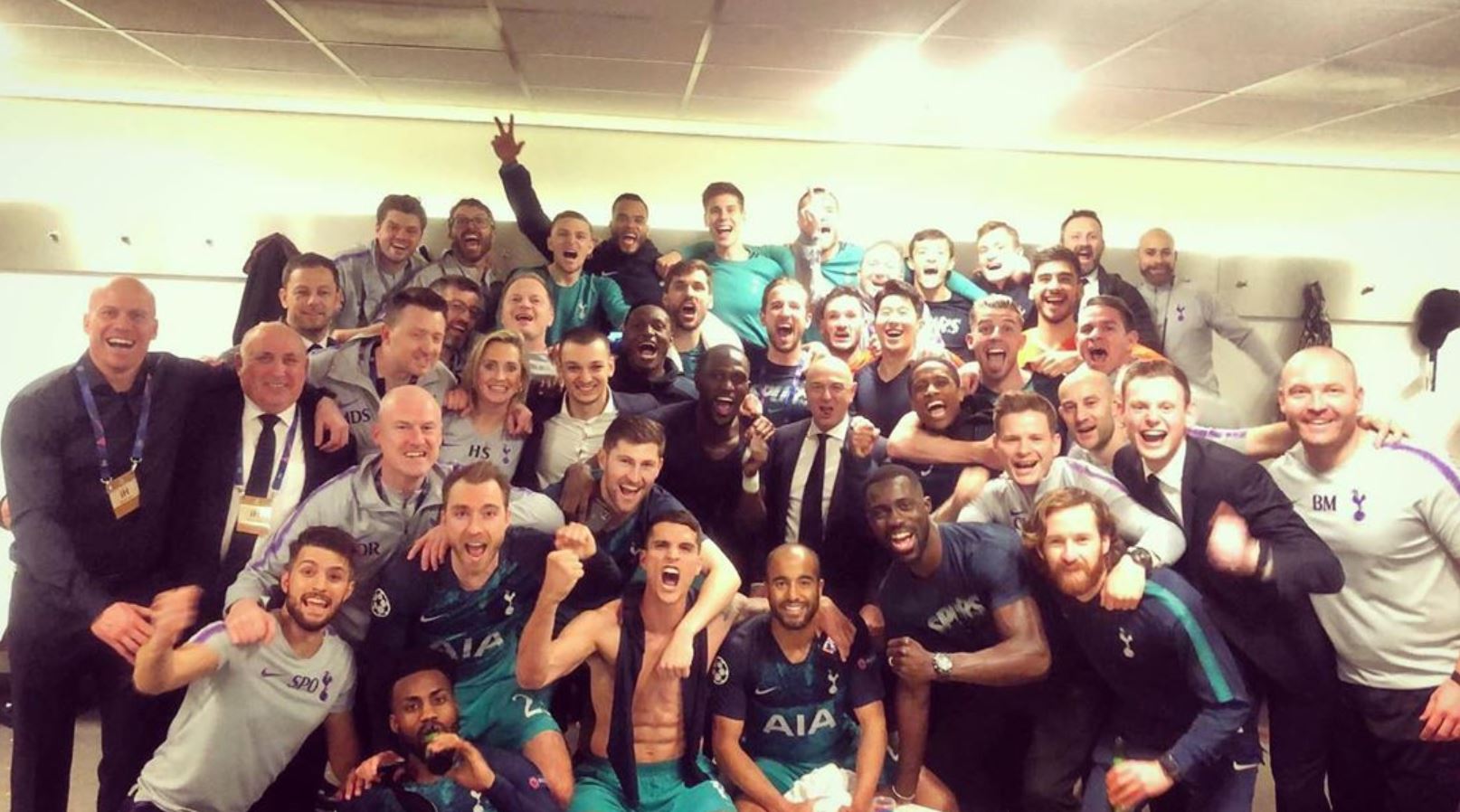 Spurs' heroes can be heard singing Wonderwall and Sweet Caroline in a video taken by a topless Lamela in jubilant scenes in Amsterdam.

The Argentine, who came on as an 81st-minute substitute for Rose, can be seen dancing while surrounded by team-mates and egging them on in celebration.

Lucas Moura fired Tottenham into the Champions League final with a stunning hat-trick against all odds. 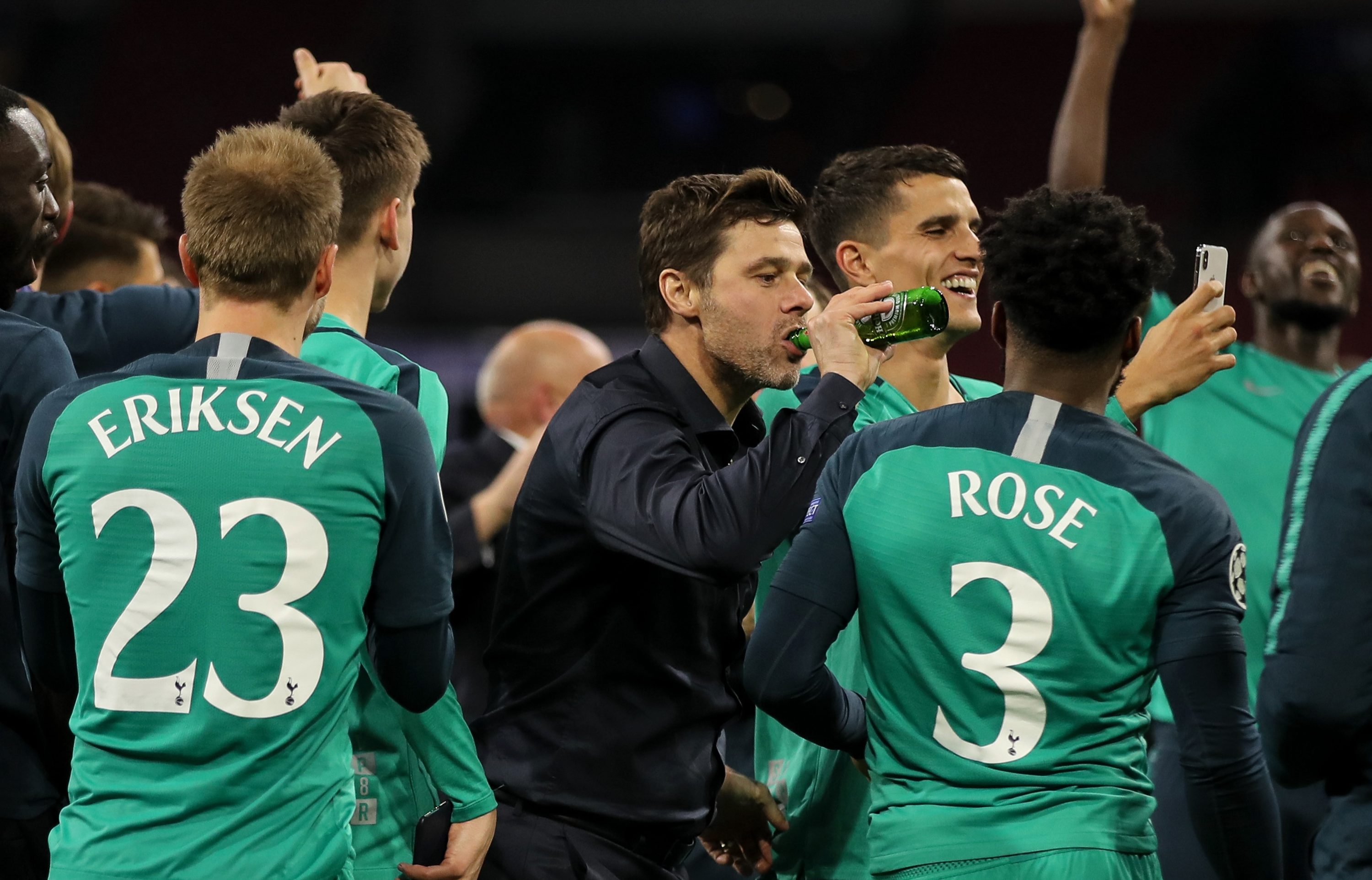 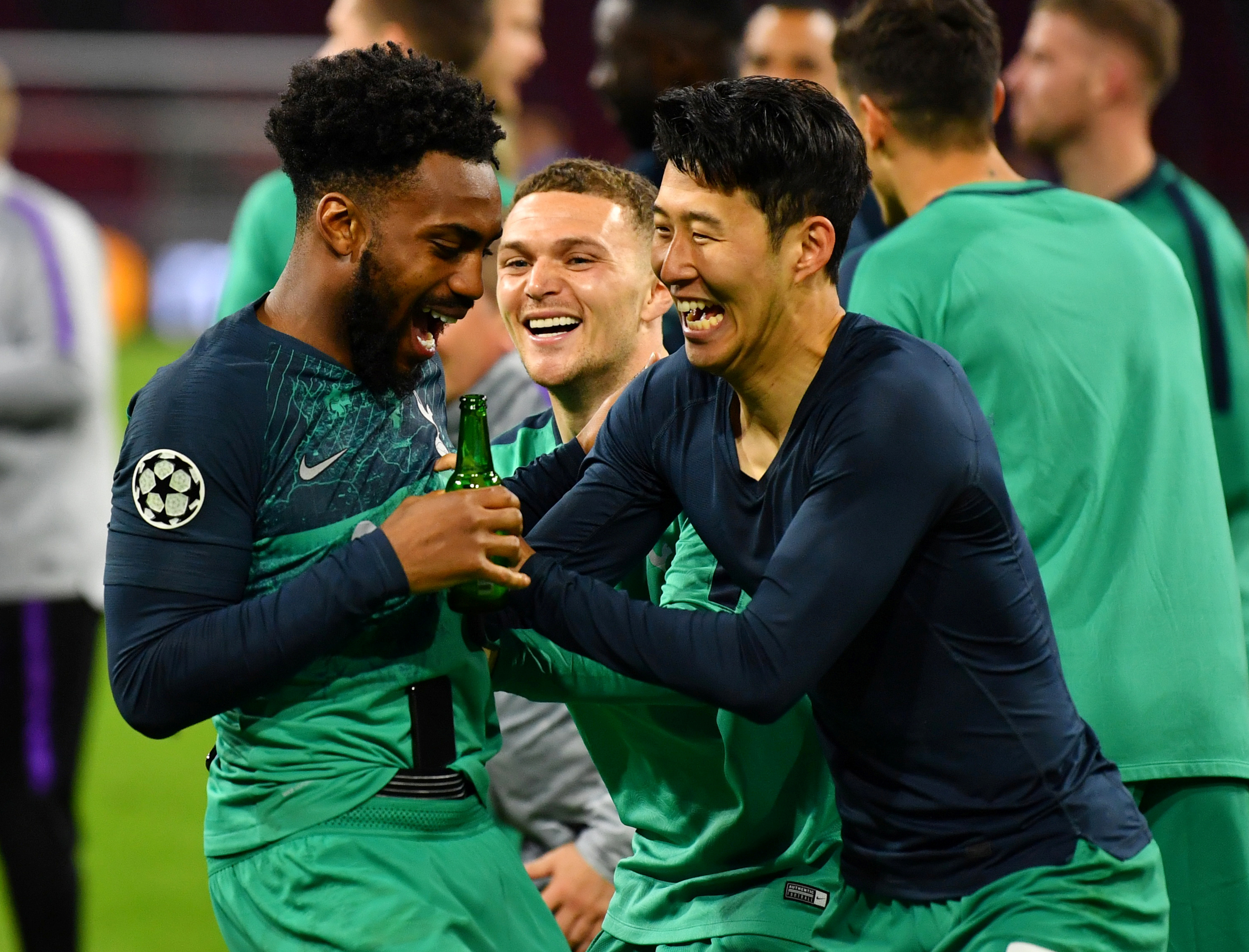 Ajax had added to their 1-0 first-leg lead with two first-half goals at the Johan Cruyff ArenA.

Matthijs de Ligt and Hakim Ziyech got the goals and it looked like Spurs were dead and buried before they came out for the second half.

But Moura netted a quickfire double in the 55th and 59th minutes before grabbing the winner with just seconds left on the clock.

Tottenham boss Pochettino broke down in tears on the pitch at full-time, while injured Harry Kane sprinted down from the stands to join his manager and team-mates. 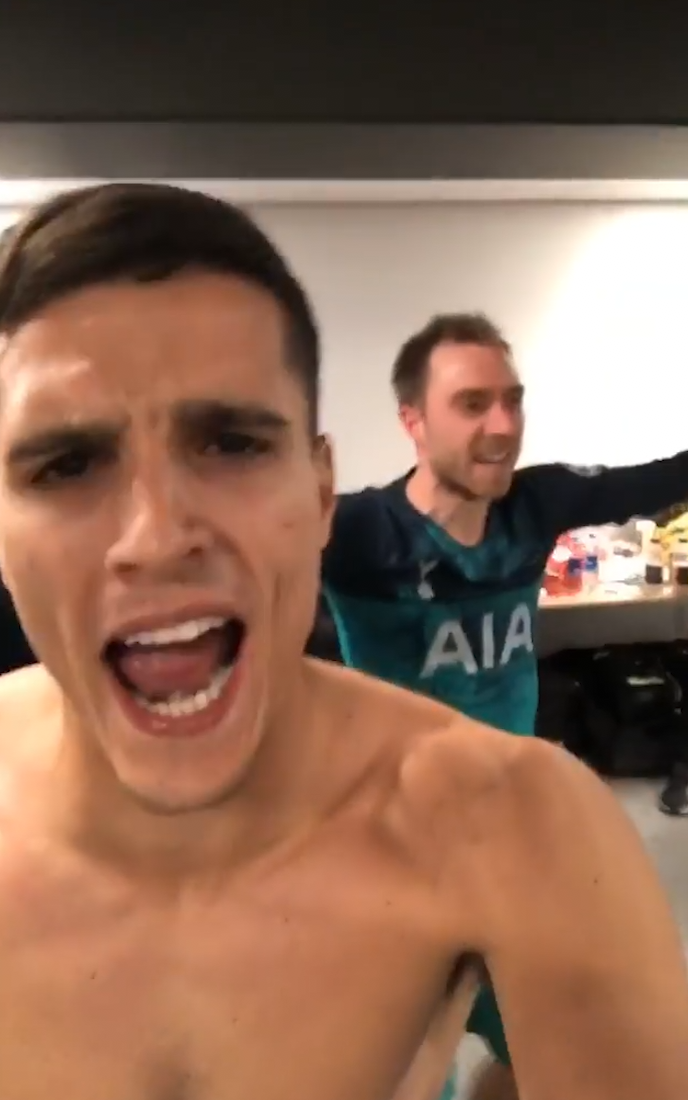 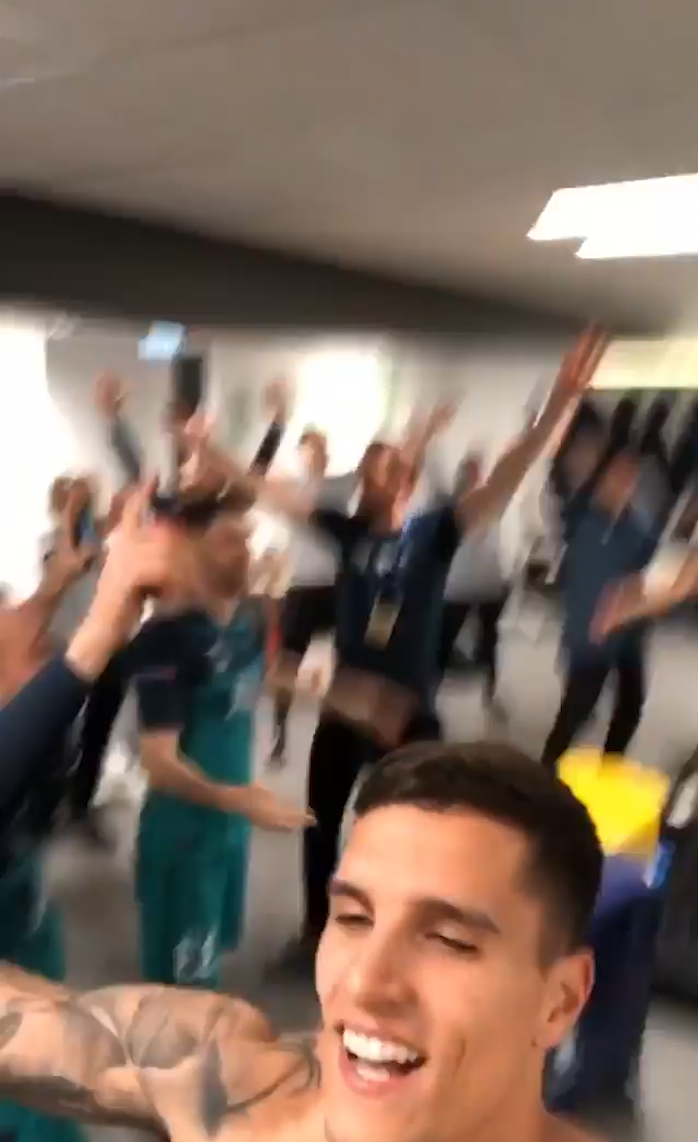 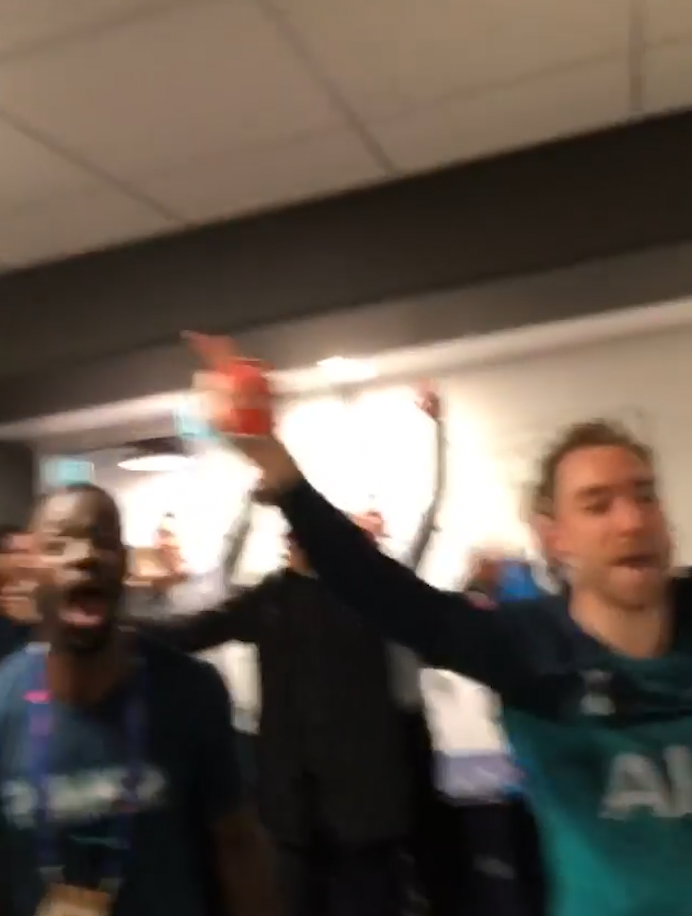 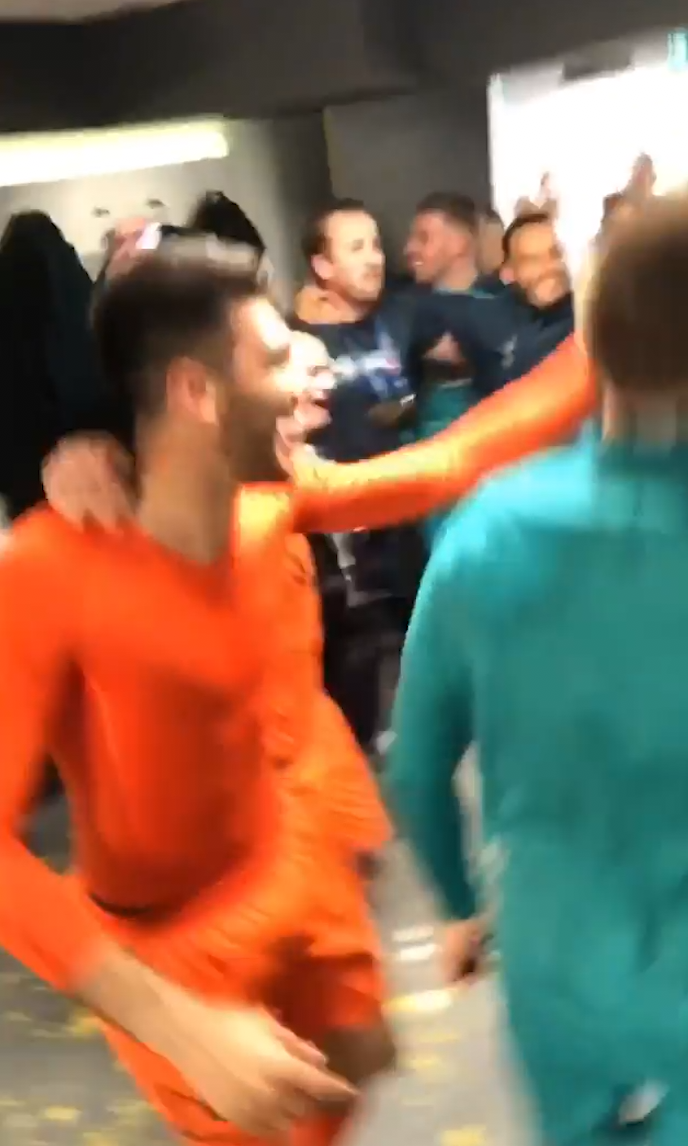 The goal came as such a shock that bungling BT Sport cameras MISSED part of the celebrations as they accidentally cut to grinning refereeing expert Peter Walton in the studio.

Spurs will now face Liverpool in an all-English Champions League final on June 1 in Madrid that has everybody licking their lips – apart from conflicted Arsenal and Manchester United fans.

An emotional Pochettino said: "It's still difficult to talk, the emotion was amazing. Thank you football, thank you these guys, my players. They are heroes.

"I told you last year I am telling everyone that they have players who are heroes and they showed today big balls and the second half was amazing.

"Without football you cannot live. I am so emotional. Thank you fans and people who believed for this amazing moment. It is difficult to describe with words. 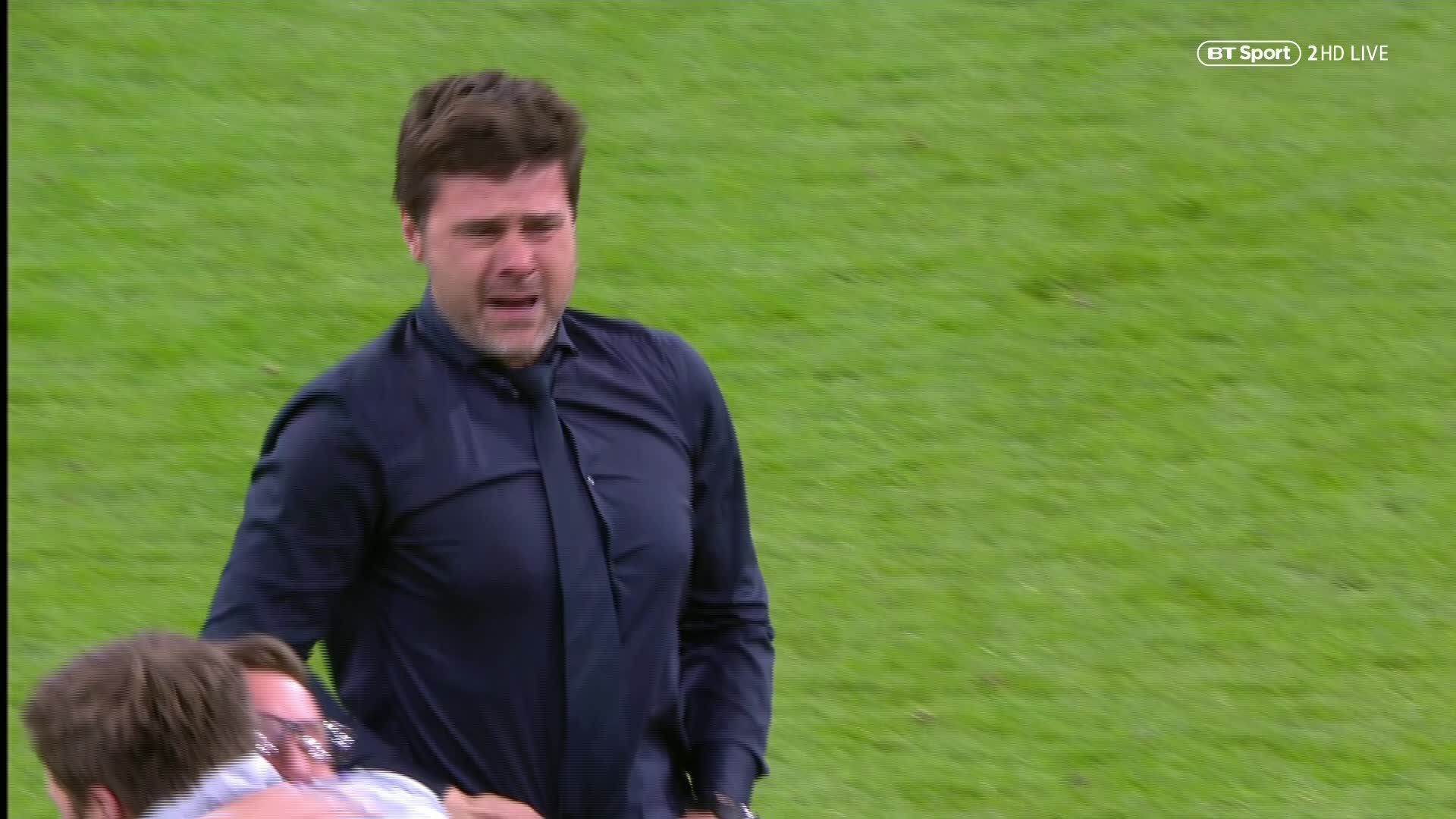 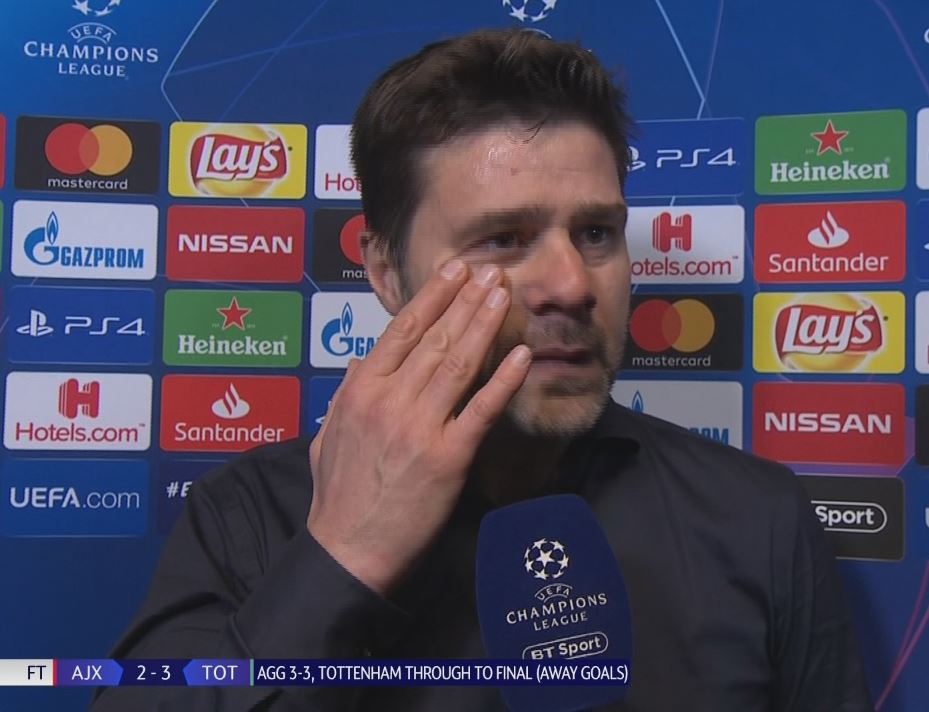 "We were talking before in the meeting that when you work and when you feel the love its not a stress it’s a passion and the performance we showed was the passion to love this sport that is football."

The Spurs manager continued: "It was tough for us emotionally and for Ajax it was difficult, too. To compete at this level it is a magical competition this can happen. Of course I am so grateful to be a coach and be in football living this type of moment.

"All are heroes but Lucas Moura is a super hero. They all deserve it. From the first to the last in this club, with all the tough moments that we have had in the five years since I arrived, to have a chance to play in the final is amazing.

"I want to remember my family, it’s for them too. Thank you and we need to be ready for Sunday and then to prepare for the final in Madrid."

Hat-trick hero Moura said: "I don't have words to explain this moment. It's very special for me and I am very happy and proud of my team-mates.

"I need to share it with all of my team-mates, family and friends.

"I always believed it was possible to come here and win and go to the final. The second half was amazing and everyone did really well and so I need to enjoy this moment."