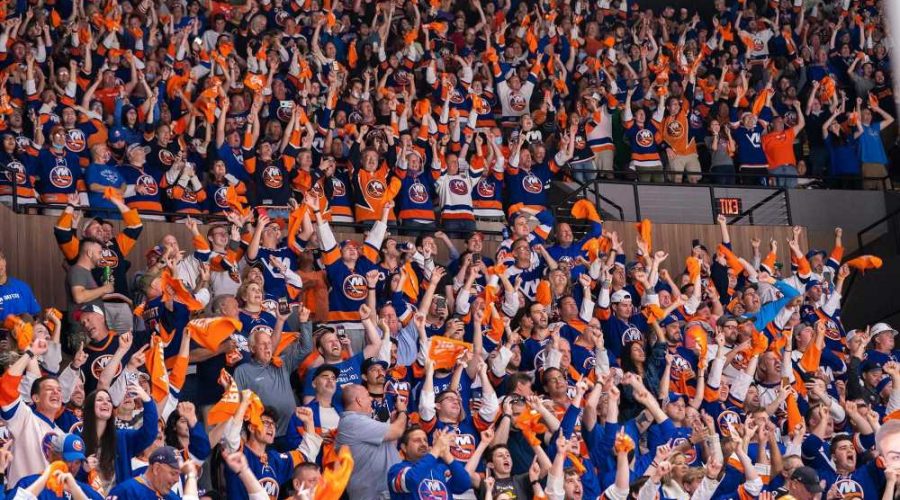 Islanders getting another crack at Stanley Cup champs

Islanders one step away from the Stanley Cup final

This rendition of the national anthem will give you chills.

Singer-songwriter Nicole Raviv, who’s a regular opening act at Islanders games, teamed up with the sellout crowd of 13,917 fans inside Nassau Coliseum to sing “The Star-Spangled Banner” ahead of New York’s 6-2 win over the Bruins.

Raviv started to sing the anthem, before she lowered her microphone to let the loud crowd take over. She closed out the song with a stunning vocal performance in Isles blue.

The moment was extra special for Raviv, who experienced technical difficulties during her performance Saturday before Game 4 of the second-round playoff series.

But Isles fans ended up singing the anthem, and clearly kept the new tradition alive in Game 6.

“My heart is full. The coliseum will forever have the best backup singers in the #NHL,” the singer tweeted.

“#Isles fans are heroes,” Raviv added, calling the performance her “most memorable” one.

Raviv also took to Instagram to share the national anthem video, and wrote, “Tonight was something special. We put on a SHOW! Best backup singers in [the NHL]!”

The Islanders will now play the Tampa Bay Lightning in the Stanley Cup semifinals for the second consecutive postseason.