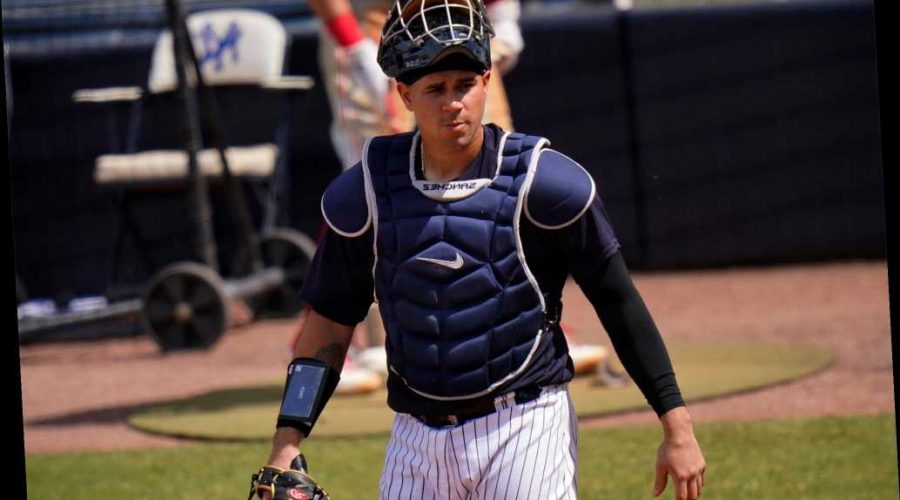 What Yankees youngster thinks about his demotion

Yankees star up for ‘conversation’ about moving All-Star Game

Aroldis Chapman bounced back from a rough outing with a scoreless inning in the Yankees’ 6-2 loss to the Phillies in Clearwater. In his previous appearances, the closer unleashed three wild pitches and Aaron Boone said after that game Chapman was dealing with some delivery issues. He looked more regular-season ready Sunday.

That hot start by Gary Sanchez is looking more distant by the day. After Sanchez struck out in all three plate appearances, he’s now in a 4-for-30 slump and has whiffed 15 times during that stretch.

In a game in which Chapman and Zack Wheeler were throwing heat, the fastest pitch of the game came from the Yankees’ right-handed prospect, Luis Medina, at 98.7 mph, according to Statcast. The 21-year-old gave up a run in his one inning.

The Yankees host the Tigers with Domingo German on the mound at George M. Steinbrenner Field for their Grapefruit League finale at 1:05 p.m. Then, it’s on to The Bronx, where they open the regular season against Toronto on Thursday.