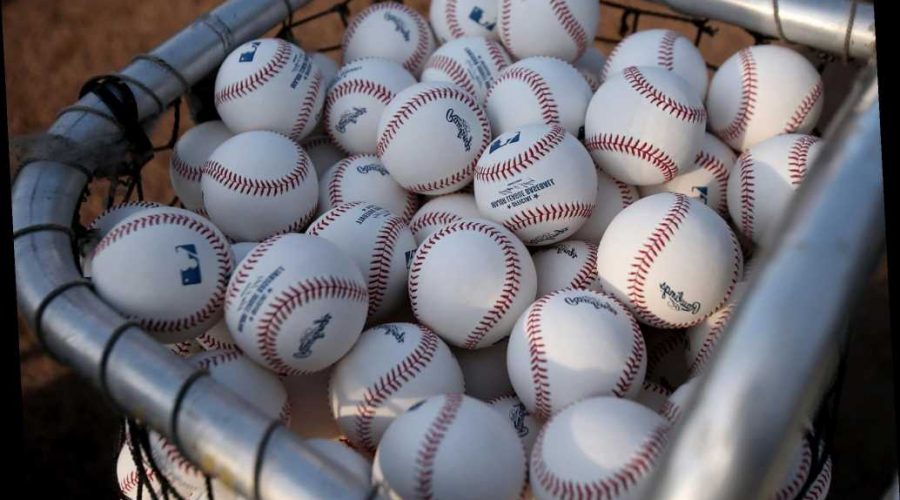 What made this Clint Frazier scare all the more 'blurry'

Mets' improved depth may be key to keeping camaraderie strong

Have you noticed an unusual recent phenomenon in Major League Baseball?

The most important free agents of the winter reside in camps, signed and off the board. The teams and players, after learning on the fly last year at a high cost, smoothly navigate COVID-19 restrictions. Heck, even player injuries appear to be pretty low.

With the small-picture waters calm, what better time to address the sport’s big-picture concerns?

We are in a bargaining year, the last season of the basic labor agreement that began in 2017, and you’ve read and heard far too much about the ill will that exists between the players and the owners. Perhaps there will be no avoiding a 2022 work stoppage, so rife is that animosity. Nevertheless, let’s try to be helpful and suggest some solutions to the two primary concerns about the game: The lack of action, both on the field and off it. The former concerns the owners far more than the players, the latter the opposite. Both should concern all.

As our guide, let’s look at a comment made by the Yankees’ Giancarlo Stanton just a few days ago: “When something doesn’t seem to be working, you’ve got to make adjustments. The name of this game is always advancing and trying to improve as best you can.”

MLB’s announcement of myriad minor league experiments got people talking — again, it’s quiet — and though I don’t love all of them, I appreciate the willingness to experiment and change. Because the game as it is now features too many home runs and too many strikeouts and runs too darn long.

Simple to explain, difficult to fix, right? Yet baseball has tried and talked about enough solutions that it’s time to implement some:

1. The pitch clock and strict batter’s box rules: In 2017, Grant Brisbee wrote a brilliant piece for SB Nation in which he matched up an 11-2 game from 1984 with a 2014 contest sporting the identical score. The former game lasted 2 hours and 31 minutes, the latter 3:06. Why the huge increase? The time between “inaction” pitches that neither ended an at-bat nor saw baserunner movement. The 1984 game featured 146 such pitches, and the time from one of those to the next pitch was a combined 32:47. In 2014, 144 pitches took 57:41 to get to the next pitch. That’s crazy.

The 20-second clock has been at the high minor leagues since 2015, which means that most current big league pitchers possess first-hand experience with it. Rules mandating that hitters stay in the batter’s box have been in place for the same amount of time — the enforcement of those rules has wavered.

Players must take this leap, no matter the short-term pain. If a veteran superstar gets ejected because he raises a stink over getting charged with a ball or a strike for violating the pitch clock or batter’s-box protocols, there shall be no hand-wringing.

2. Sleepier baseballs: This need not be collectively bargained, as MLB unilaterally tightened the specifications on its 2021 balls in the hopes of fewer hits leaving the yard, thereby putting more of those in play.

Could this strike back at the launch-angle revolution, causing hitters to rethink their strategies if selling out for the homer results in a bunch of flyouts? It’s worth letting that play out to see.

3. The runner on second in extra innings and seven-inning doubleheaders: Who doesn’t love these pandemic-inspired efforts to prevent marathon work shifts?

4. The universal designated hitter: After the success of this last year, no owner can seriously defend the hitting pitcher. Not given how much they’re paying their pitchers to pitch, not hit or run the bases.

5. As for the new minor league trials, I like implementing larger bases and limiting pickoff attempts and dislike mitigating infield shifts: I don’t think it’s fair to expect any of those to be part of the majors next season. Let’s keep them in mind as more drastic options down the road, if the more modest changes don’t create the desired effect, along with these: Use synthetic baseballs to better manage their bounciness, shorten all games to seven innings, and push the mound back to decrease strikeouts.

Players rightly complain that too many clubs don’t try their hardest to win every year. Here are some suggestions to ameliorate that phenomenon:

1. Fix service-time manipulation: Everyone’s favorite topic since Kevin Mather’s career-killing bout with honesty, it must cease. How about holding a lottery by which a certain percentage of players in a certain service-time bracket — let’s say from 5 ¹/₂ years (a half being 93 days) to just short of six years — will win the right to early free agency? Teams would be far less inclined to attempt such chicanery if they’d still wind up losing their player in six seasons regardless of the precise day count. You could utilize the same trick for players between 2-3 years’ service to determine who qualifies for salary arbitration (which, if we really want to be radical, should disappear and be replaced by a less acrimonious process) and who doesn’t. A more radical notion: Each season you spend in the majors, regardless of how many days, counts as a “year” for free-agency purposes. If you have a stud youngster, you’re all the more motivated to get your full six years out of him.

2. Fix the draft: The Astros and Cubs leveraged the rules to field terrible teams and reap the benefits of high draft picks as well as lucrative draft spending pools. Kick things off by flattening the draft pools. Then you can add all sorts of bells and whistles to motivate clubs to try harder. Want a draft lottery like the NBA’s and NHL’s? How about rewarding extra picks to teams that finish over .500 and miss the playoffs? What if the team that came closest to the postseason without qualifying drafted first the subsequent year, followed by the next-best October-free entrant and so on, an incentive for all clubs to try really hard each season?

3. Expand the playoffs: Make it 14 teams, but change the wild-card one-and-done format to a best-of-three series, increasing clubs’ incentives to drive for that.