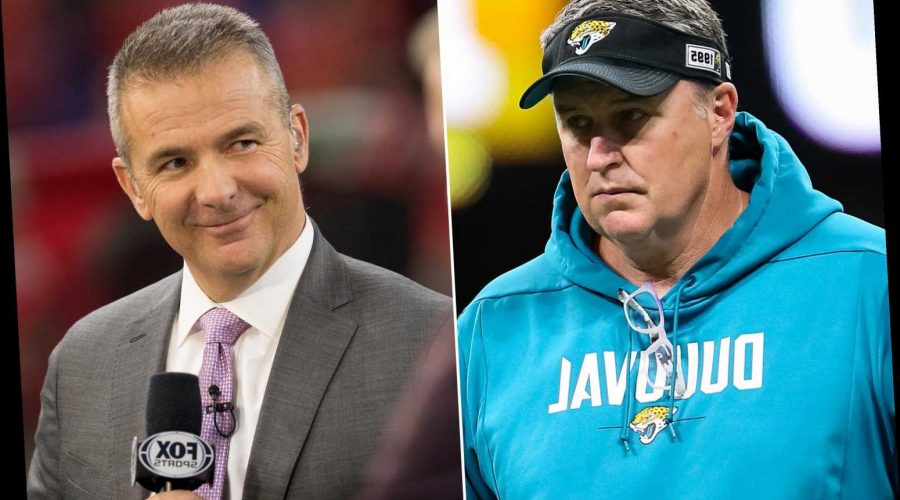 Jaguars could play spoiler in this spot

How the Jaguars ruined Jets’ pursuit of Trevor Lawrence

Doug Marrone won’t get to work with Trevor Lawrence.

The Jacksonville Jaguars fired their head coach of four-plus years on Monday, one day after they completed a 1-15 season that will land them the first overall pick in the 2021 draft.

The Jaguars join the Jets, the Detroit Lions, the Houston Texans and the Atlanta Falcons in the market for a new head coach.

The sexiest name already linked to Jacksonville is former Florida and Ohio State coach Urban Meyer, who reportedly has already told people close to him that he’s in line to get the job, according to NFL Network’s Ian Rapoport.

The 56-year-old Marrone posted a 23-43 record since taking over in Jacksonville after Week 14 during the 2016 season, including a loss in the AFC Championship game to New England following a 10-6 regular season in 2017. GM Dave Caldwell also was fired by the Jaguars in November.

“I am committed and determined to deliver winning football to the city of Jacksonville,” Jags owner Shad Khan said in a statement. “Realizing that goal requires a fresh start throughout our football operations…As the search for our new general manager continues, now the quest begins to find a head coach who shares my ambition for the Jacksonville Jaguars and our fans, whose loyalty and faith are overdue to be rewarded.”

The 56-year-old Meyer never has coached in the NFL, and he’s been working as a TV analyst since stepping down at Ohio State in 2018 citing health concerns. He also had been suspended for three games by the Big Ten school earlier that year over his handling of allegations of domestic abuse involving former assistant coach Zach Smith.

Meyer won two national titles at Florida (2006, 2008) and one at Ohio State (2014) and posted a career record of 187-32 over 17 seasons as a college head coach, also including stints at Bowling Green and Utah. Only three coaches have won an NCAA championship and a Super Bowl title: Jimmy Johnson, Barry Switzer and Pete Carroll.