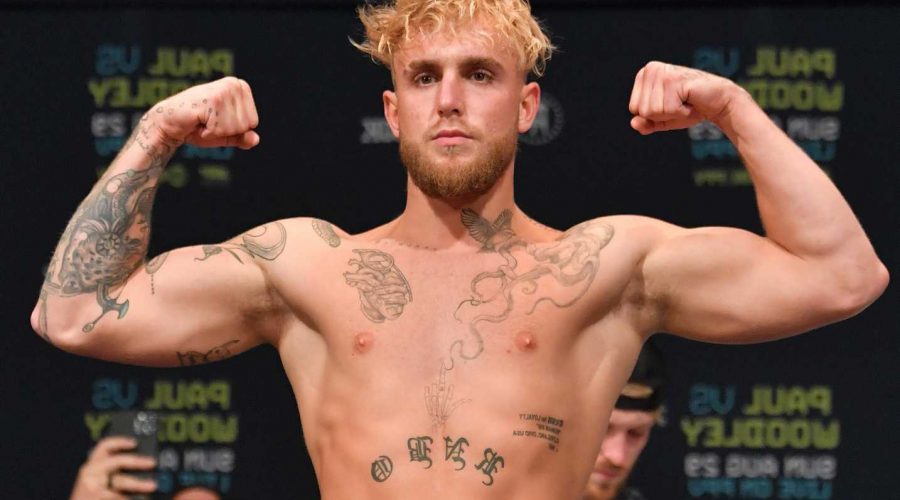 Paul called out the whole MMA division for their poor boxing abilities which he highlighted during his points win against Woodley.

The YouTuber claims his win over one of the UFC's best fighters on what he says was a bad night, shows that he has superior boxing skills than all of them.

"You guys cannot box for sh*t. There is not one moment in the fight where Tyron was outboxing me. Not one.

"I just took out one of your best fighters, Hall of Fame of all time and sh*t all over him on a bad night on a hyperextended elbow. So f*ck all of you."

Paul's cage was rattled after several MMA fighters claimed he was scared to get in the ring with them, which he says couldn't be any further from the truth.

The 24-year-old pointed to his 4-0 record since starting boxing two years ago, which includes a win over retired UFC welterweight Ben Askren, as proof that he doesn't run from battles.

And if it came down to it, Paul's adamant that he'll run through every 'b***h ass' MMA fighter one by one.

He added: "The notion that these MMA fighters think that I’m scared of them is just funny or that I’m running away?

"Guys, I’ve fought four times in the past two years. You can’t even really fight more than that if you’re doing big fights.

"I’m going to back-to-back-to-back on these b***h ass MMA fighters. Like, line them up, I will take all of them down."

But before Paul demolishes the MMA division singlehandedly, he may go up against Tommy Fury in the ring.

It's been confirmed that Paul and the younger Fury brother are in talks to make a sensational bout happen.

But the social media sensation has now told of his other talks with ex-UFC champions Anderson Silva, 46, and Vitor Belfort, 44, which puts the fight in jeopardy.