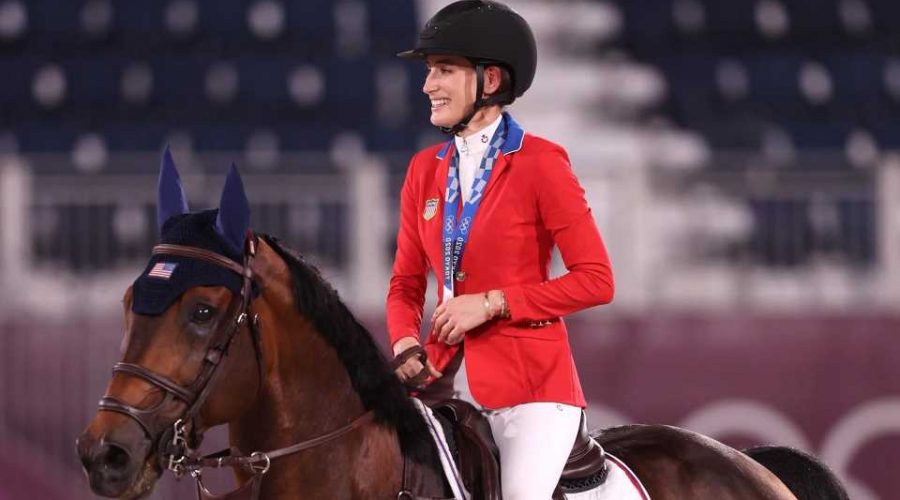 After sweating it out on the streets of a runaway American dream, Jessica Springsteen and Team USA get to ride through mansions of glory.

On Saturday, Team USA and Springsteen — daughter of Rock and Roll Hall of Fame parents Bruce Springsteen and Patti Scialfa — won the silver medal in the equestrian team jumping final, which went to a jump-off against Sweden. Belgium picked up the bronze medal.

Though all six riders between the U.S. and Sweden had clear rounds in the jump-off, Sweden narrowly edged the United States for gold with a finish of 122.90, compared to the 124.20 posted by the Americans.

After the race, Springsteen called her family to share the moment with them.

“I FaceTimed them really quick. They were all screaming, I don’t think we understood anything,” Springsteen said, (according to CNN). “Just saw their Team USA gear; there was just lots of shouting. I couldn’t make a lot out but I know that they’re so excited.”

Earlier during the Olympics, Springsteen competed in the individual jumping, but placed 31st and missed qualifying for the medals round by one spot.