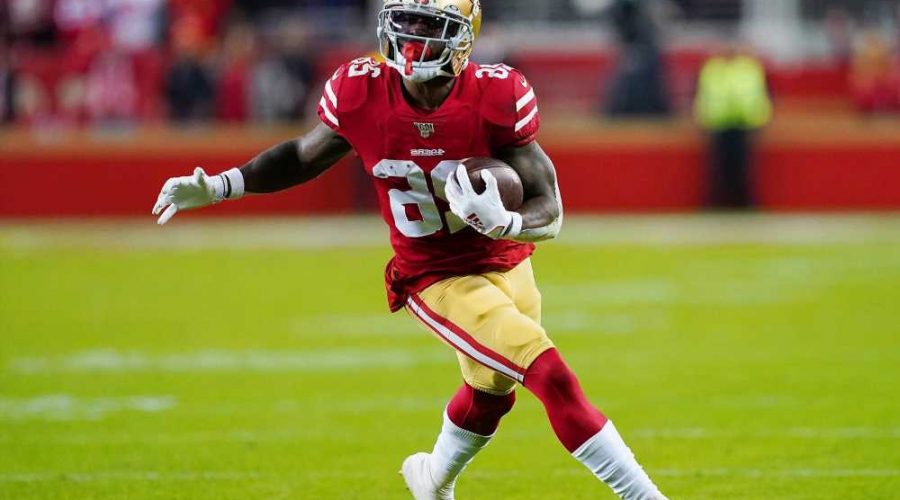 Big Jets surprise could fight his way into starting job

As the Jets get closer to training camp, I am examining the roster and giving you my top 25 players. Each weekday, we will reveal another person on the list, leading right into camp. I am not including rookies on this list because I do not feel it is possible to fully evaluate them before they play a game.

There is not much to look back on for Coleman in 2020. He sprained his knee in Week 2 with the 49ers and ended up missing eight games. When he did play, he got lost in the shuffle of the San Francisco backfield. He wound up with a career-low 28 rushes for 53 yards and did not score a touchdown.

The Jets need to hope he can recapture his earlier form with the Falcons and 49ers. In 2019 with San Francisco, he had 544 yards rushing and six touchdowns on 137 carries along with 21 receptions for 180 yards and a touchdown.

Robert Saleh did not sign many former 49ers in free agency, as some projected, but Coleman was one. The Jets are counting on a healthy Coleman to regain his form this season and help the younger running backs learn Mike LaFleur’s offense. Coleman has spent much of his career in the Kyle Shanahan system the Jets will employ. He was a 2015 third-round pick in Atlanta when Shanahan was the offensive coordinator there, and played for the Falcons for four seasons. He then followed Shanahan to San Francisco as a free agent in 2019.

When he is at his best, Coleman is a dual-threat out of the backfield. He could play a critical role for rookie quarterback Zach Wilson as a checkdown option.

The Jets don’t have one standout running back and will take a committee approach, similar to what Coleman was part of in San Francisco. But Coleman has a leg up in the experience category over his backfield mates. That experience should give him an early advantage when it comes to carries. The question then will become how long he can hold off the young backs, which include La’Mical Perine and rookie Michael Carter.