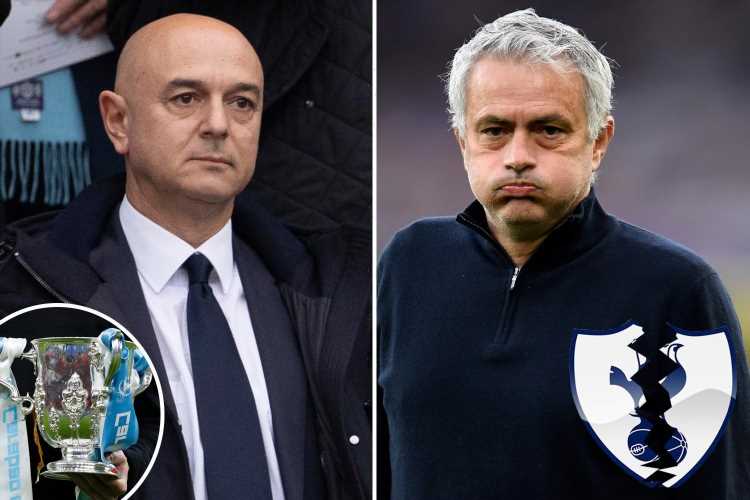 JOSE MOURINHO has been SACKED by Tottenham after 17 months in charge.

Spurs have endured a disastrous 2021, slipping down the Premier League at an alarming speed while also crashing out of the Europa League. 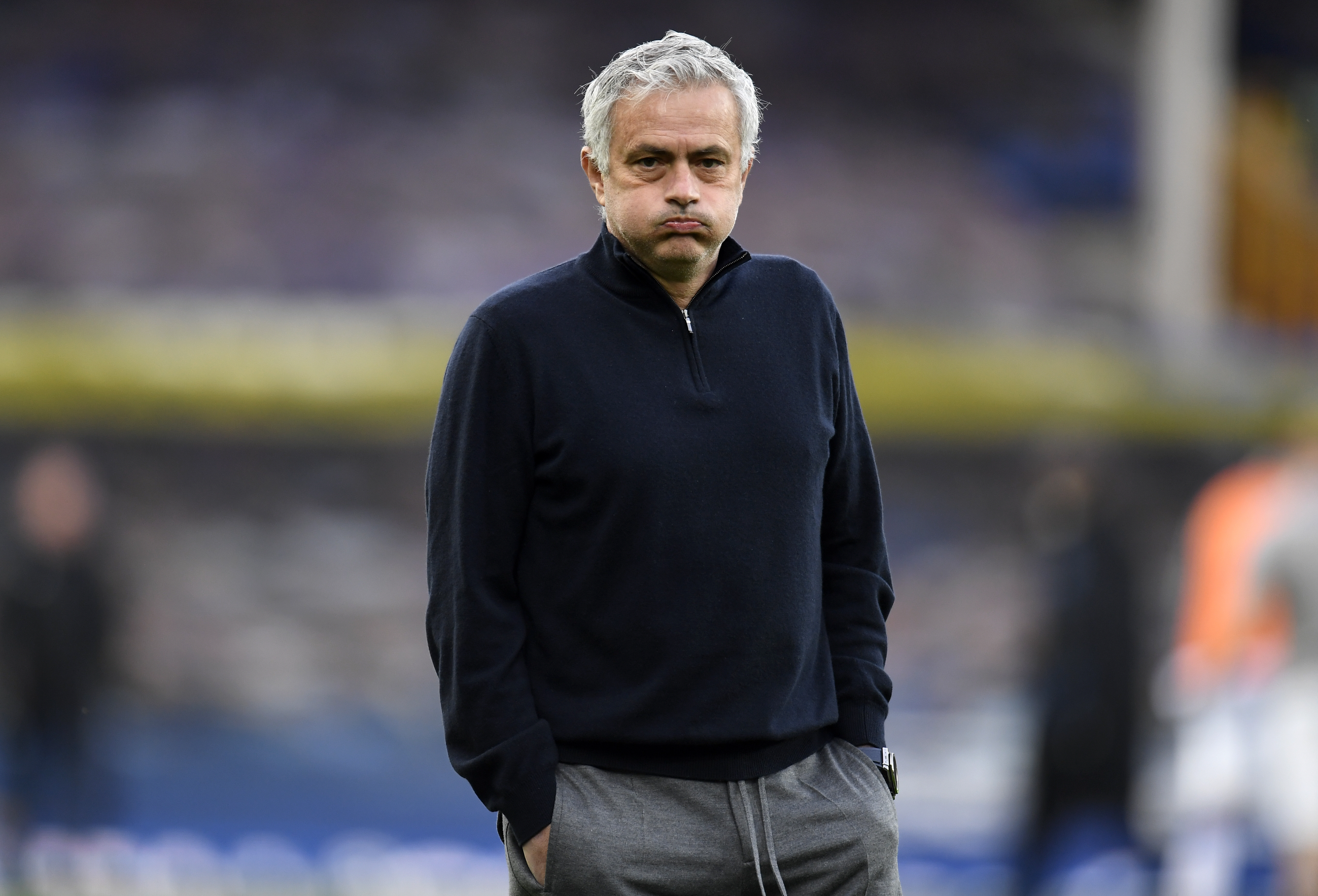 Mourinho, 58, has been under increasing pressure and has now been given the boot by Daniel Levy – just SIX days before the Carabao Cup final clash with Manchester City.

In a brief statement on their website, the club wrote: "The club can today announce that Jose Mourinho and his coaching staff Joao Sacramento, Nuno Santos, Carlos Lalin and Giovanni Cerra have been relieved of their duties."

Chairman Levy added: "Jose and his coaching staff have been with us through some of our most challenging times as a club.

"Jose is a true professional who showed enormous resilience during the pandemic.

"On a personal level I have enjoyed working with him and regret that things have not worked out as we both had envisaged.

"He will always be welcome here and we should like to thank him and his coaching staff for their contribution."

The Portuguese boss replaced Mauricio Pochettino in November 2019, signing a contract until the end of the 2022-23 season.

But 'the Special One' has now been sacked more than TWO years early as Spurs' slide continues.

The club confirmed former midfielder Ryan Mason would be in charge of Monday's first-team training session in the absence of Mourinho.

Spurs' academy coach Mason is expected to take over as caretaker manager alongside Chris Powell until the end of the season.

A permanent replacement for ex-Chelsea and Manchester United boss Mourinho is expected to be named in the summer.

RB Leipzig boss Julian Nagelsmann is the leading contender for the role, according to bookmakers Betfair.

The announcement of Mourinho's departure comes just hours after Tottenham became one of six Premier League clubs to sign up for the controversial European Super League. 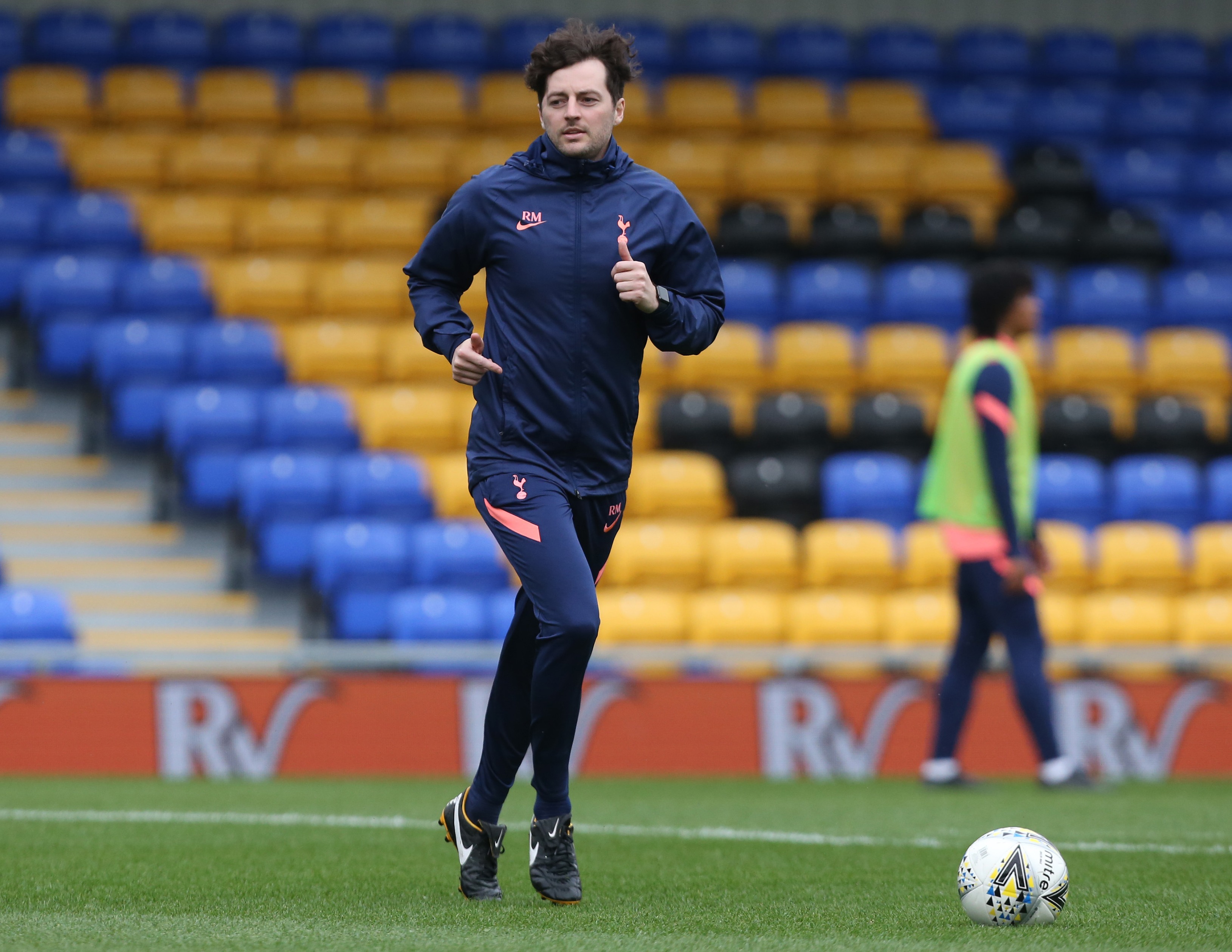 How the new £4bn Super League would work

Spurs have endured a horror 2021 having been top of the league in December.

As well as crashing out of the Europa League in embarrassing manner, throwing away a 2-0 first-leg lead over Dinamo Zagreb in the last-16, Tottenham's league form has been abysmal.

In their last three games, Tottenham drew 2-2 with relegation-threatened Newcastle, were soundly beaten 3-1 by Man Utd and, most-recently, they drew 2-2 at Everton.

The North Londoners now sit seventh in the Premier League, five points off the top four, with Liverpool and Chelsea – in sixth and fifth respectively – able to increase that margin with their games in hand.

In his debut season, Mourinho had rescued Spurs from 14th in the table to finish sixth, securing Europa League football for the current campaign.

But after a hot start, Tottenham have faded fast and could now miss out on European football – including the new Europa Conference League – next season altogether.