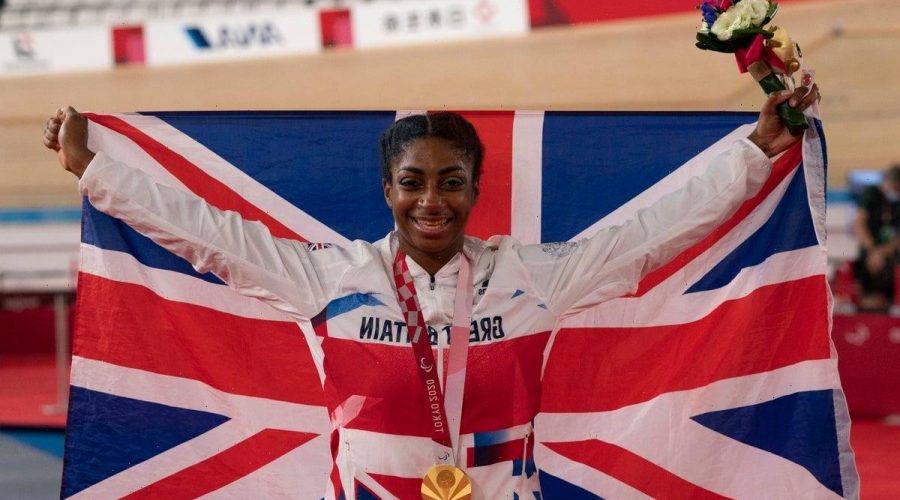 Kadeena Cox smashed the world record as she retained her C4-5 500m time trial title at the Tokyo Paralympics, while there was bronze for Jaco Van Gass.

Multi-sport athlete Cox, who won gold in cycling and athletics at Rio 2016, crossed the line in 34.812, which was reduced to a real time of 34.433 due to her being in the lower of the two classifications.

Canadian Kate O’Brien – a fellow C4 rider, who held the previous global best – finished just over a second slower at the Izu Velodrome.

“I tried not to cry on the podium, I tried to enjoy this moment. I did enjoy Rio but was trying to go well that I didn’t really, it’s a bit overwhelming,” Cox told Channel 4.

“I got a lot of messages from my family before. My grandad has been in and out of hospital, and this one is for him. I just love him.”

Asked if she had a message for anyone watching at home, Cox added: “Do everything you want to do. If you don’t see someone, you don’t think you can be it. People can see me and go on and do better than me.”

Earlier, former soldier Van Gass broke his second world record in as many days but had to settle for third place in the men’s C1-3 1000m time trial.

The Afghanistan veteran, who powered to 3000m individual pursuit gold on Thursday, finished in 1:05.569.

Yet with the event featuring athletes from different classifications, the unprecedented C3 time of Van Gass was not sufficient for another trip to the top of the podium.

Each of the times recorded by Li, Leaute and Van Gass were world records in their respective classifications.