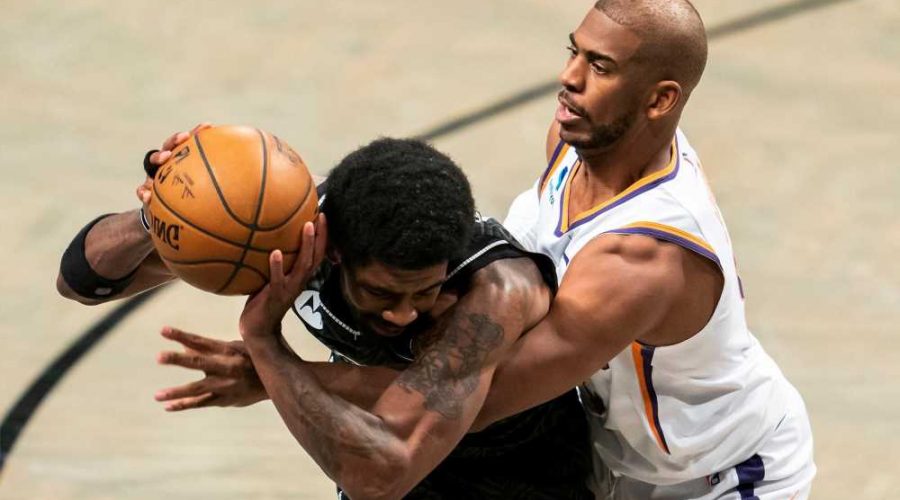 Vegas isn’t a believer in the Knicks’ big surge

In the offseason, Rose told his front office a goal was to trade for former favorite CAA client, Chris Paul, feeling he’d speed up the rebuilding process.

As it turned out, Rose didn’t get his man. In November, Paul wound up traded to Phoenix, where he has resuscitated the Suns.

The Post reported at the time Paul wanted to be closer to his son in Los Angeles and was mixed on the Knicks.

Nobody knows if Paul would’ve turned the Knicks into title contenders this season, but the club has done remarkably well for themselves without him.

All the Knicks’ point guards are free agents this summer and Paul actually has an opt-out clause, but it’s hard to imagine he will use it.

For what it’s worth, Paul has said playing in New York during a pandemic wouldn’t be fun. How wrong he was.

Monday, the league’s two biggest surprises, the Suns and Knicks, meet at the Garden with Paul facing the Payton-Rose tandem.

The Suns stand at 42-18 — second in the Western Conference — making former Knicks forward Monty Williams a Coach of the Year front-runner. They are coming off a 128-119 loss to the Nets on Sunday in which Paul scored 14 points with eight assists but also committed six turnovers.

The Knicks are 34-27 — entering Sunday in fourth place in the East — making Tom Thibodeau a Coach of the Year front-runner. The Knicks are on their longest winning streak since 2013.

“We all have seen what Chris has done throughout his career,’’ Thibodeau said following Sunday’s practice. “When you have a player like that, he hasn’t just played great himself, he’s made everyone around him a lot better. Very dynamic point guard, can score the ball. Can pass, unbelievable vision.”

Before Paul arrived in a trade with Oklahoma City in November, the Suns had shown flashes when they went 8-0 in the Orlando bubble last summer but fell short of the playoffs.

The Suns have kept up that momentum. Another key is Mikal Bridges, whom the Knicks passed on for out-of-the-rotation Kevin Knox in the 2018 draft. Bridges has made another step as a preeminent 3-and-D wing (13.1 points, 52.6 percent shooting, 40.5 from 3).

But it is Paul that has turned the Suns into title contenders.

“Everywhere he’s gone he’s made his team championship-caliber,’’ Thibodeau said. “Hats off to him to be playing at the level he’s playing at his age. Testament to his commitment to being in great shape all the time. It’s not an accident.’’

Don’t ask Derrick Rose to assess the Suns/Paul matchup. For years, when asked about a foe, he gives a stock response that he doesn’t watch games. If Rose watches TV, it is shows with his kids.

“Thirteen years in, I watched enough of it. Even scouting-report things, you feel just, wow, you know every player [because] I’m a student of the game.’’

If Rose isn’t perusing scouting reports, it hasn’t affected his performance. He is on a tear while Payton is sliding.

Thibodeau said Sunday that removing the defensive-oriented Payton as a starter is not happening. He’s comfortable finishing with Rose instead.

Meanwhile, Payton has been a minus in five of the past six games. In the 17-point win over Toronto on Saturday, Payton committed four turnovers and was a minus-9, leading to Garden chants of “We Want Rose.’’

“Elfrid is an important part of the team,’’ Thibodeau said. “He’s not going to play great in every game but there’s a lot of things he does for the team that goes unnoticed. His size at the position, physicality, ability to allow us to switch a lot more 1-through-4. His ability to get into the paint. He’s had tough games and he bounced back the next game and had a great game. We have a lot of confidence in him. Whoever’s going good that’s who we’re going with.’’