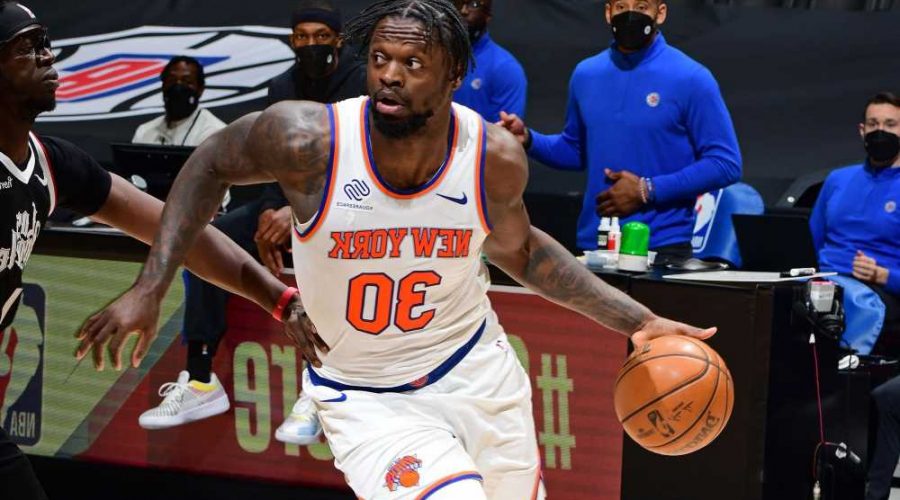 The Knicks now need Julius Randle to be their most improved player from their opening loss to Game 2 against the Hawks.

The first time All-Star forward was named the league’s Most Improved Player on Tuesday night, a source confirmed, capping a tremendous regular season in leading the Knicks to their first postseason appearance since 2013.

The 26-year-old Randle averaged career-highs with 24.1 points, 10.2 rebounds and 6.0 assists, while shooting 41.1 percent from 3-point range. He also led the league in minutes played with 37.6 per game over 71 appearances, missing just one game due to injury.

He beat out Pistons forward Jerami Grant and Nuggets forward Michael Porter Jr. to become the Knicks’ first most-improved winner since the award’s inception in 1985.

Randle shot just 6-for-23 from the floor and was held to 15 points in the Knicks’ 107-105 loss to Atlanta in his postseason debut in Game 1 on Sunday night.

Derrick Rose finished third in the voting for the league’s Sixth Man award, behind Jazz teammates Jordan Clarkson and Joe Ingles. Tom Thibodeau also is a finalist for Coach of the Year, with Utah’s Quin Snyder and Phoenix’s Monty Williams.