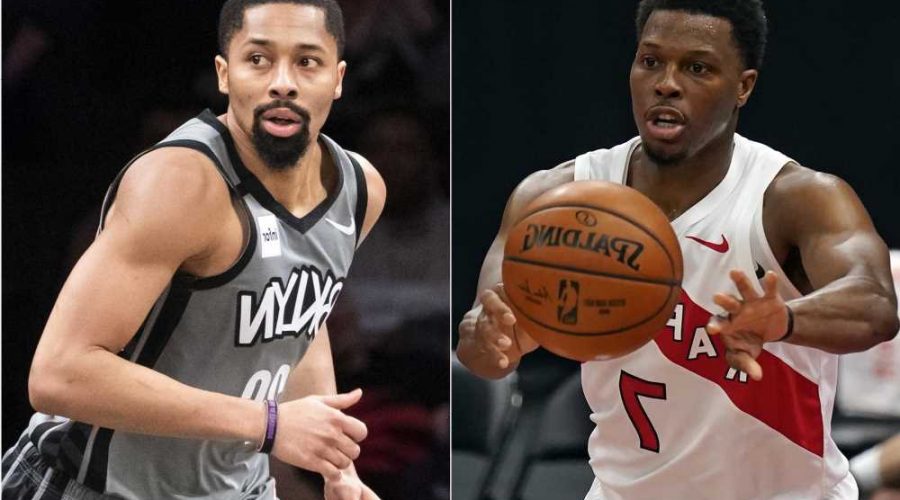 Knicks may have sealed postseason berth in classic fashion

Knicks president Leon Rose should probably explain Thursday’s draft night wheeling and dealing on a media Zoom call, but he’s on a streak of 12 straight months without talking to the press.

Nobody has given the exact reason for his reticence, but it’s likely the agent turned Knicks godfather feels he has spoken with the 41-31 record this past season that brought an end to the franchise’s seven-year playoff drought.

According to an NBA executive who has spoken to Rose, the Knicks’ most baffling draft-night trade — moving the 19th pick for a heavily protected future first-rounder from Charlotte — was done partly to save $2.4 million in cap space for free agency. They never were going to use both of their first-rounders, for cap reasons.

Whether the Charlotte pick is a good trade chip with all its protections — up to 18 next year, 16 in 2023 and 14 in 2024 — depends on whether the stumbling Hornets turn their fortunes around.

But the Knicks do everything with calculated precision — and chief strategist Brock Aller is behind most of it. The Knicks ultimately drafted two players, hard-nosed shooting guard Quentin Grimes (25th) and hard-nosed point guard Miles McBride (36th), who Rose and coach Tom Thibodeau believe were worthy of the team’s original 19th and 21st selections in the first round.

“They got who they wanted when they wanted,’’ one NBA executive in contact with Knicks brass said.

And now the Knicks have cap space — plenty of it. Only four teams will go into free agency beginning Monday night with significant cap space, and the Knicks will lead that brigade with $50 million-plus — if and when they need to remove Frank Ntilikina’s cap hold.

Whether that’s enough to add a star point guard, such as Chris Paul or Kyle Lowry, is unclear. Though Suns owner Robert Sarver gave himself wiggle room on whether Paul will return to Phoenix, Paul wants to come back. If Paul opts out, he might be agreeable to a new three-year, $90 million deal with the Suns.

The Knicks can offer Paul a three-year contract that starts at $39 million, but he may not leave a sure thing in Phoenix (which got him within two wins of his first NBA title) to join his former agent, Rose. Paul’s two kids live in Los Angeles and are now old enough to savor the Suns’ run to the NBA Finals.

Lowry is another bulldog the Knicks would love to add on a whopping two-year deal. But league sources feel the favorites to land the Philadelphia native are Mark Cuban’s Mavericks, the Pelicans and the 76ers (through a sign-and-trade), unless he re-signs with the Raptors.

Even with Lowry and Paul as longshots, the Knicks will have plenty of options — and Thibodeau wouldn’t be upset if Derrick Rose returned in a big role, even if not as starter. The Knicks were 11-14 when they traded for Rose, and went 30-17 the rest of the way.

Digging deeper, the Knicks won 69 percent of the games Rose played, just 47 percent when he didn’t play. Thibodeau wants Rose back. The Knicks don’t have his early Bird rights and need to use cap space. That’s fine, but internal discussions have centered on whether to offer a long-term deal to Rose, who will turn 33 on Oct. 4.

The Bulls noticed Rose looking a little like the guy who once graced United Center and have interest in bringing back the pride of Chicago’s West Side. Rose’s kids and family still live in Chitown, and he once went AWOL from the Knicks during his first stint with the team in 2016 because he was homesick.

The Knicks would be able to outbid other suitors for the Nets’ Spencer Dinwiddie (who is coming off ACL surgery at age 28), Suns backup point guard Cam Payne, Dennis Schroder, Reggie Jackson or even restricted free agent Lonzo Ball, in whom the Bulls also are interested. The Knicks were higher on Ball as a fit in February, but he’s on their list.

There’s also the possibility of a trade for the Cavaliers’ Collin Sexton or the Thunder’s Kemba Walker, though the 31-year-old Walker is aging fast.

A point guard foursome of Rose, Payne, McBride and Luca Vildoza isn’t the worst idea if the Knicks can add one more wing shooter-scorer from a potential list of Evan Fournier, Kelly Oubre, Devonte’ Graham and DeMar DeRozan. The Knicks had trade talks with Orlando at the deadline in March about Fournier, who destroyed Team USA last week while playing for France in the Tokyo Olympics.

This Knicks regime has shown plenty of patience and restraint.

The trust in Thibodeau and the developmental staff is so high, they believe modest free-agent moves will lead to another playoff finish. There’s still a movement to roll cap space forward to 2022, when Bradley Beal, Jimmy Butler and maybe Kawhi Leonard will hit free agency, or to keep flexible for “The Damian Lillard Sweepstakes” the organization believes will still happen.

Rose won’t say it publicly, but the Knicks feel they will be playing with a lot of house money in August.