Piers Morgan and Gary Lineker have accused the government of hypocrisy after hundreds of people were allowed to attend performances at a London theatre – despite football fans still being banned from stadiums.

The London Palladium held two performances of musical Songs for a New World on Sunday, while the same venue also hosted an event on Monday evening which saw former Arsenal manager Arsene Wenger speak about his career.

But despite football supporters being allowed to watch the Frenchman discuss his time with the Gunners in person, they are still unable to attend live matches after the government cancelled plans for the return of supporters this month. 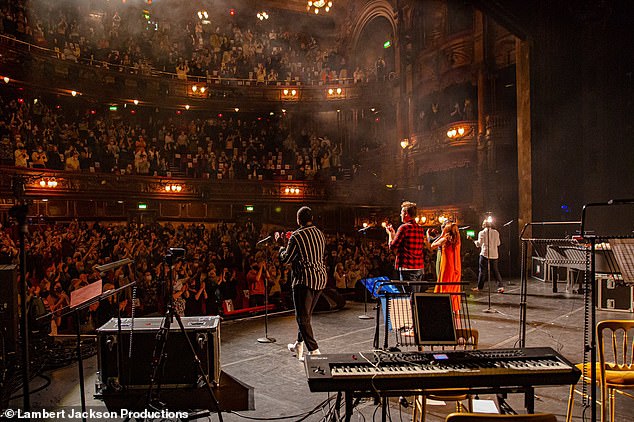 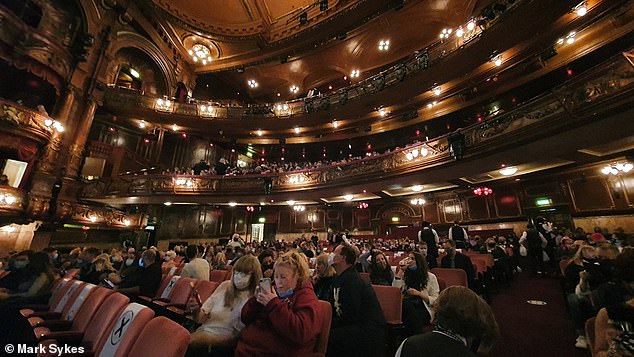 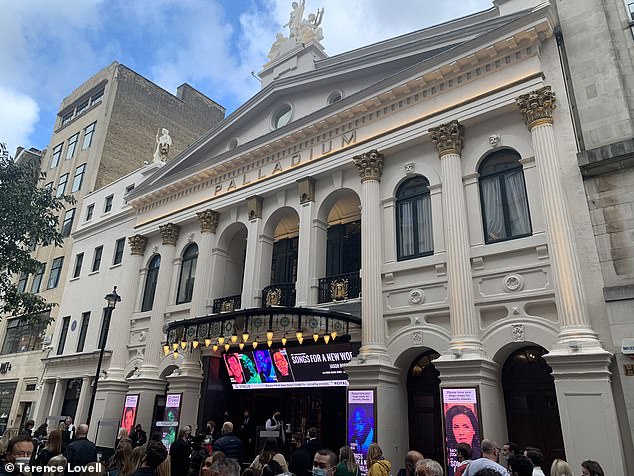 Pictures of a packed Palladium led to widespread fury across social media, with fans questioning why the events were allowed to go ahead inside, while outdoor matches have been deemed unsafe.

Arsenal fan Piers Morgan led the criticism, tweeting a picture of the crowd at the Wenger Q&A along with the message: ‘How can the London Palladium be packed like this last night for an event with Arsene Wenger, but football fans aren’t allowed to watch matches outside even socially distanced? I’m completely bemused.

His view was backed up by Match of the Day host Gary Lineker, who commented on Morgan’s post: ‘Makes no sense whatsoever.

‘You can listen to football chat in a relatively crowded indoor arena, but you can’t watch football with a limited crowd in an outdoor arena.’ 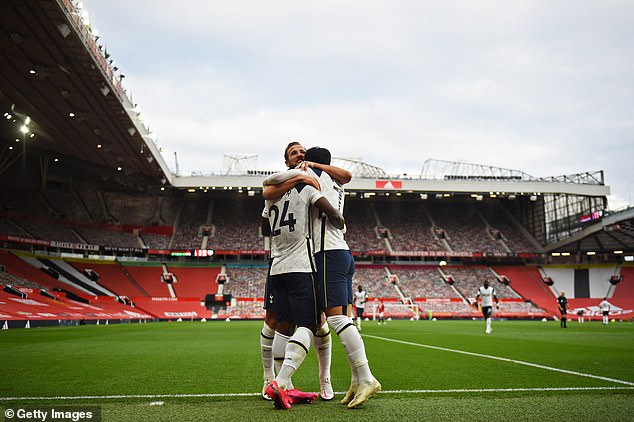 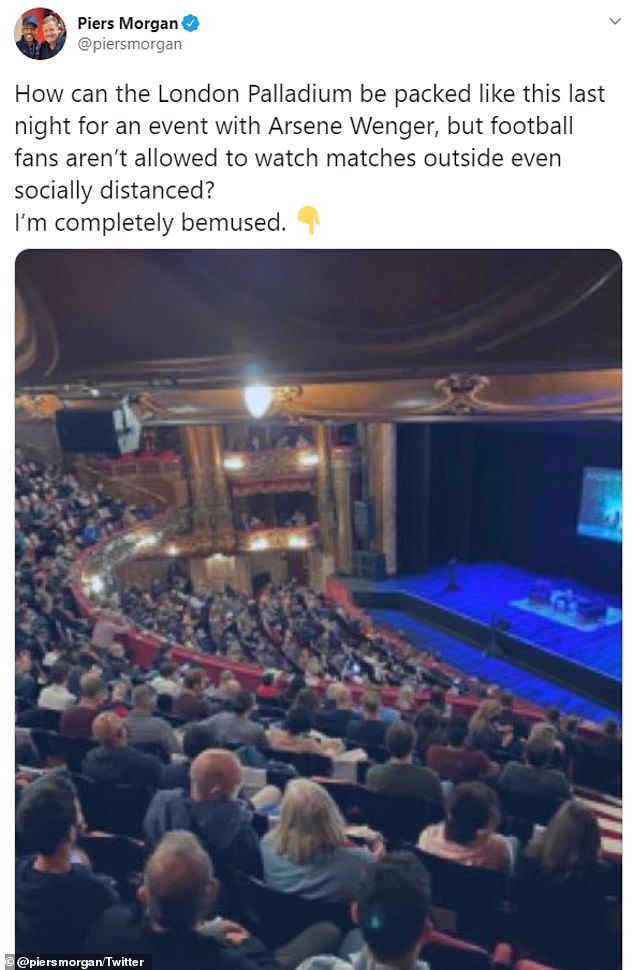 Matches in the Premier League and Football League could be played behind closed doors until April next year after Prime Minister Boris Johnson abandoned plans to allow a small percentage of fans to return from October 1.

And on Wednesday, Culture Secretary Oliver Dowden admitted that there was ‘inconsistency’ in the rules surrounding live events following the shows at the London Palladium.

‘Of course I accept people’s frustration at the inconsistency there,’ the Secretary of State said.

‘In relation to sport, we had sports on a path to normality. At that time I was being attacked by the arts for prioritising sports. The next stage was to have pilots to move to a point from October 1 whereby we would be able to have socially-distanced spectators in stadiums.

‘That is what I desperately wanted to happen. But there is very clear evidence from the scientific community that at this stage of the disease, with rapidly rising infections, we should be imposing restrictions – which we are – not further easements.

‘We are doing things that are positively hateful, but the reason we are doing it is to secure public safety.’

Reacting to the pictures of the Palladium filled with people, Bolton fan @tylerbwfc wrote on Twitter: ‘This is beyond ridiculous Football can’t have its fans – outdoors, massively socially distanced. But the London Palladium can cram 1,000 people into an indoor event. Where’s the logic?’ 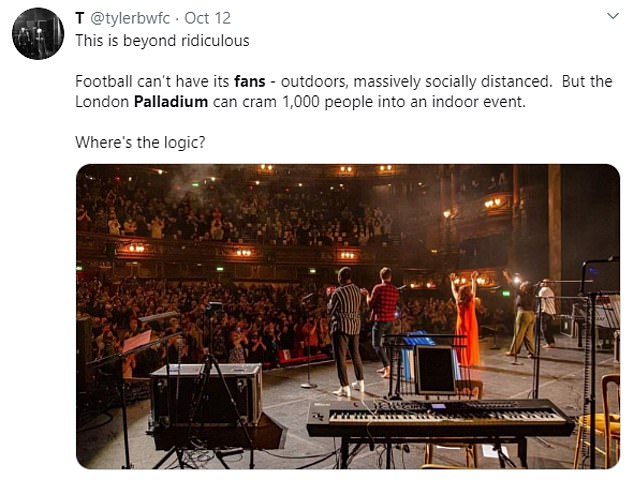 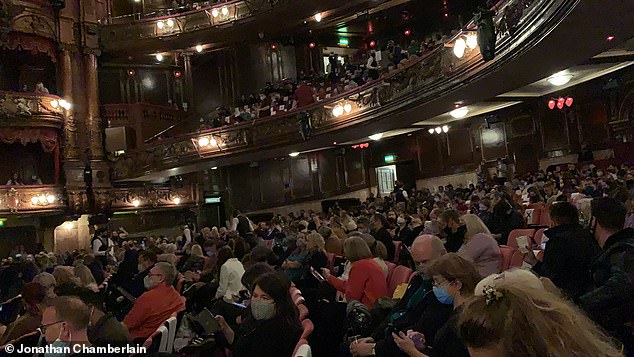 ‘London Palladium last night….. WTF How can the government justify not allowing a small percentage of football fans into outdoor arenas when this is happening?’ wrote @ElmParkRoyals on Twitter.

‘We are repeatedly told transmission risk is higher indoors. It’s the height of inconsistency that’s so frustrating.’ 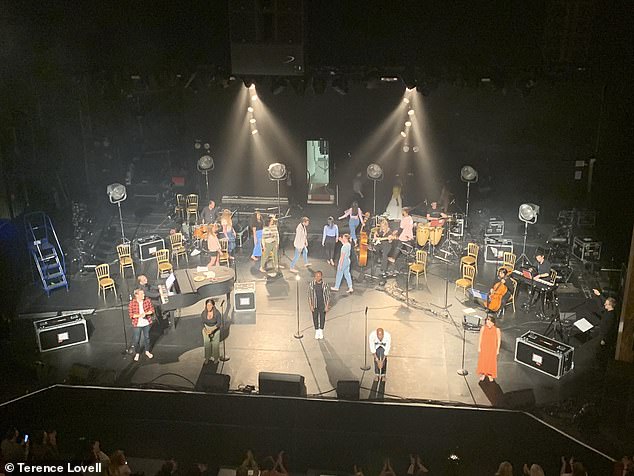 ‘If we had social distancing for sports that is a lot of people coming week in, week out going to sports stadiums up and down the country,’ Mr Dowden added.

On the wider notion of when a return to near normality might be feasible for spectator events, Dowden outlined the potential breakthroughs that may be required but was in no position to posit a timeline.

‘There are three things that could enable this to happen,’ he said.

‘One is clearly the vaccine…the second is in relation to ‘on day’ testing, so if we got to the point where have the level of testing and the confidence in it.

‘The third thing is natural progression of the disease and measures to control it, so we have a confidence that we’ve got it under control and it’s on the right trajectory. Those are all the factors at play which hold me back at this stage from giving that ‘not before’ date.’

Sunday’s events at the London Palladium saw the return of theatregoers to London’s West End for the first time since the coronavirus lockdown was imposed seven months ago.

The orchestra for Songs for a New World sat socially distanced on stage, while the singers avoid facing each other.

Staff at the theatre, owned by Andrew Lloyd Webber’s LW Theatres, carried out temperature checks, urged attendees to follow a one-way route around the building and offered an at-seat delivery service of refreshments.