LIVERPOOL boss Jurgen Klopp and Trent Alexander-Arnold were quickly friends again after it appeared they had a minor touchline fall-out.

The Reds were trailing Fulham 1-0 at Craven Cottage on Sunday when the full-back was subbed off with 22 minutes remaining. 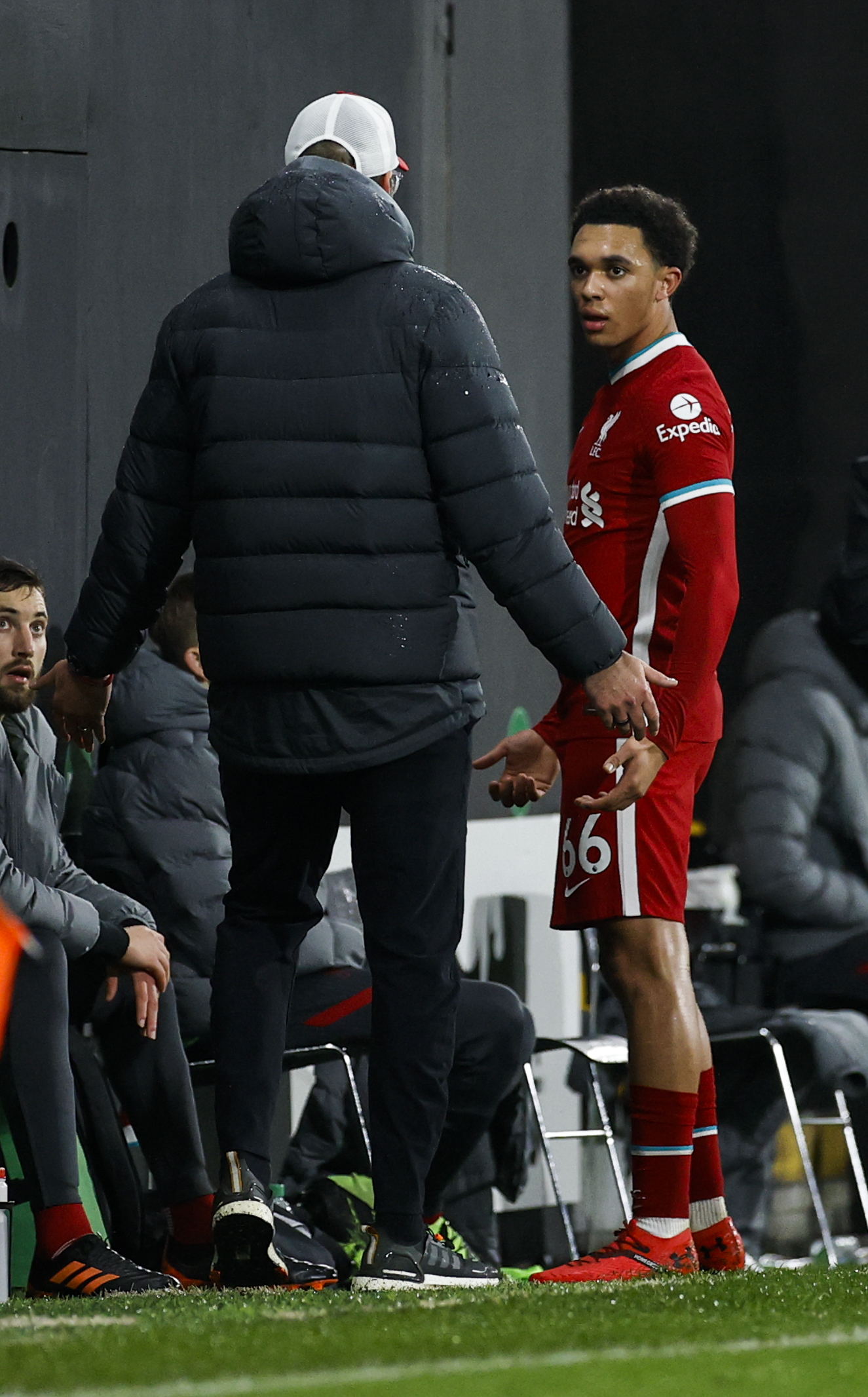 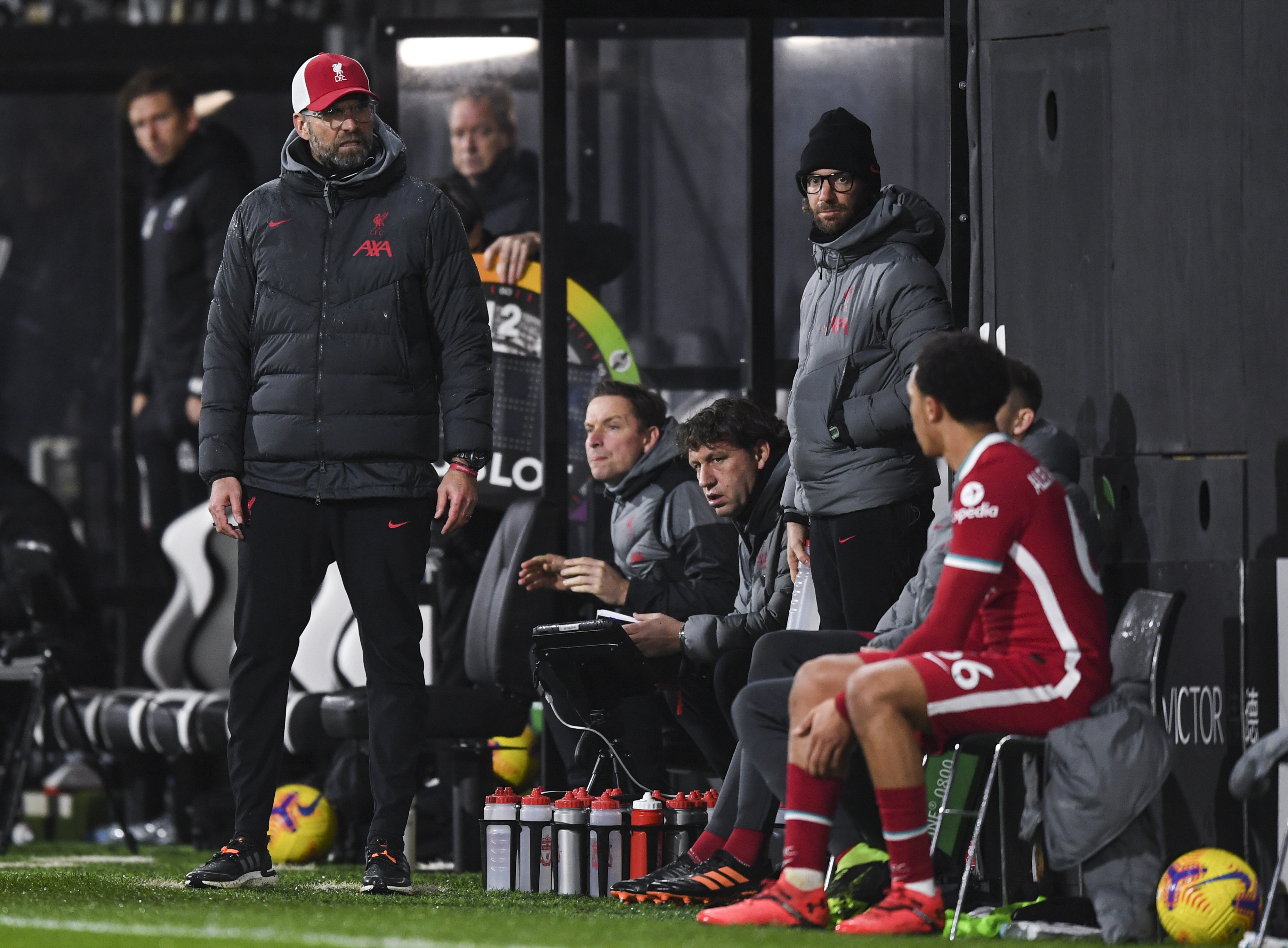 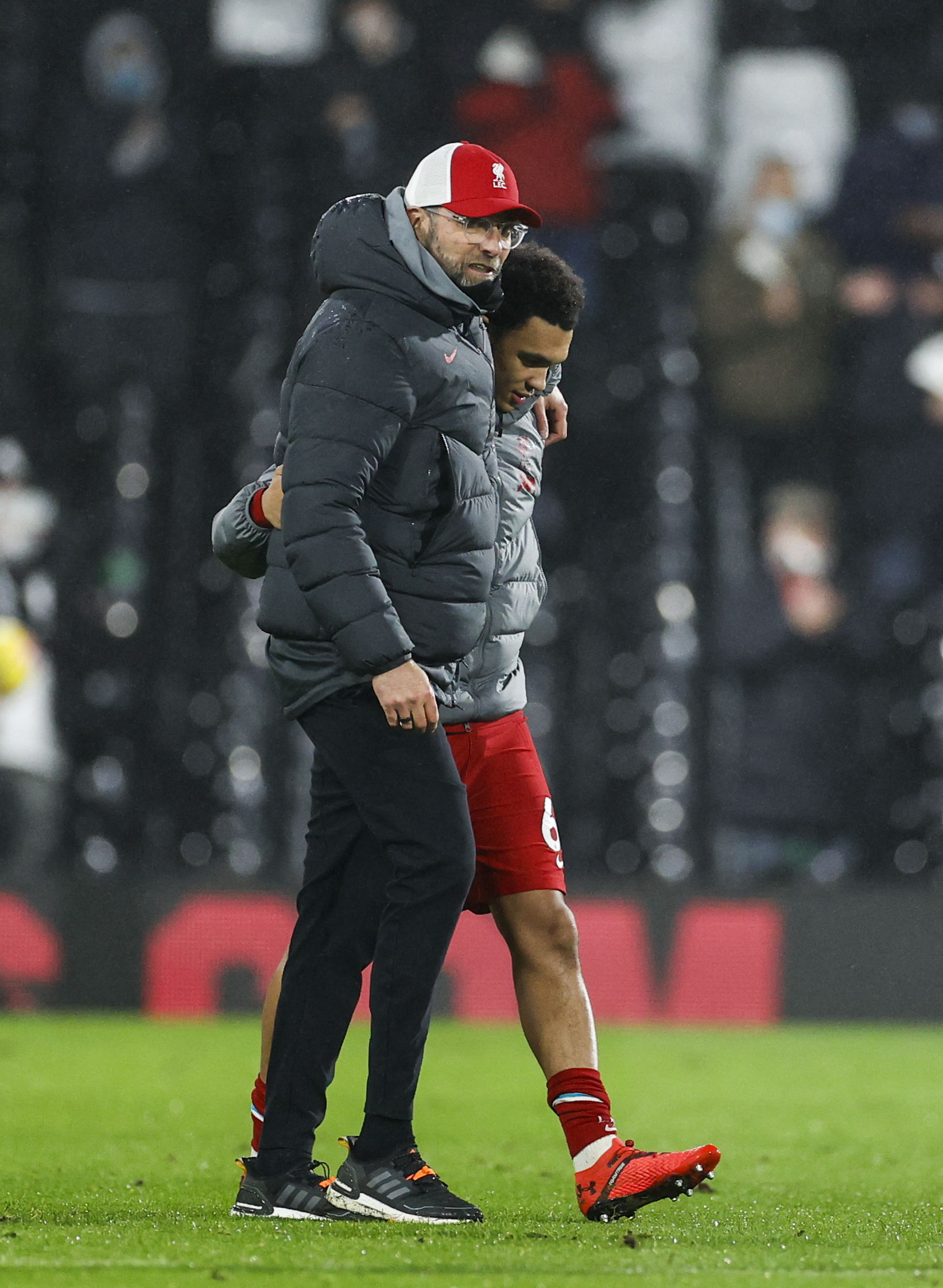 England star Alexander-Arnold, who has recently returned from injury, was replaced by Welsh youngster Neco Williams.

But he did not look too pleased by his manager’s decision as he marched straight towards a pitchside chair without the traditional embrace with his replacement.

Williams jogged straight into the action, not appearing to give it a second thought.

However, Klopp was less than impressed, and he appeared to let his defender know about it.

Sky Sports’ commentary team noticed the incident, with the commentator saying: “Just a little situation you may have seen down there.

“Trent Alexander-Arnold came off, Jurgen Kloop wanted him to welcome on his replacement with a handshake, a reminder of the decorum.”

Klopp was then spotted gesturing with his arms outstretched towards the seated Alexander-Arnold.

But the star looked a little bemused with his manager’s outburst.

Things were quickly forgotten about once Liverpool secured themselves a point with the pair enjoying a hug as they headed off the pitch to the dressing-room.

Mo Salah converted a penalty late on to earn a 1-1 draw.

That result leaves the reigning champions second in the table, just behind leaders Tottenham on goal difference.