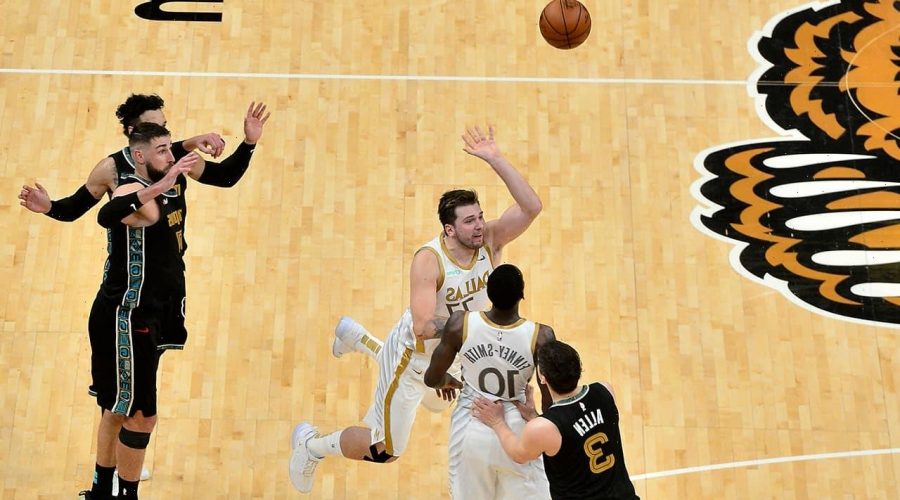 Luka Doncic played the savior for the Dallas Mavericks on Wednesday night against the Memphis Grizzlies.

The Mavericks were down two points with less than two seconds remaining in the game. Doncic got the ball and put up a prayer from just beyond the three-point line and the ball went through the net.

Doncic smiled and tried to get the limited number of fans in Memphis hyped up. He was immediately greeted by teammates, and Tim Hardaway Jr. let a fan know it was a three-pointer and not a two-pointer.

“Honestly, I don’t remember,” Doncic replied when he was asked whether he got a good look at the rim. “I was kind of falling down. It’s kind of lucky, but we’ll take it.”

It was only Doncic’s third three-pointer in the game. He finished with 29 points, five rebounds, nine assists and two steals in the 114-113 victory.

“It certainly was quite a game,” Dallas coach Rick Carlisle said. “A lot of ups and downs. The last play was amazing. You look at the last minute or so. In those situations, you pull off a miracle in a game like that once in a blue moon. It just doesn’t happen very often.”

Doncic’s shot put a damper on Grayson Allen’s performance for the Grizzlies.

Allen scored 23 points and made six three-pointers. Five Grizzlies players were in double figures but the team could not get it done.

“We’re happy with how we played tonight, up to 1.8 seconds,” Memphis star Ja Morant said after the game. “All you can do is force somebody into a tough shot, and Luka made the tough shot. No reason to have our heads down or anything on how we played.”