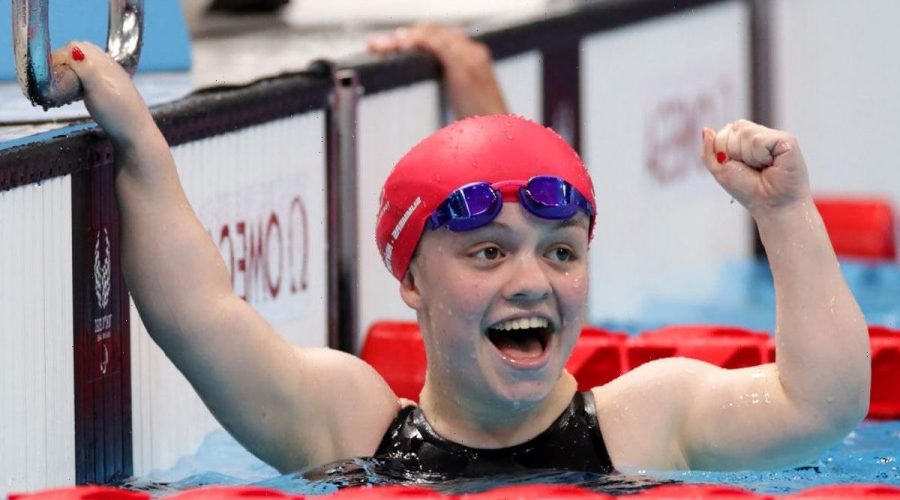 Tully Kearney also topped the podium at the Tokyo Aquatics Centre, storming to victory in the S5 100m freestyle to make up for the disappointment of being denied gold in heart-breaking fashion the previous day.

The pair qualified first and third in the SM6 event, with compatriot Grace Harvey sandwiched in between, while Ukraine’s Yelyzaveta Mereshko laid down a marker in the other heat with a world record time of 2:56.90.

Summers-Newton was clearly inspired by that feat and successfully lowered it to 2:56.68 just hours later.

Silver medallist Mereshko lagged 1.36 seconds behind, while GB flagbearer Simmonds – winner of this event in both London and Rio 2016 – had to settle for fifth, 7.69sec off the pace, with Harvey sixth.

Simmonds said of Summers-Newton: “She’s inspiring that next generation now.

“She’s following in my footsteps four years previously, now she’s the one. 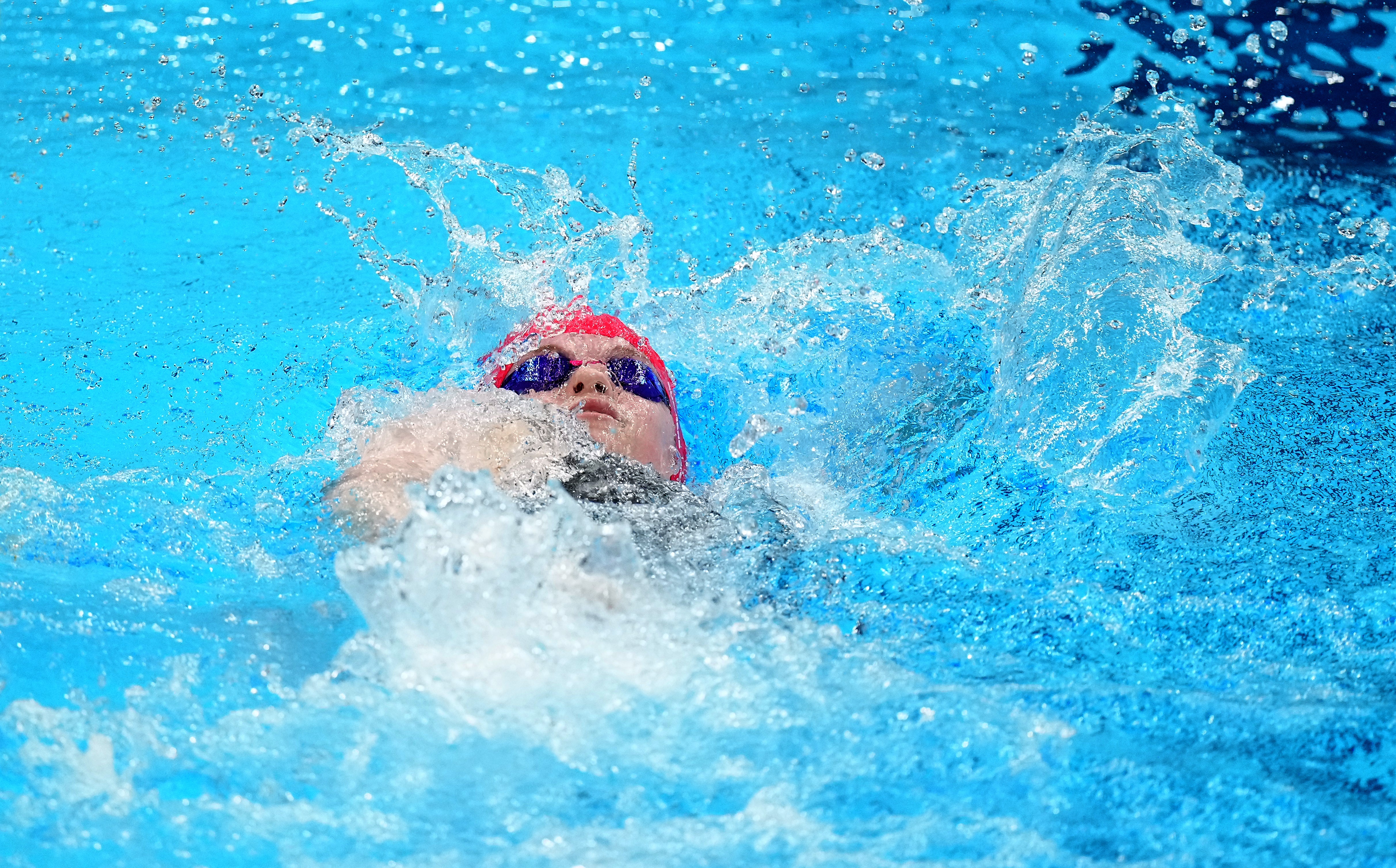 “She’s the nicest girl in the world. I’m so happy for her. She got, I think, inspired by me and I’m sure so many people watching tonight are going to get inspired by her. She’s carrying on that and it’s amazing.

“We saw Mareshko do it this morning, I was like ‘You can do this.’ And she did.”

Reflecting on her own performance, Simmonds, one of the most well-known faces of the Paralympic movement, had no regrets.

“I’m completely happy with it really. It was the fastest that I’ve been this year,” she said.

“I felt super-controlled, super-happy, super-relaxed, and to see Maisie smash it and get the gold and world record, I’m just so happy for her.” 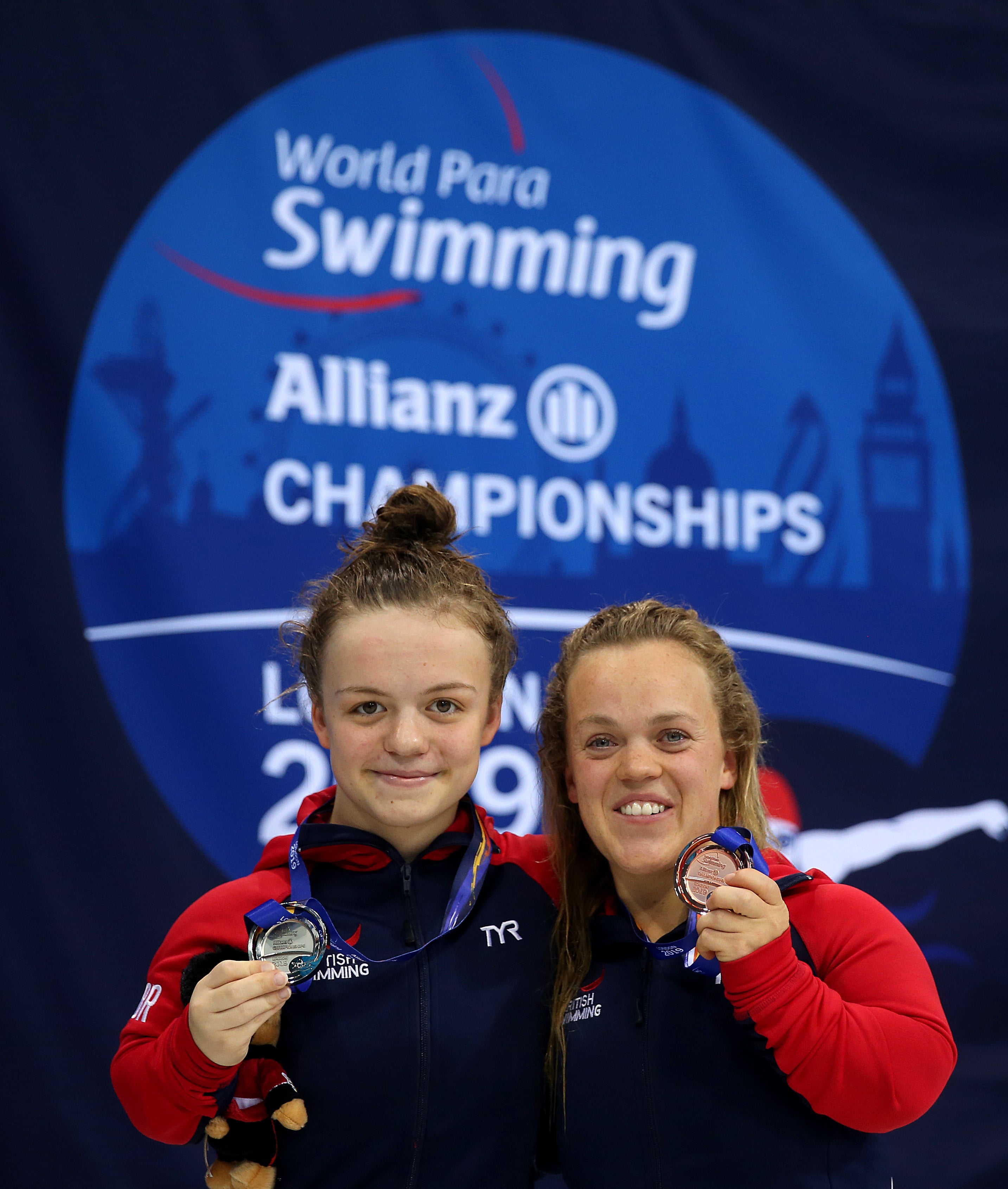 Summers-Newton, who – like Simmonds – has achondroplasia, said: “It’s really, really cool. Ellie is such an amazing swimmer.

“Everything she’s done for para sport is just incredible and I’ve definitely got used to racing her lots now, especially since she got back from Rio so I’m definitely used to it.

“Having her there is really supportive and comforting in a way, knowing she’s done it for such a long time. She’s such a staple in para sport.”

That intriguing battle came in the aftermath of Kearney’s moment of magic.

She stylishly shrugged off any lingering dismay of being pipped at the last by China’s Zhang Li in Wednesday’s 200m freestyle with a convincing performance.

She broke her own world record by almost two seconds, finishing in 1:14.39 as Zhang – 3.41 seconds adrift – this time had to settle for second.

Kearney missed Rio because of injury and was also told by a doctor she may not swim again after her dystonia worsened.

“It’s made everything worth it. I tried not to watch Rio because it made me upset, but there were some people who I really wanted to watch and support from home,” she said.

“Back then it was really frustrating seeing the races won in slower times than I’d produced the year before, and at that point I never thought I’d swim again.

“It was a case of thinking my dream was over and that I’d never get to a Paralympics, so to get here now and win a gold medal is crazy.”