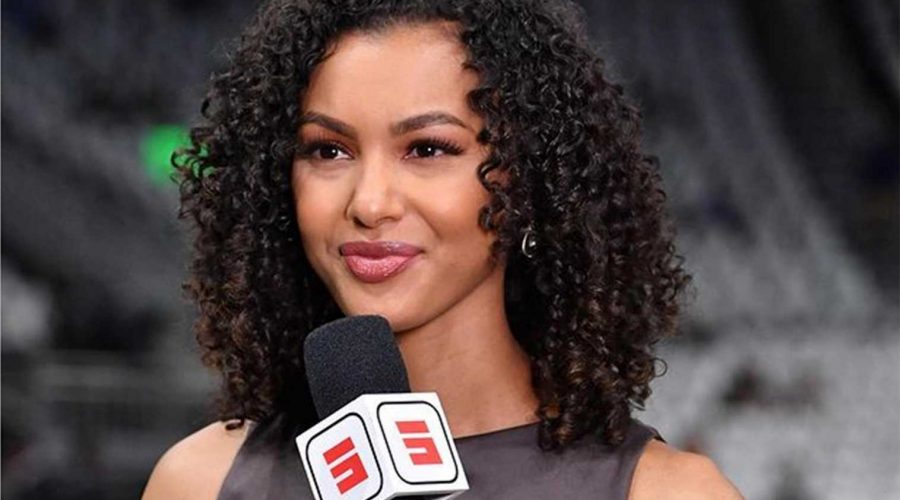 Milwaukee amps up security in anticipation of Bucks victory

ESPN’s rising star didn’t miss a beat, or flub a sentence during Tuesday night’s celebration after the Bucks beat the Suns 105-99 in Game 6 to win their first championship in 50 years — and the internet noticed.

Andrews was widely praised across social media for her veteran-like performance by fans, fellow reporters and her colleagues.

“Very impressive to watch a 26-year-old @malika_andrews interview the world-champion Milwaukee Bucks on national television, and handle it as smoothly and professionally as she has,” longtime ESPN NFL insider Adam Schefter tweeted Tuesday night.

Andrews’ sister Kendra, who covers the Warriors for NBC Sports Bay Area, praised her as a “role model” on Twitter.

At 26-years-old, Andrews is the youngest sports broadcaster to host the NBA Finals Trophy ceremony.

ESPN announced Andrews’ promotion to cover the 2021 NBA Finals in place of “The Jump” host Rachel Nichols amid major turmoil within the network.

Just days before Game 1 of the Finals on July 6, Nichols, a white host, was heard making disparaging “diversity” comments about fellow ESPN host Maria Taylor in a leaked audio clip, published by the New York Times.

Nichols can be heard telling Adam Mendelsohn — a longtime adviser of Lakers star LeBron James and James’ agent, Rich Paul — that ESPN gave NBA Finals hosting duties to Taylor despite the job being initially written in her contract, she claimed.

Nichols then alluded Taylor was given the job because she is Black and the network was “feeling pressure” about its “crappy longtime record on diversity.”

Nichols was unaware she was being recorded while in her hotel room in the 2020 NBA Bubble. She later issued an on-air apology on “The Jump” after ESPN canceled one of her shows amid the controversy. Nichols continued to host the daily show throughout the NBA Finals.

Meanwhile, Taylor hosted NBA Countdown, alongside Jalen Rose and ESPN’s Adrian Wojnarowski, even though her contract with the network expired last week. After the Nichols drama, it’s unclear if she’ll remain at ESPN.

The Post’s Andrew Marchand reported Taylor is looking for a major raise, in the “Stephen A. Smith” ballpark. He rakes in nearly $8 million annually.

However, NBC has its sights set on Taylor.

The Post reported last week that NBC has plans to sign Taylor to work this the Tokyo Olympics, which begin airing on the network this Friday. ESPN has offered Taylor a contract in the $3 million ballpark to remain at the network.

Yet, NBC is poaching her for its sports division, with the potential to host Football Night in America when Mike Tirico focuses more time doing NFL play-by-play announcing.