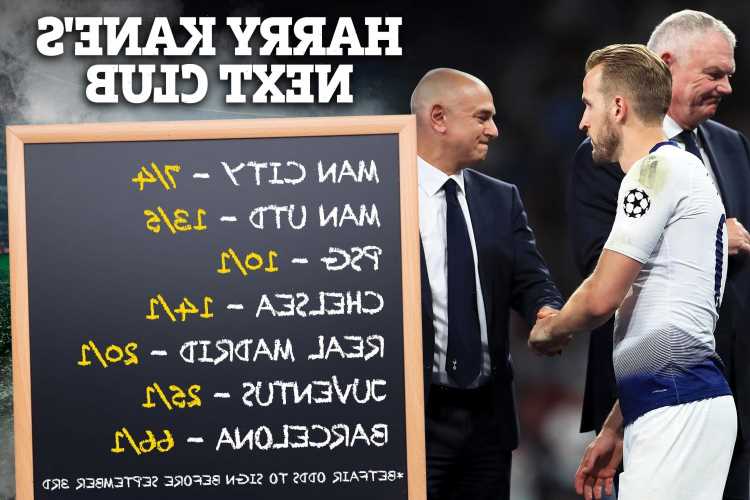 MANCHESTER CITY are the favourites to sign England captain Harry Kane this summer.

That's according to Betfair, who are also offering good odds for the Tottenham striker to move to Manchester United, Paris Saint-Germain and Chelsea. 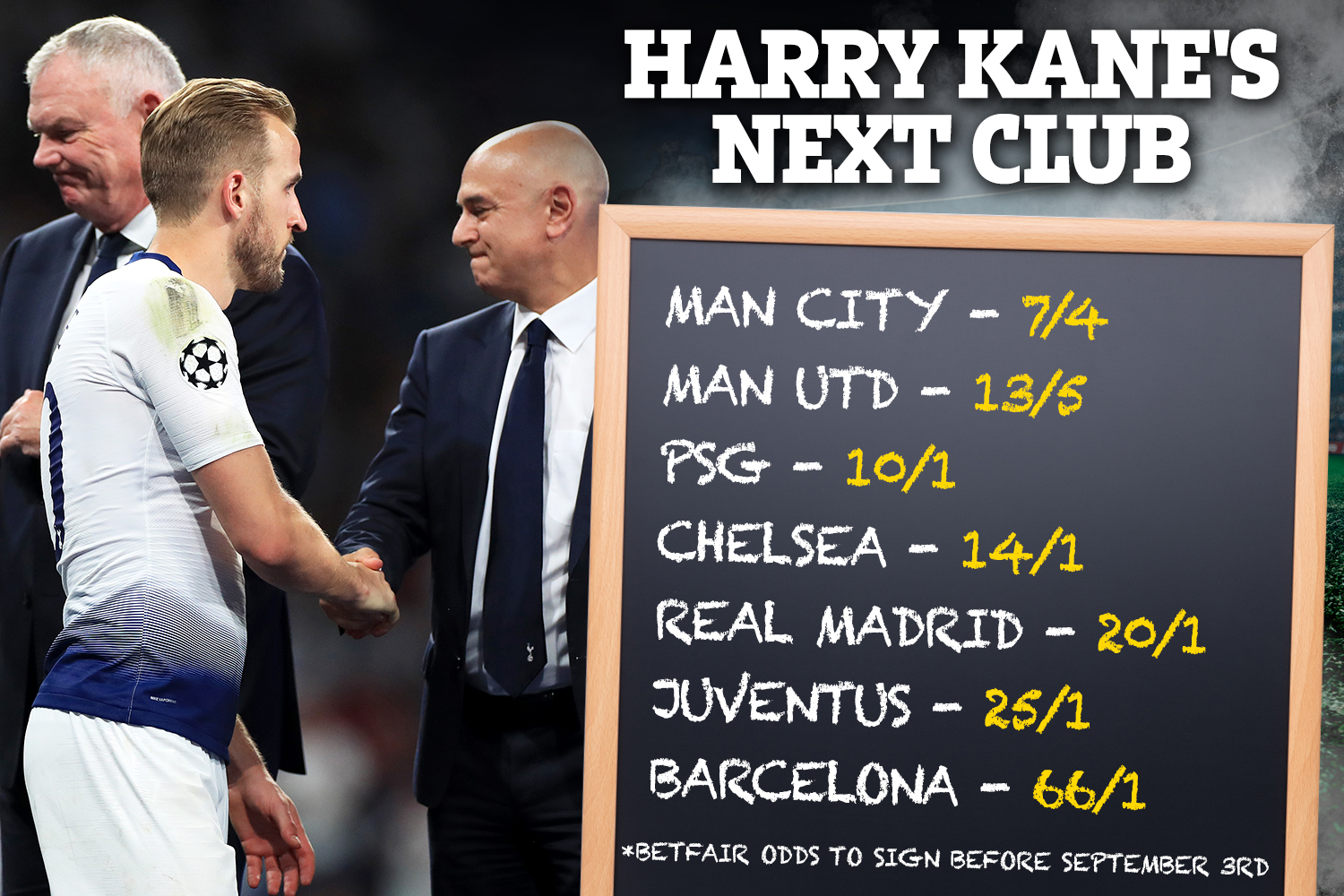 Kane, 27, is the joint leading goalscorer in the Premier League this season with 22, the same amount as Liverpool star Mohamed Salah.

But Kane is yet to win a major trophy in north London, leaving the press to speculate about his future.

He's reportedly told the club he wants to leave this summer in a bid to win silverware.

Kane has finished second in the Champions League, Premier League and League Cup at Spurs.

Should he be allowed to leave, there will be plenty of big clubs willing to snap him up.

Pep Guardiola's side are in need of a new striker with record goalscorer Sergio Aguero leaving the club at the end of the season.

The Red Devils have been linked with the forward for some time, although they may decide not to make a move with Edinson Cavani agreeing a new deal.

A move to PSG would see Kane reunited with ex-Tottenham boss Mauricio Pochettino, which could tempt the player to head overseas.

The England striker may even remain in London yet, with Chelsea at 14/1 for his signature.

17/05/2021 Sport Comments Off on Man City favourites for Harry Kane transfer but Utd, Chelsea, PSG and Juve are snapping at their heels
Lifestyle