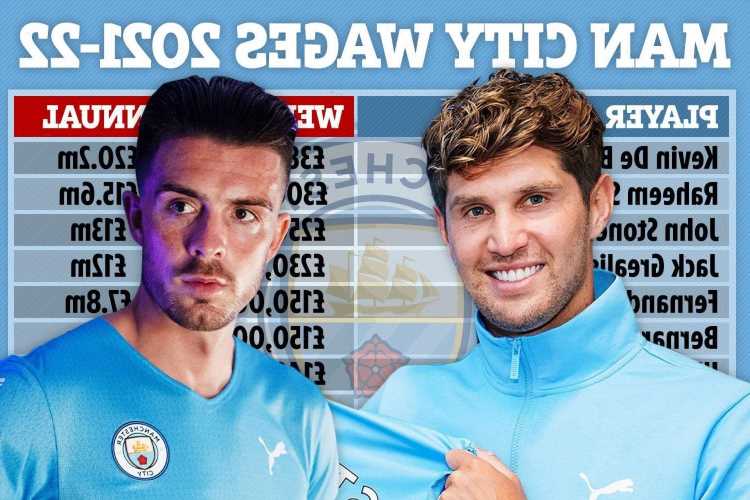 First the Etihad side shattered the British record transfer fee with their £100million move for Jack Grealish on Thursday.

And just five days later, City handed John Stones a bumper new contract as a reward for his fine 2020-21.

But how do those pieces of business affect the club's wage bill?

Raheem Sterling – who is currently believed to be negotiating a new deal at the Etihad – sits second.

The Three Lions centre-back signed a new five-year deal worth £250,000 a week.

Completing the top five is club captain Fernandinho, with the 36-year-old taking home £150,000 per week.

At the other end of the scale, Oleksandr Zinchenko is the club's lowest-paid first-team star.