One probably forgotten by most people given that Manchester United would go on to win the Champions League final in injury time. 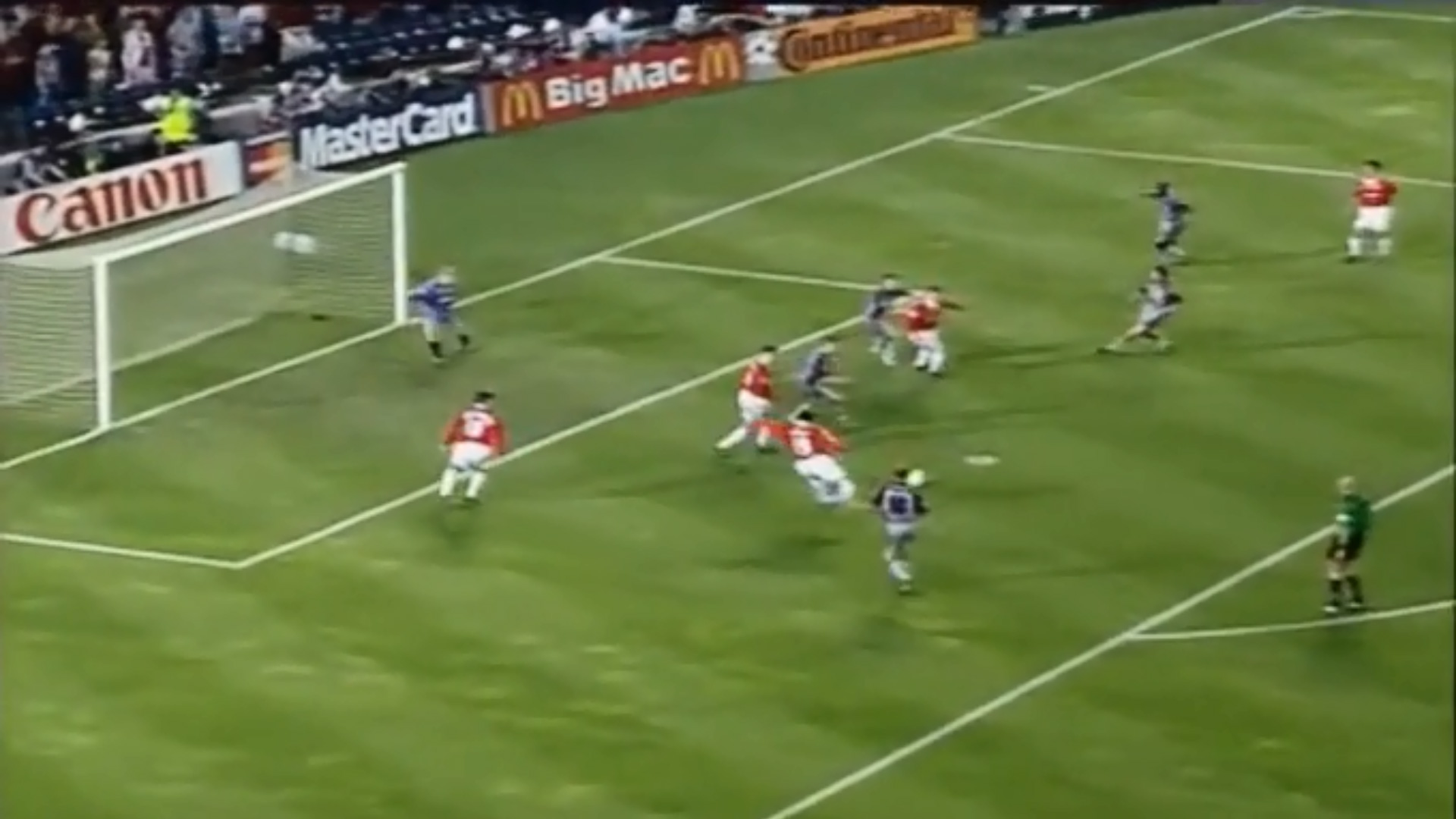 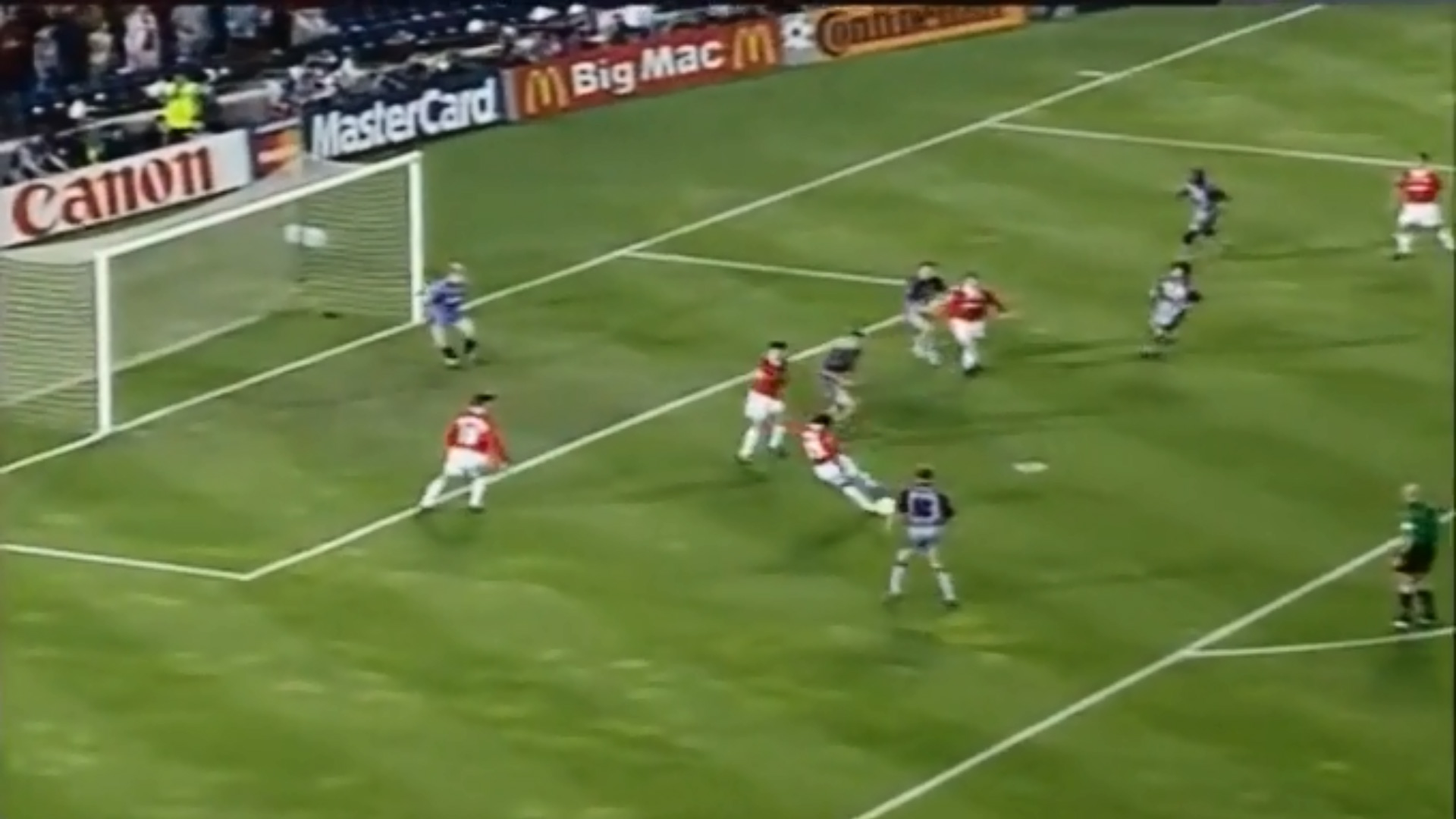 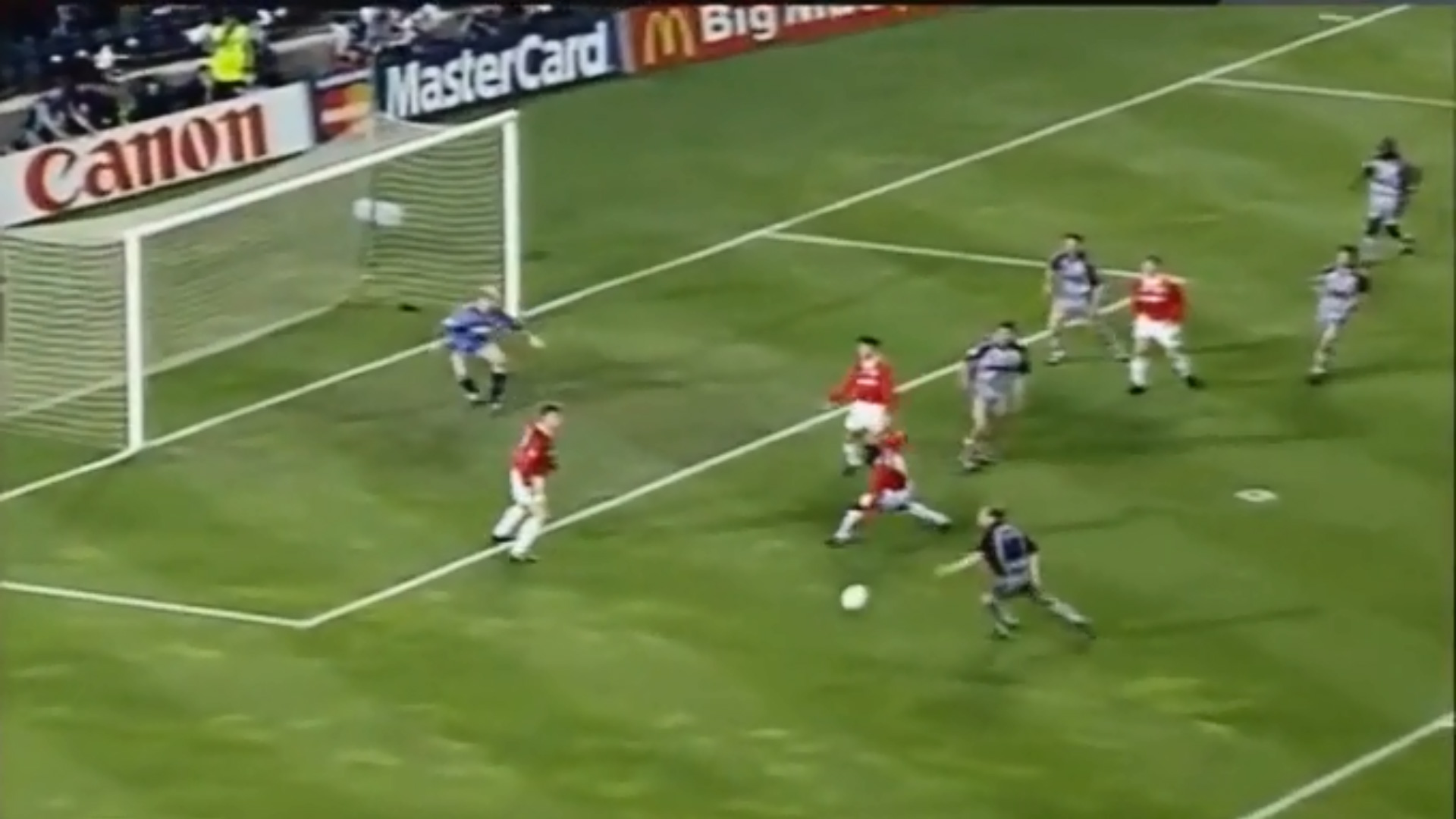 But it was towards the end of normal time against Bayern Munich that Yorke had the chance to put United level.

The man who had already netted 29 goals that season admits the enormity of the moment got to him as he barely put a boot on the ball.

“Before we went out, the gaffer told us to go out and make history. At half-time he warned us if we didn’t turn things round we would be walking past that trophy at the end and unable to touch it.

“But for whatever reason we just weren’t playing well.

“I had been working hard all game to get one opportunity but it just didn’t come.

“Then towards the end a ball comes over from the right and in a split second I thought to myself ‘This is the chance’ and I just snatched at it and shanked it. It was just the enormity of the moment. It just shows what pressure can do. 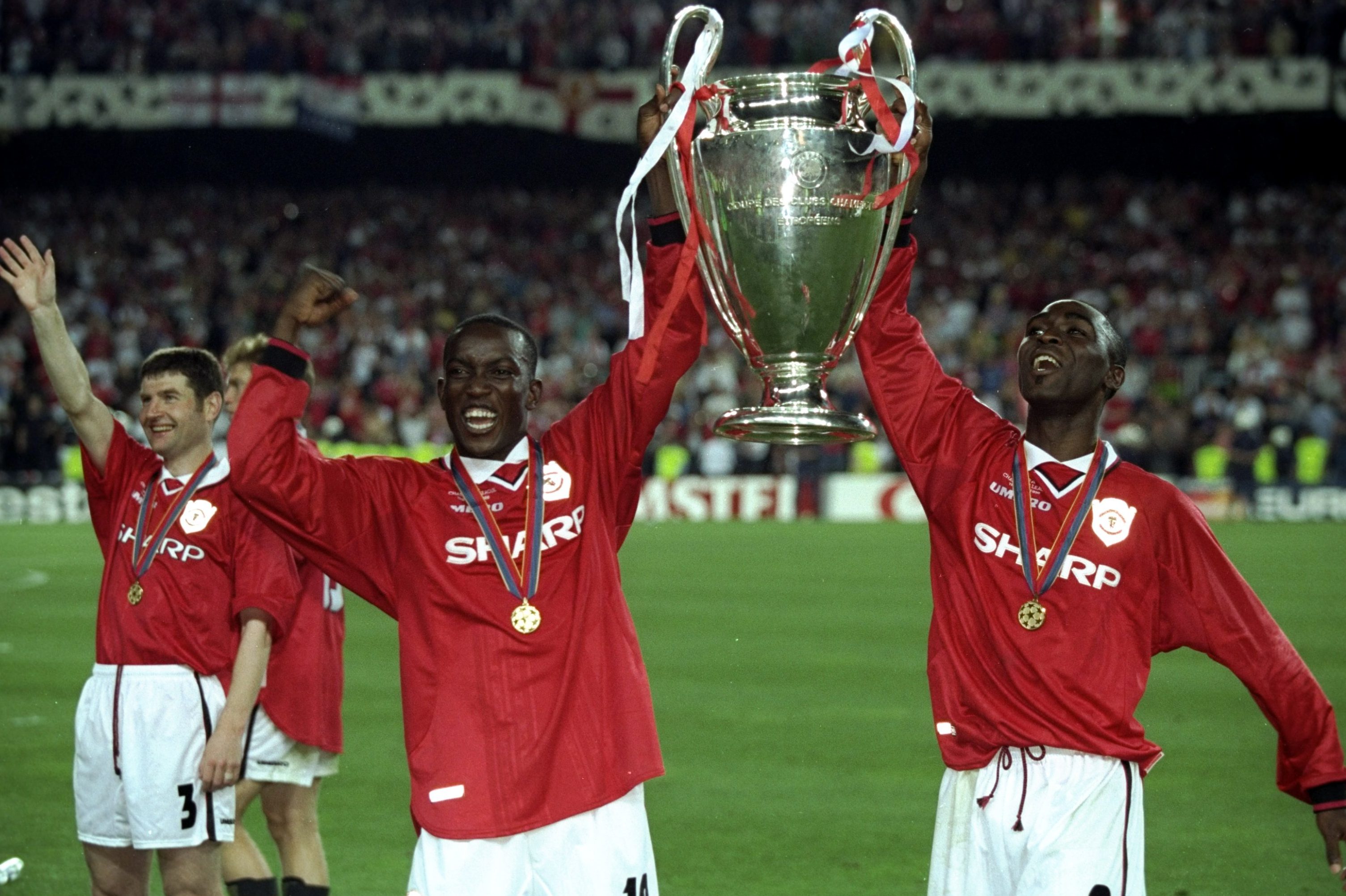 “I just thought ‘oh no’. It was such a big moment. It was the chance to take the game into extra time and I’d missed it. I thought that was it.”

What then happened 20 years ago tomorrow on a balmy night in the Nou Camp is the stuff of legend.

Bayern were 1-0 ahead through Mario Basler and could have been three up.

Then the football world turned on its axis as Teddy Sheringham and Ole Gunnar Solskjaer netted and United completed an unprecedented Treble of Champions League, Premier League and FA Cup.

Yorke said: “Still, 20 years on, it is the only thing people want to talk about.

“Nobody mentions the fact we won three Premier League titles in a row. It’s all about that Treble and that European Cup final.

“That was my first year at the club, a big-money signing and I topped the goalscoring charts and won the Treble. It doesn’t get better.”

Tomorrow, Yorke will take on Bayern again at Old Trafford, with stars from that night on both sides.

He said: “It will be a great occasion. I can barely believe that it is 20 years ago.

“I remember it all and it is a moment that will stay in the history books. That is what sport is all about.”

Chilean striker Sanchez, has had a shocker since joining Manchester United from Arsenal in January 2018 on a huge £505,000-a-week deal.

He has managed just three Premier League goals in that time — while Torres famously struggled to recreate his Liverpool form when he left for Chelsea in 2011.

Ex-United hotshot Cole, 47, said: “Sanchez is a bit like the Torres thing. He wasn’t the same and left everyone scratching their head. Similar to Sanchez now.

“You can’t become a bad player overnight. I keep saying to myself he’ll turn it around. If it’s at United we’ll have to wait and see, but he has too many qualities.”

United missed out on the Champions League in a dreadful end to the campaign.

And Cole, who played with boss Ole Gunnar Solskjaer in the 1999 Treble-winning team, added: “He’s got a big summer ahead. We don’t score enough goals — Ole will look at that in the summer. ”