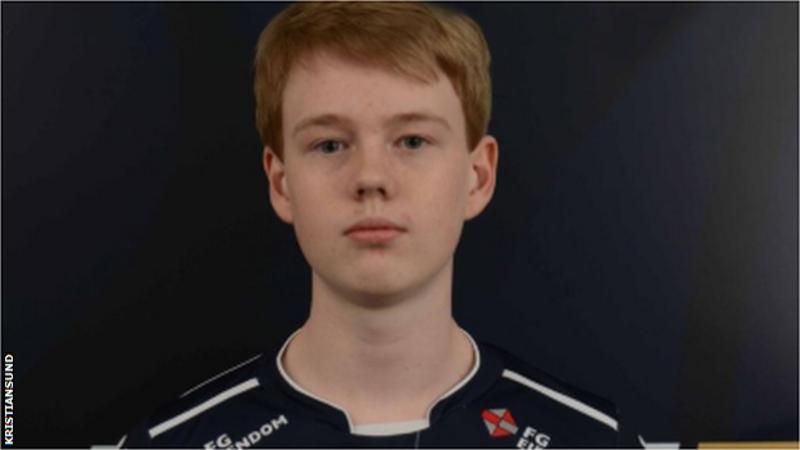 Imagine making your senior debut for your family’s hometown club against Manchester United, the team managed by your father.

It’s the stuff of dreams for many young footballers – but it could become reality for midfielder Noah Solskjaer.

The 19-year-old son of Ole Gunnar Solskjaer has been named in Norwegian side Kristiansund’s squad to face United in a pre-season friendly on Tuesday.

Noah, who has made 13 appearances for Kristiansund’s B team, has been training with the senior side and could be in line to make a memorable debut in Oslo.

But how does Noah compare?

“While his father was more effective the closer he came to the box, Noah is more the one who sets up the attacks,” says Kristiansund manager Christian Michelsen.

“He has lots of skills and football understanding – Noah has gone to a good school. He and several of these youngsters have been with us for a while.”

In a recent interview, Noah revealed he doesn’t base his game on his father – he chooses to emulate another former Manchester United player, Michael Carrick.

“I have a small role model in Michael Carrick,” he said of United’s current first-team coach.

“In the beginning I started up front, but the longer it has gone on I have gone further back in the side.

“I’m now more of a number six in midfield than a number 10. It would be nice to get in the game. After seeing such big games, I’ve got used to it.”