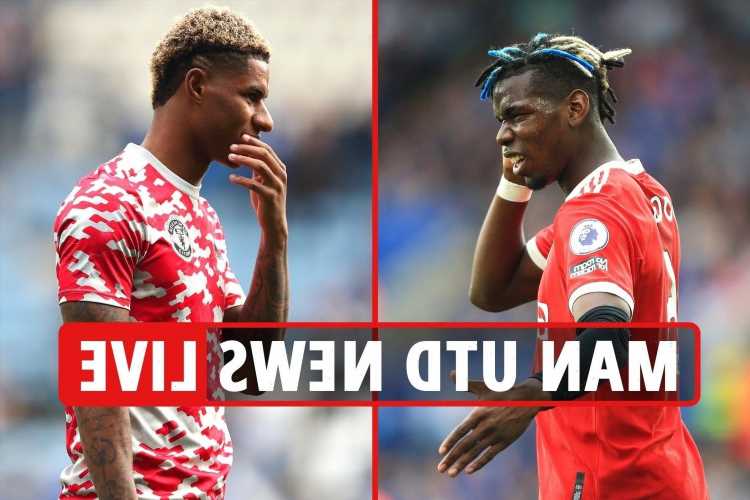 MANCHESTER UNITED are reeling after a 4-2 defeat to Leicester that suggests they may spend another season without challenging for the title.

And Cristiano Ronaldo was one player who trudged off the pitch in a huff in the East Midlands, with Solskjaer having to convince the superstar to clap the away supporters.

The Portugal captain is believed to have told Ole Gunnar Solskjaer he is ready to play every game after being dropped for Edinson Cavani two weeks ago.

Meanwhile some reports suggest Marcus Rashford's camp is upset by the United boss' comments suggesting he needs to prioritise his football over social causes.

And with results taking a turn for the worse, there are some reports that Paul Pogba, who is out of contract in summer, has no inclination to sign a new deal.

Follow ALL the latest news, updates and transfer gossip from Old Trafford…