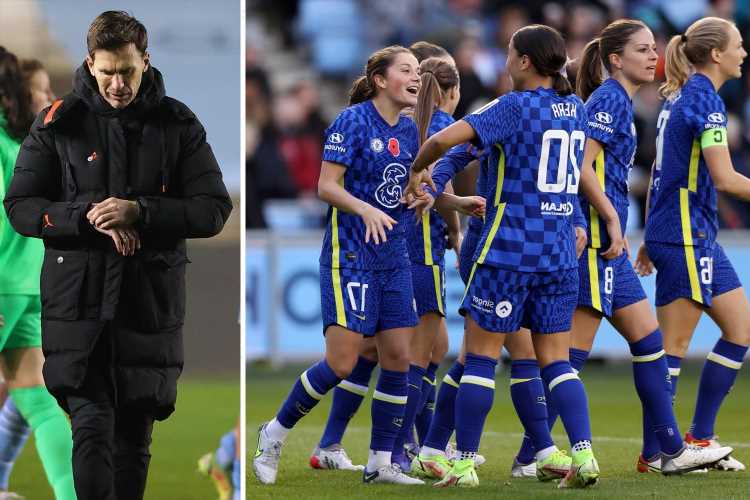 The duos’ strikes and two goals in three minutes from Fran Kirby and Magda Eriksson saw Chelsea trounce their rivals 4-0. 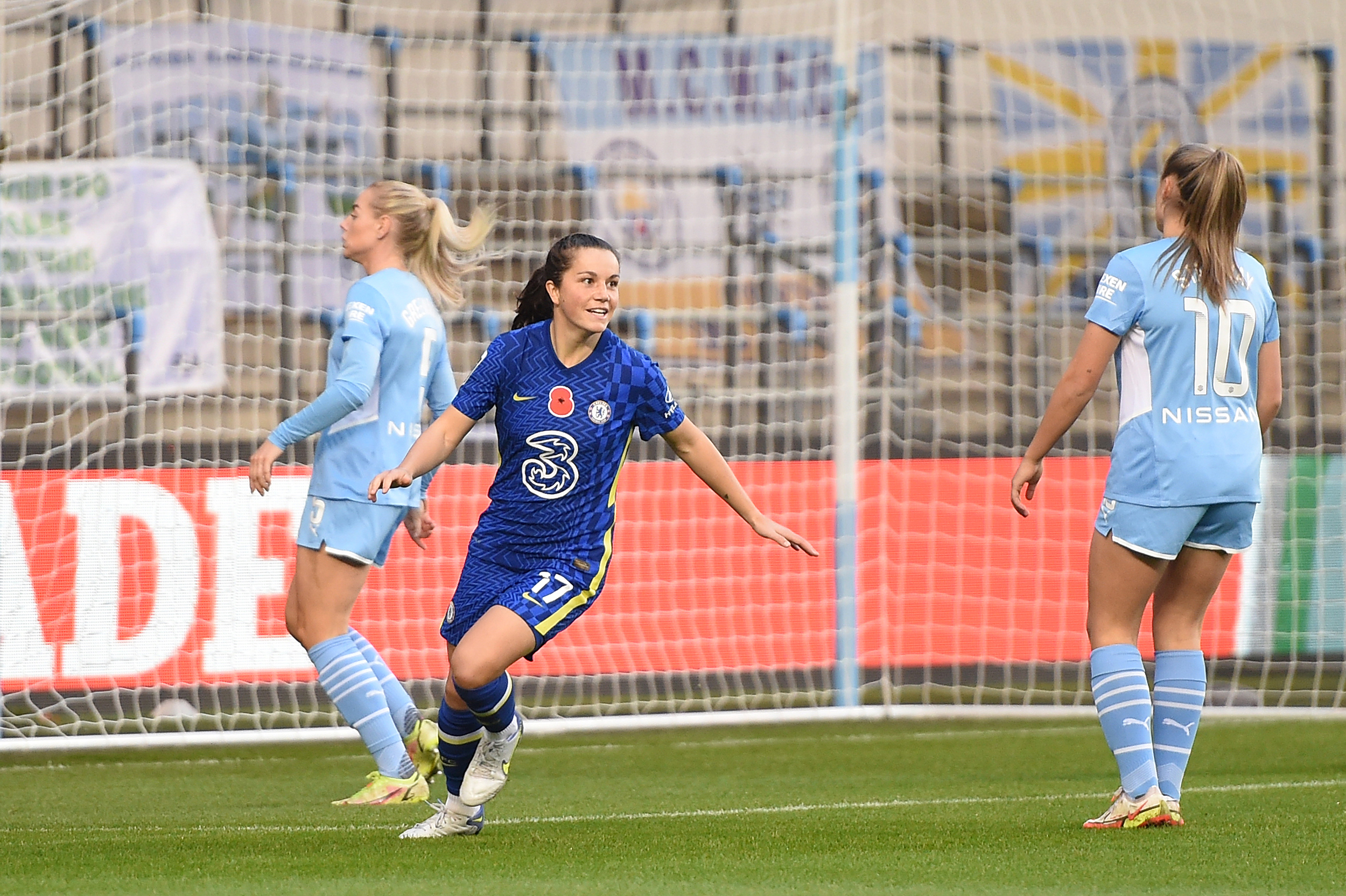 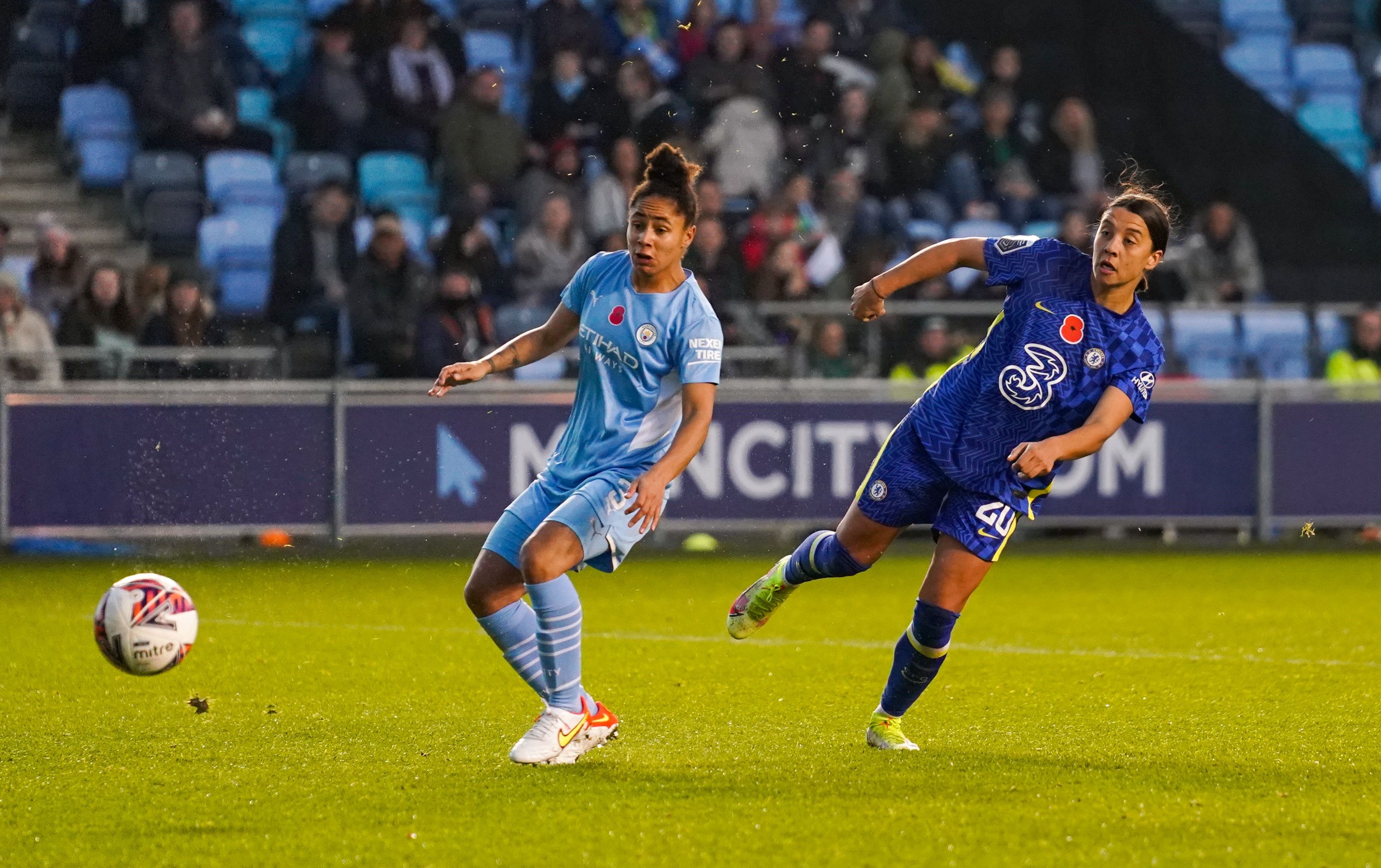 The WSL champs, who cut Arsenal’s lead to just a point, nabbed the fastest league goal of the season and their first top-flight match win at the Academy Stadium.

And the result piles pressure on Gareth Taylor with his side dropping from seventh to ninth and ten points behind the league-leading Gunners.

When asked if he was considering his position, Taylor said: “There’s nothing for me to consider.

"Until I’m told anything different, I carry on and I work as hard as I’ve ever done.

"I’m working so hard in this period, with a lot of constraints with the injuries that we have, but the players today showed me that we are capable of playing the way we want to play.

"We just need that little bit of good fortune, to be more ruthless in attack when it matters and cut out errors at the back.

"We know Chelsea are a very good team. Our attitude still is to qualify for Europe.”

The Blues may not have expected the gift of a goal on their rivals’ home turf at one minute and six seconds.

This came courtesy of a dodgy pass from Karima Taieb being intercepted by Fleming.

And the Canada star made no mistake coolly slotting home with the City stopper having kept just one clean sheet in seven games this term.

The hosts, eager to make amends, went on the attack and came close levelling through Caroline Weir in the eighth minute. 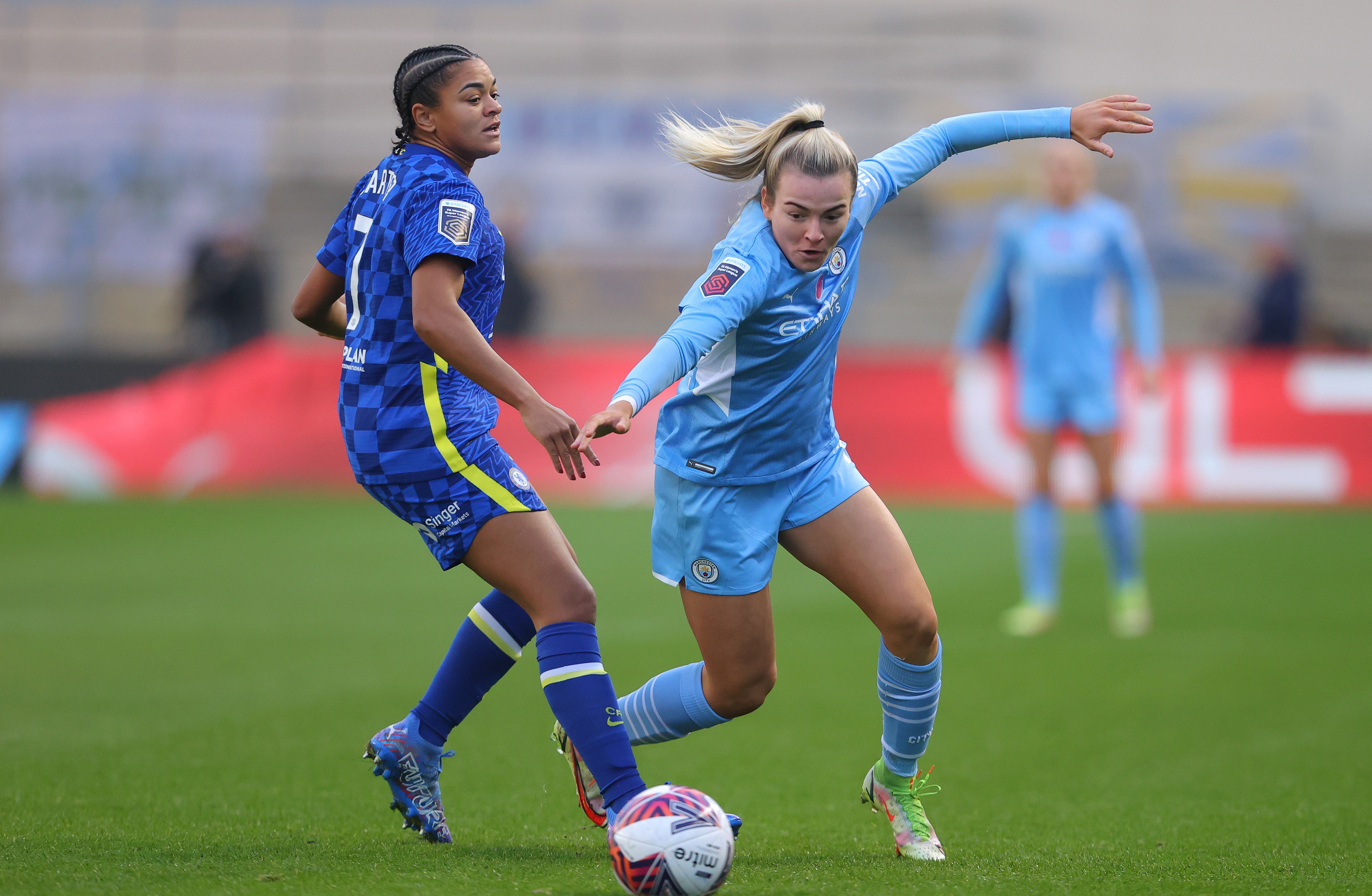 A well-timed through ball from Keira Walsh saw the Scotland ace put through on goal with Ann-Katrin Berger pulling off a fine save.

And they had a half-decent scoring chance from a corner with Alex Greenwood's header which was caught by the keeper.

A rare Blues lapse at the back saw Lauren Hemp clean through before a collision with Berger led to both needing treatment.

And there were questions over whether there should have been a pen with televised replays showing Berger making contact with the forward.

On the incident, Taylor said: “From where I was I could see Lauren got to the ball first and when that happens and there's contact, it's a penalty.”

We were prepared for a technical onslaught from Man City, but we adapted so well to it.

Despite having 60 per cent of possession the hosts conceded on the stroke of half-time through Kerr moments after Georgia Stanway was dispossessed.

The second half saw Chelsea turn the screw with two quickfire goals.

First through Kirby curling in a stunning top corner strike in the 53rd minute and Eriksson leaping high to head past an outstretched Taieb following a corner.

The hosts had a strong chance of nabbing a consolation goal through Hemp.

And the title holders saw out the win with a Champions League game against Servette up next. 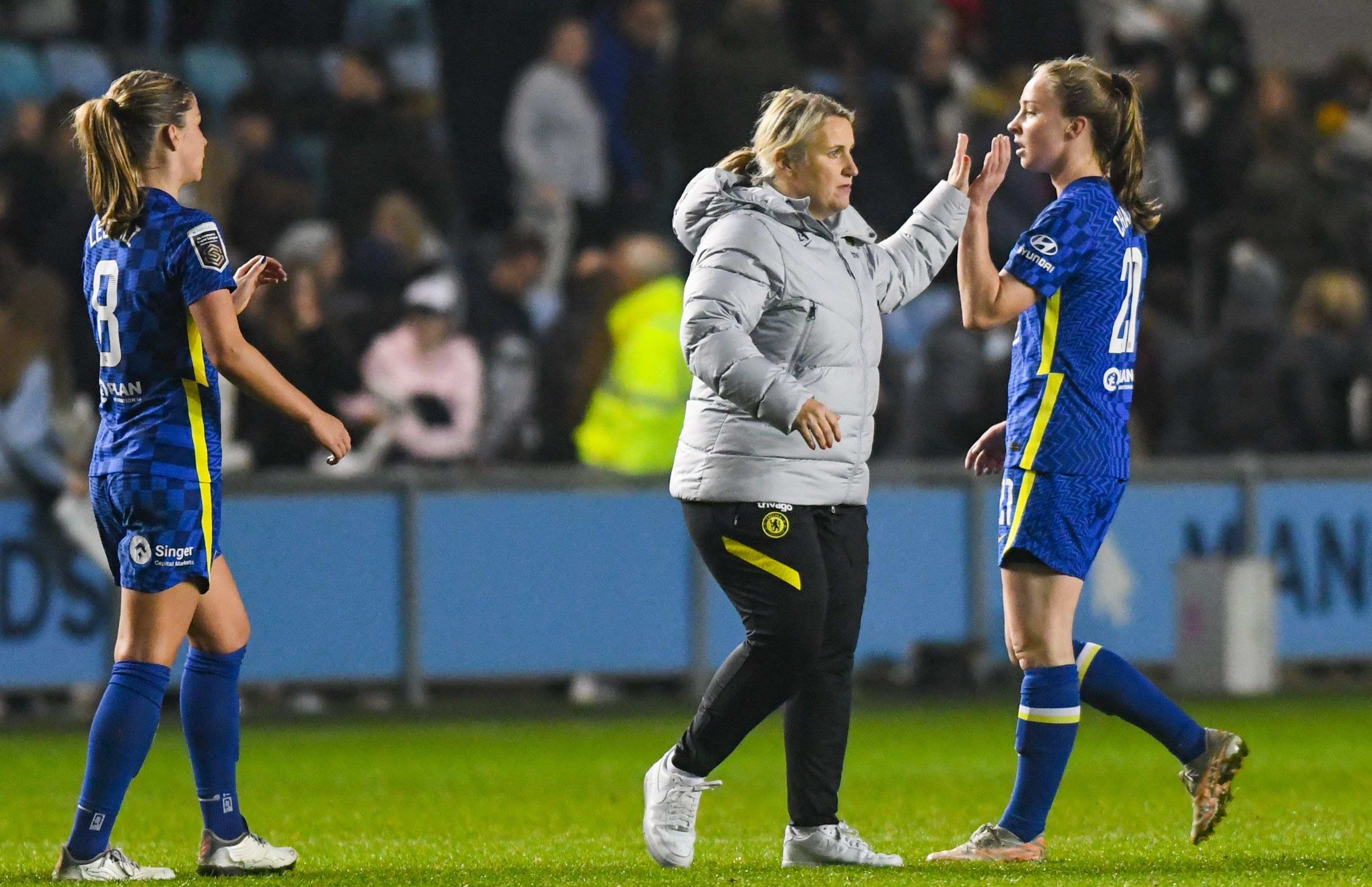 On her team’s performance, Hayes said: We knew this was going to be a very difficult game.

“We were prepared for a technical onslaught from Man City, but we adapted so well to it. We played like champions.

“They may have had more passes of the ball but I think Ann only had one save to make."