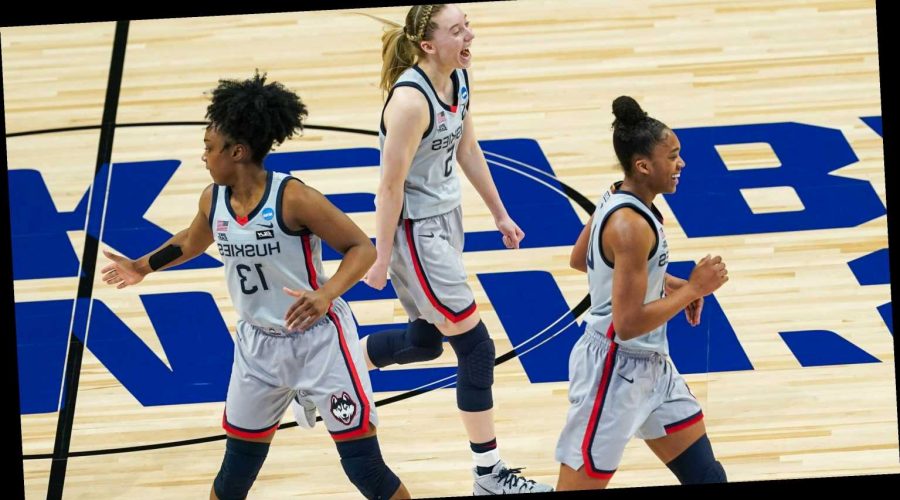 The fireworks will begin early.

In the first game of the day, the No.1 Connecticut Huskies take on the No. 5 Iowa Hawkeyes in a game that will put two of college basketball's most impressive freshmen on center stage.

Paige Bueckers, who was called "the best player in basketball already," by Huskies legend Diana Taurasi, leads the way for UConn. Iowa answers with Caitlin Clark: the nation's leading scorer who also ranks second in the country in assists.

The Huskies have reached the Elite Eight in every NCAA Tournament since 2005. Can Clark and the Hawkeyes halt them?

BRACKETS: How are your NCAA Tournament picks looking?

Here's everything you need to know about Saturday's women's NCAA Tournament games (all times Eastern and all betting odds via BetMGM as of 11:59 p.m. Friday):

How to stream:ESPN3, ABC, fuboTV.

How to stream: ESPN3, ABC, fuboTV.

No. 4 Indiana vs. No. 1 North Carolina State

How to stream: ESPN3, fuboTV.

How to stream: ESPN3, fuboTV.