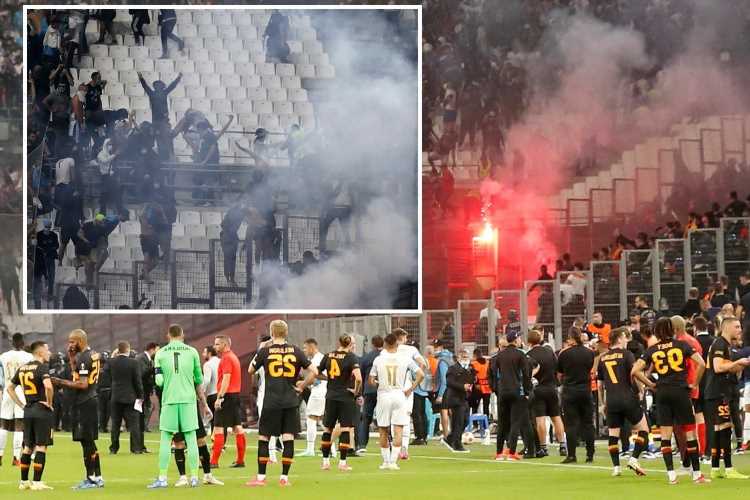 CROWD chaos caused Marseille vs Galatasaray to be suspended as rival fans launched flares at each other and brawled in the stands.

Ref Pawel Raczkowski was forced to pause the Europa League clash as tempers boiled over at a tense Stade Velodrome. 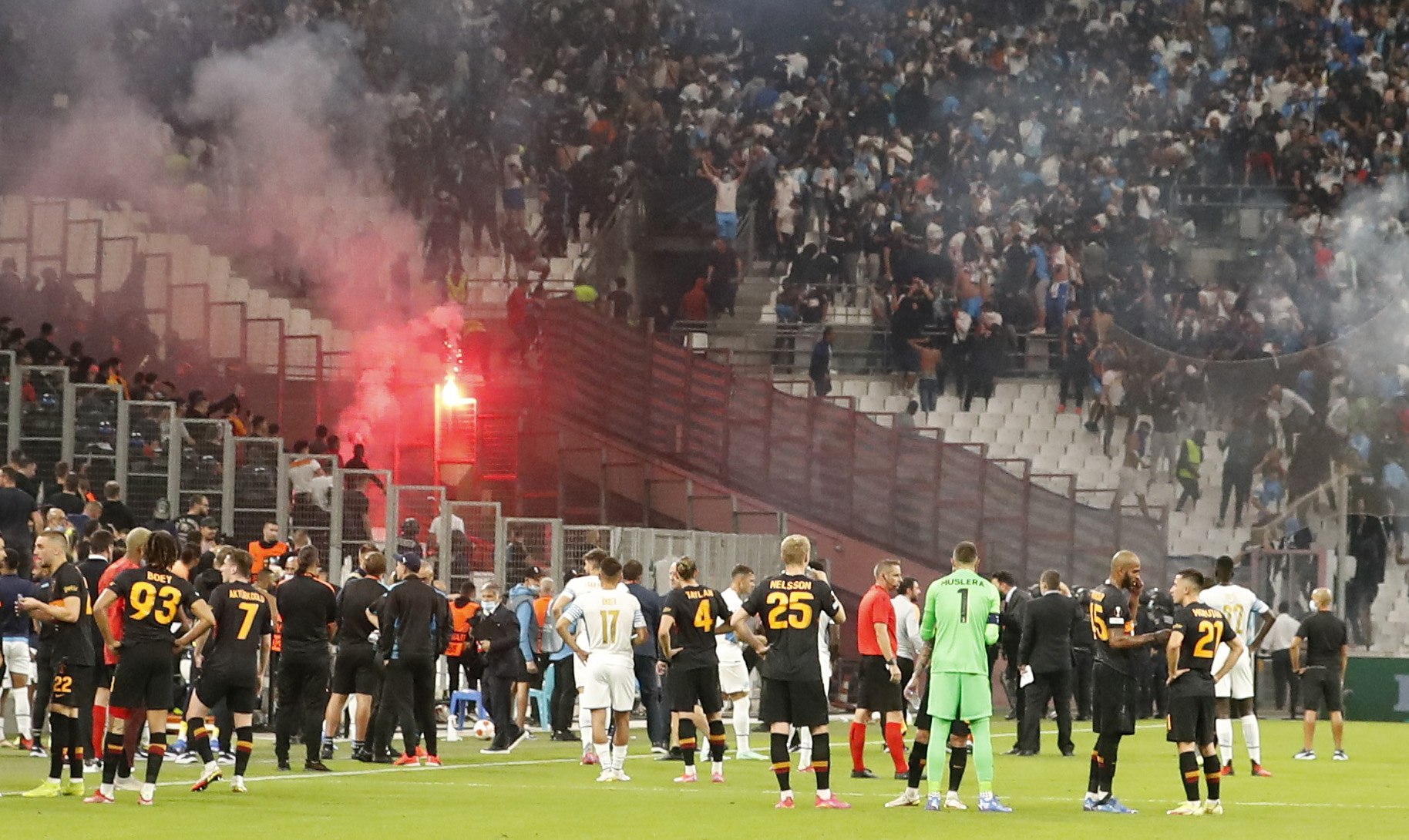 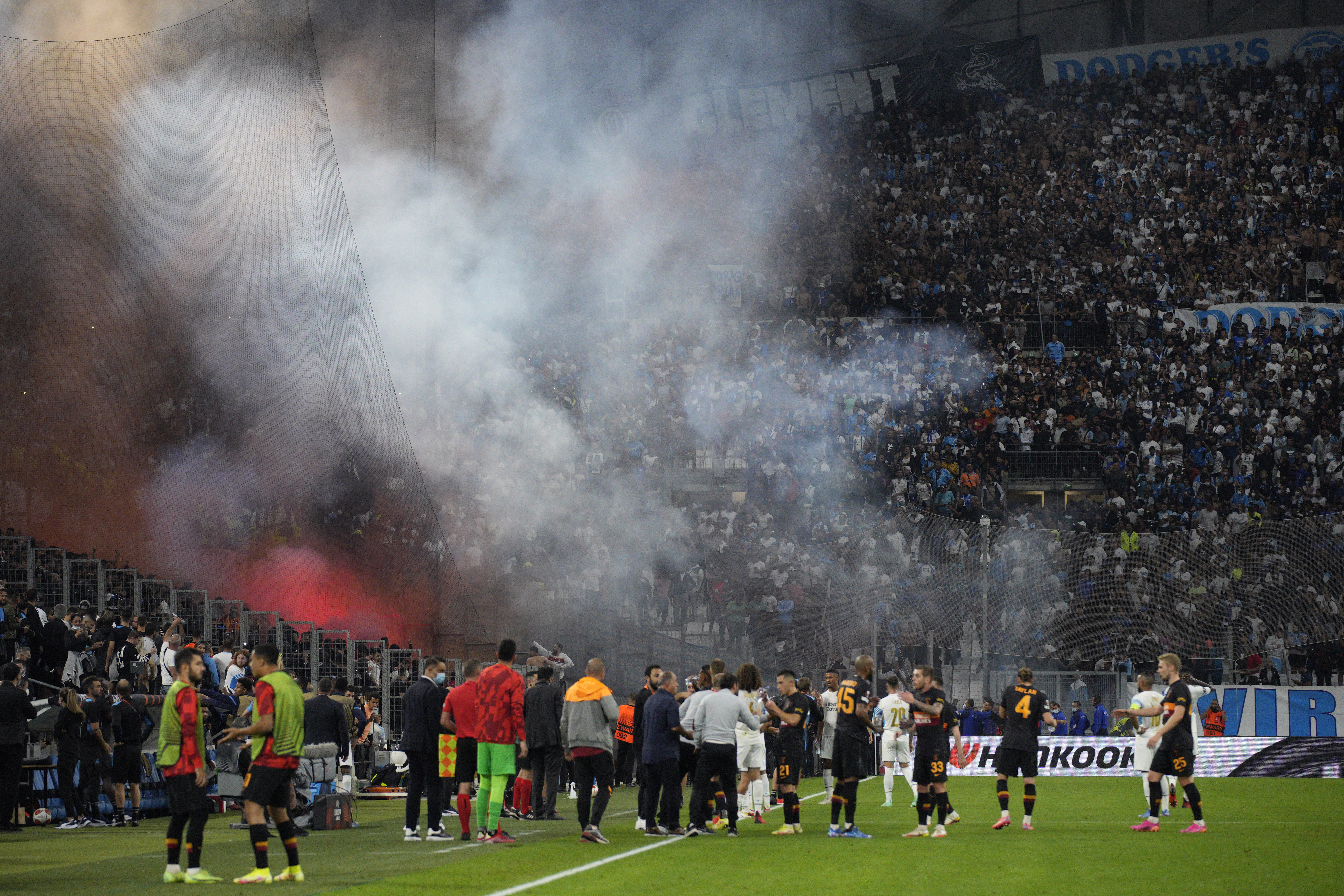 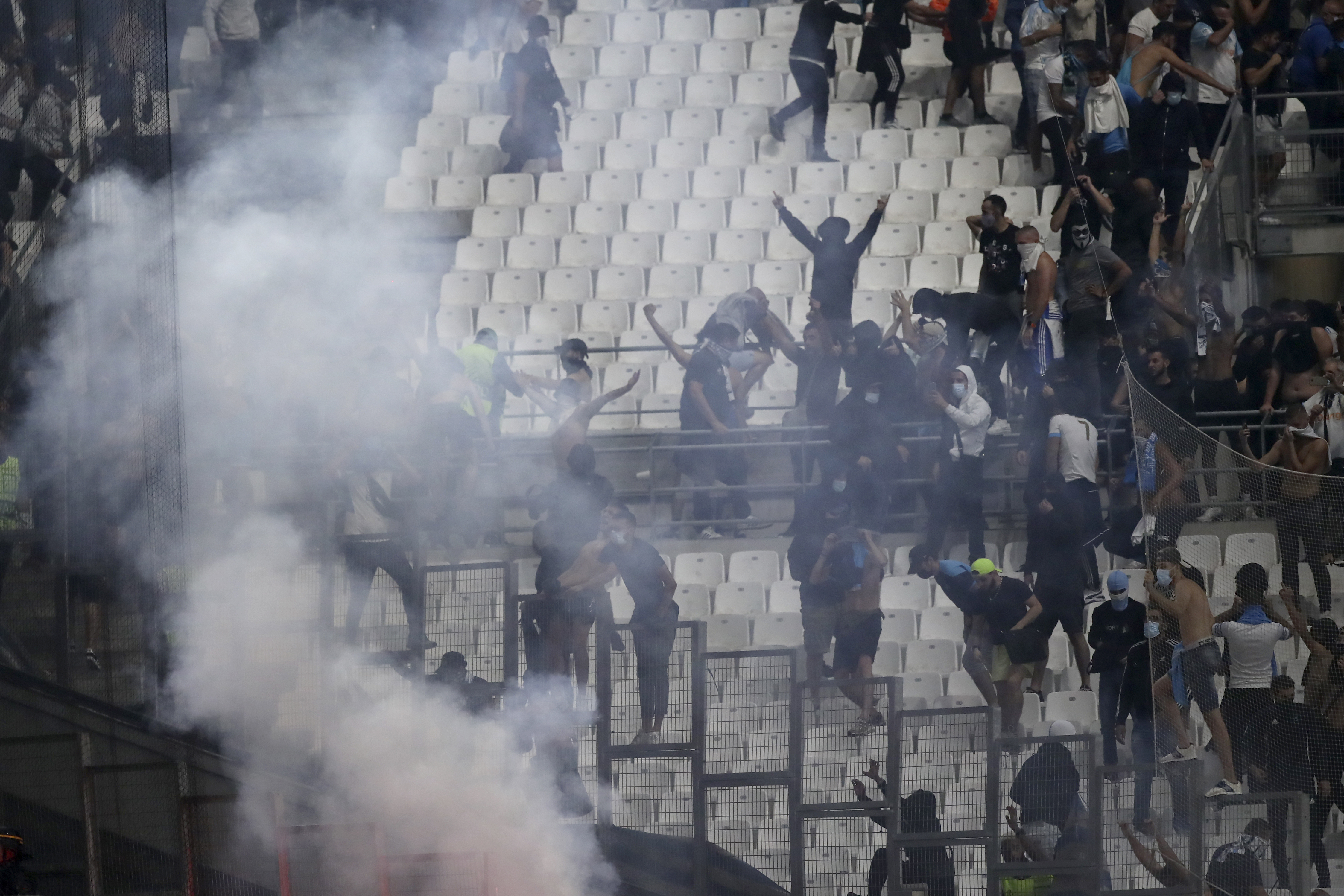 Play was suspended just before half time for around eight minutes as rival supporters hurled pyrotechnics and battled the stewards trying to tame them.

Galatasaray boss Fatih Terim and both skippers Fernando Muslera and Dimitri Payet attempted to restore calm by appealing to the yobs.

Riot police were eventually called in to bring back a sense of peace and the game resumed with the scores 0-0.

The incident is yet another in a growing list of ugly moments for French football.

Marseille in particular have found themselves in the headlines for the wrong reasons several times this year.

They were involved in a mass brawl with Nice fans and players last month after Payet chucked a bottle thrown at him back at supporters.

Marseille fans then scrapped with their Metz rivals in skirmishes that spilled out onto the pitch following a fiery 0-0 draw.

Elsewhere, Lille vs Lens was stopped after fans invaded the pitch before riot police stepped in.

And Metz keeper Alexandre Oukidja had to be dragged away after going berserk at Paris Saint-Germain’s Kylian Mbappe for celebrating a late winner.