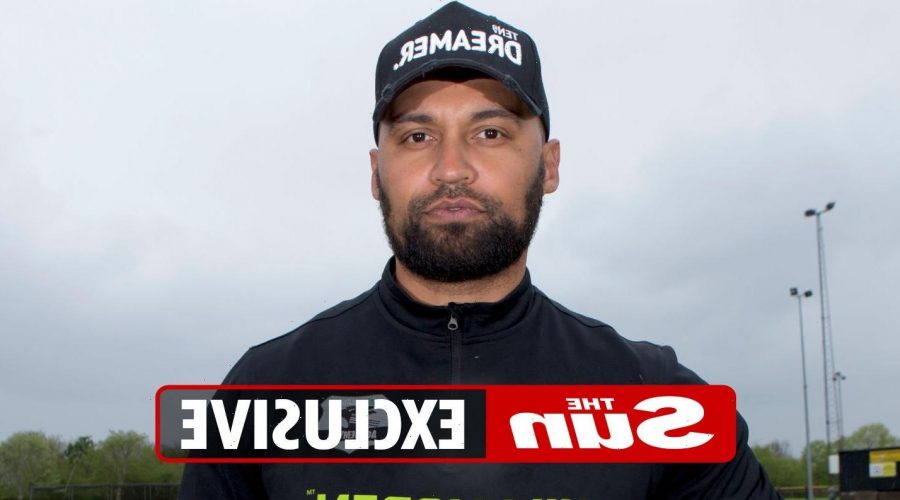 The former Leicester City winger, 39, has suffered heartbreak in the world’s oldest cup competition as a fan, player and pundit. 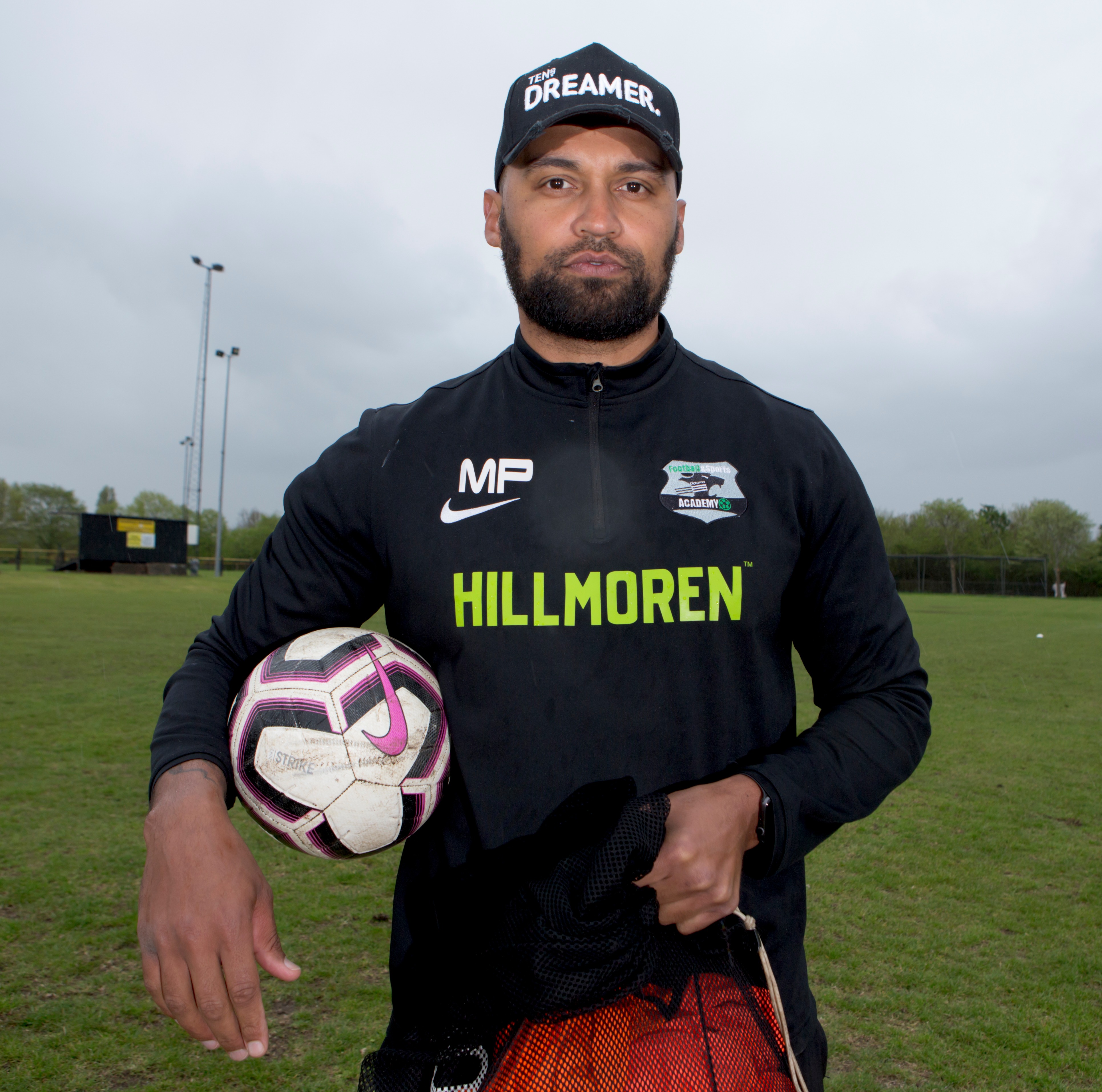 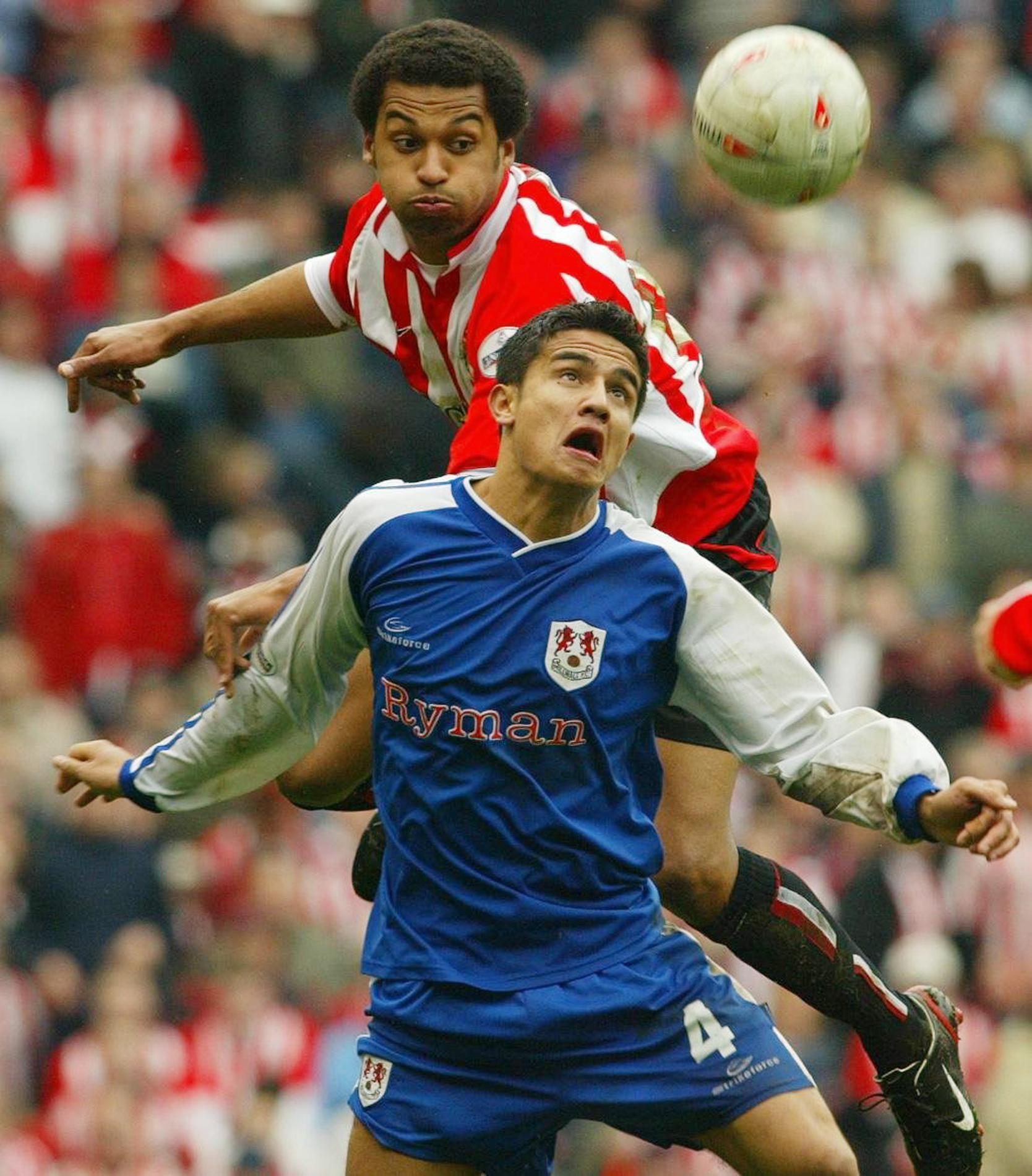 In 2001, seven months before his first-team debut, he was at Filbert Street to witness Roy Essandoh’s injury-time header send third-tier Wycombe Wanderers into the semis.

Three years later, after two fourth-round exits with the Foxes, Piper’s Sunderland reached the semi-finals before losing 1-0 to Millwall at Old Trafford.

And since taking up the microphone with BBC Radio Leicester, he had to endure Claude Puel’s Newport humiliation.

This year, though, he hopes it is a different story.

Piper told SunSport: “Growing up as a Leicester fan, we never did well in the FA Cup.

“Being a player getting to the semi-finals and the debacle at Newport, maybe the FA Cup and I are never meant to be!

“We were crying at full-time in 2004. It was all those emotions coming out of being let down in the FA Cup.

“It still has that romance, it is a special trophy but you've always been disappointed as a Leicester fan.

“I have a feeling we can do it against Chelsea. If we play really well, we win. Other than Manchester City, it is rare this team plays well and loses.

“The manager takes it seriously with a talented squad so we are hopeful but because of the club's history you think maybe not.”

For many Leicester fans, Piper included, the FA Cup is the ‘one’ missing.

It is an unwanted record Brendan Rodgers will be looking to shake today.

In the last five years alone, the Foxes have won the Premier League – beyond many’s wildest dreams – reached the Champions League quarter-finals and the Europa League knockouts to add to their three League Cups.

Piper continued: “In our poll the FA Cup won over Europa League hands down. Everyone wants to win the FA Cup. Some want it over top four.

“It seems crazy but we have won most of the others. The FA Cup is missing. 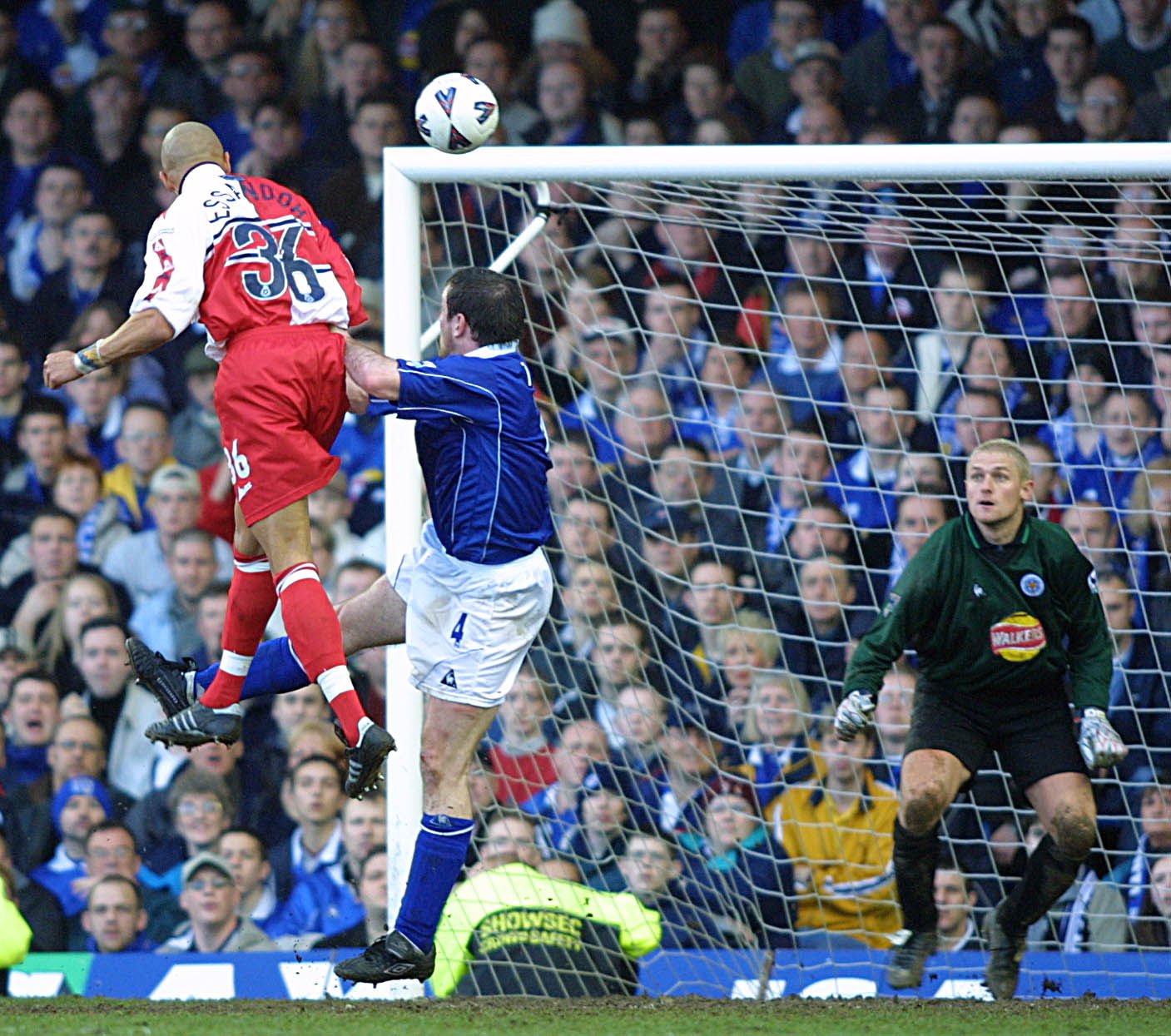 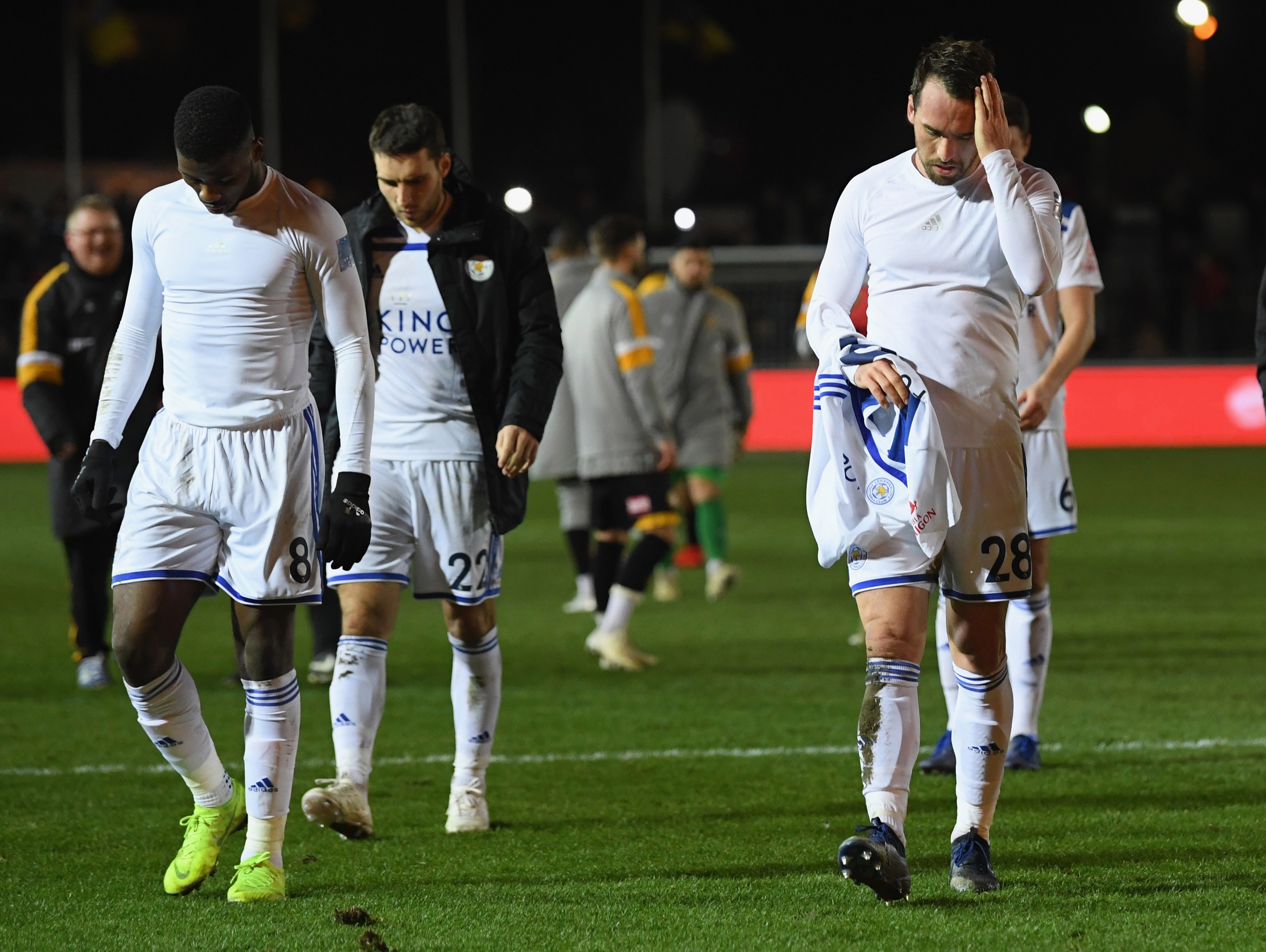 “I agree with that. But because I run a business, I know top four is huge financially and mentally.

“I want this club to keep growing and progressing. To finish in the top four and an FA Cup final… wow, what a season.”

The ex-player was one of the few Foxes supporters inside Wembley to see Kelechi Iheanacho fire his side through to a first final in 52 years.

Now Leicester’s No1 goalscorer this term, it has been a remarkable turnaround for the FA Cup’s top-scoring African.

The Nigerian could be crowned Leicester’s player of the season but there are plenty of candidates.

Piper, who was in tears at full-time of the semi-final, said: “It didn't feel like an important day or big occasion because of the fans not being there.

“Brian Deane texted me to ask 'What alien has taken over Kelechi Iheanacho?' At Crystal Palace, he missed a penalty. I thought maybe he's not the guy.

“He's got wonderful talent but maybe not the mentality. He would get booed for warming up! 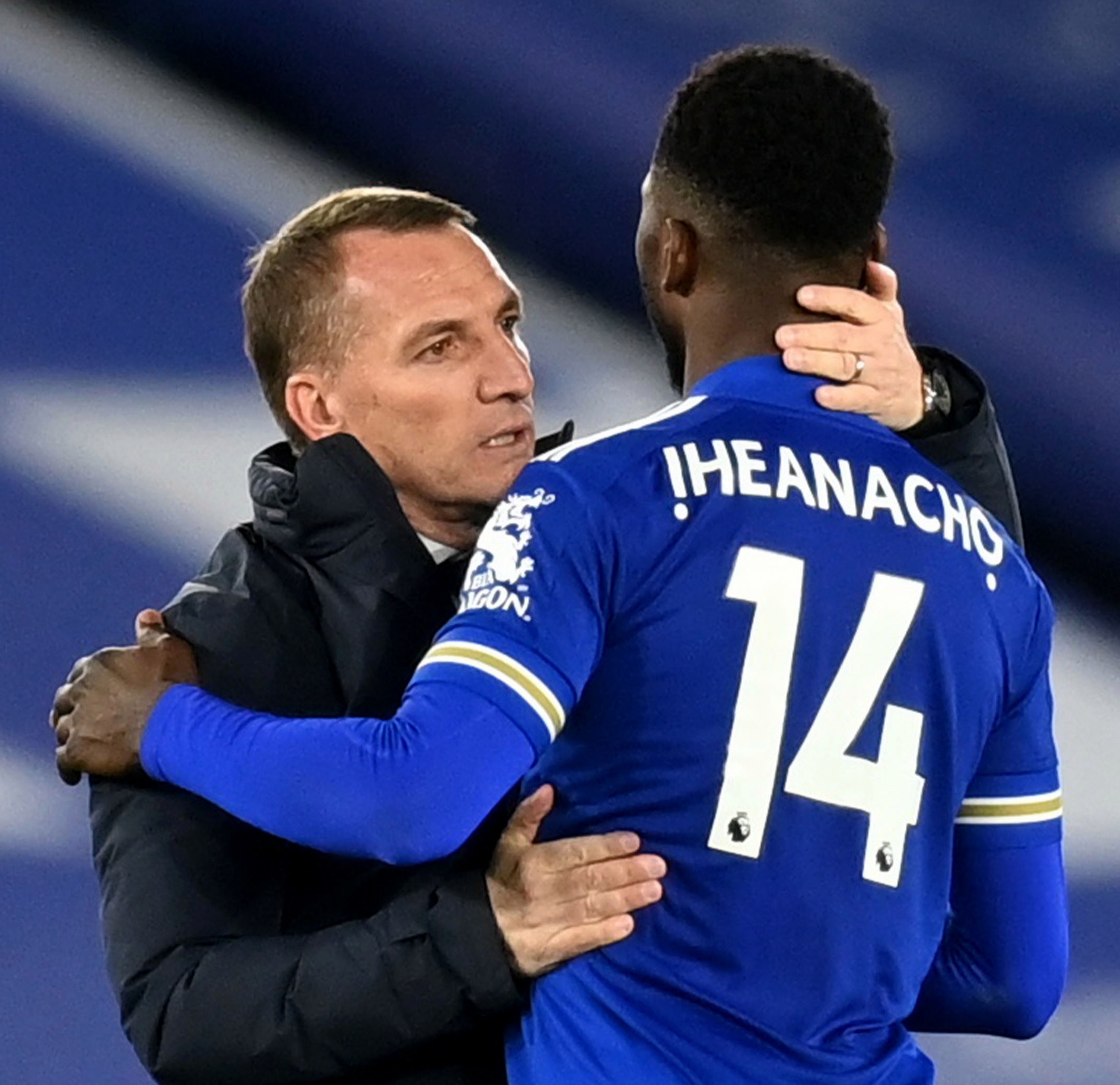 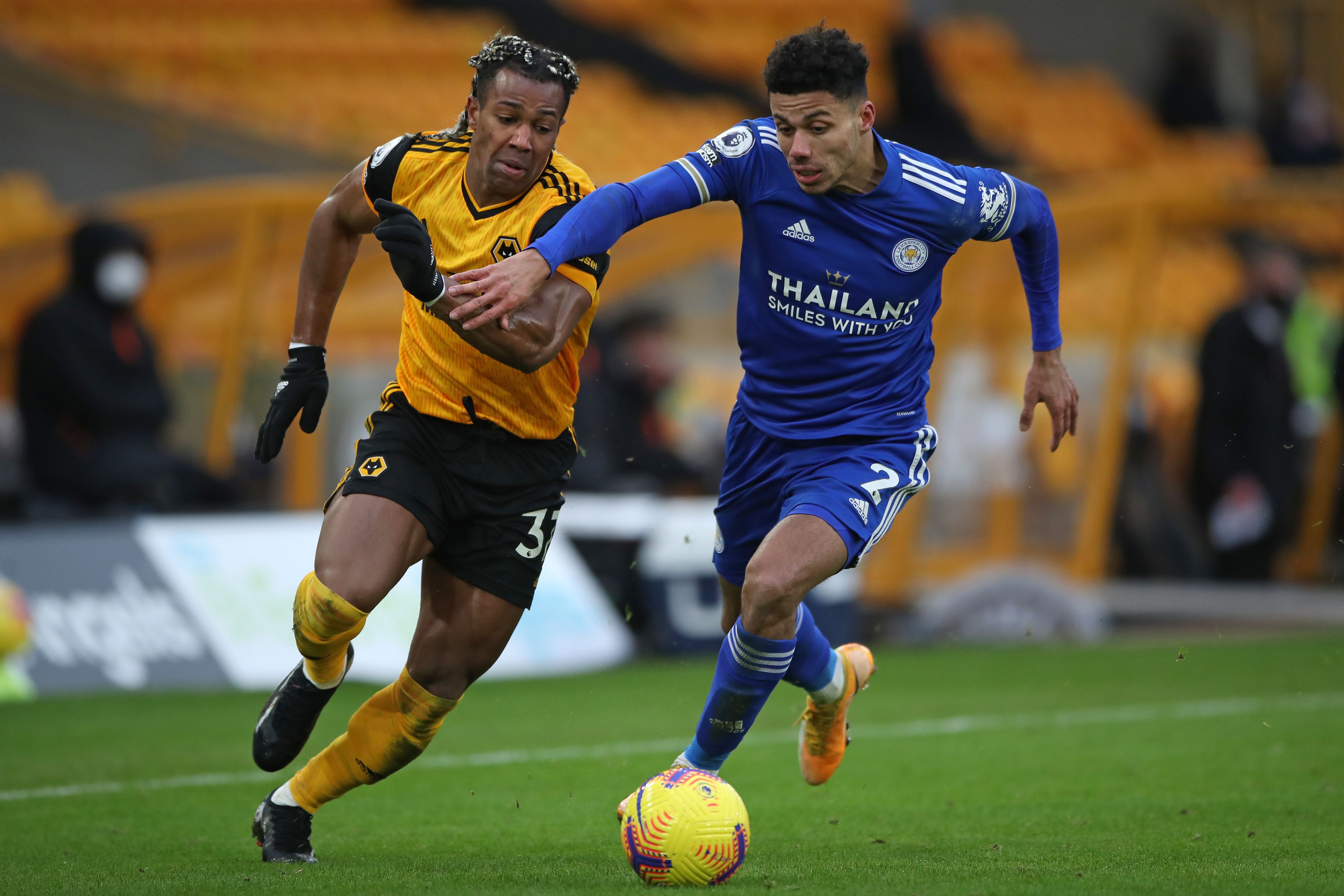 “I'm so happy he's turned it around. He's clearly a confidence player, his performances have been unbelievable, his goalscoring record is ridiculous, his finishing ability – my word! He's endeared himself with his interviews like dedicating the hat-trick to the mums.

“Kelechi has thrown his hat in the ring for Leicester’s player of the season.

“I'm going to pick James Justin because he was so good, he would definitely have gone to the Euros and was on course to get it by a country mile.

“If I'm not going for an injured player, Youri Tielemans. He's the guy that makes it all happen.”

Piper’s professional playing career, over by 24, was decimated by 14 knee surgeries, limiting him to 48 league appearances across six years.

His own standout memory came 19 years ago last Tuesday, with his diving header against Spurs in 2002 the last goal scored at Filbert Street and his only Foxes strike.

'Pipes' has spoken openly about his struggles with alcohol and drugs but is now in a much better, healthier place – both personally and professionally. 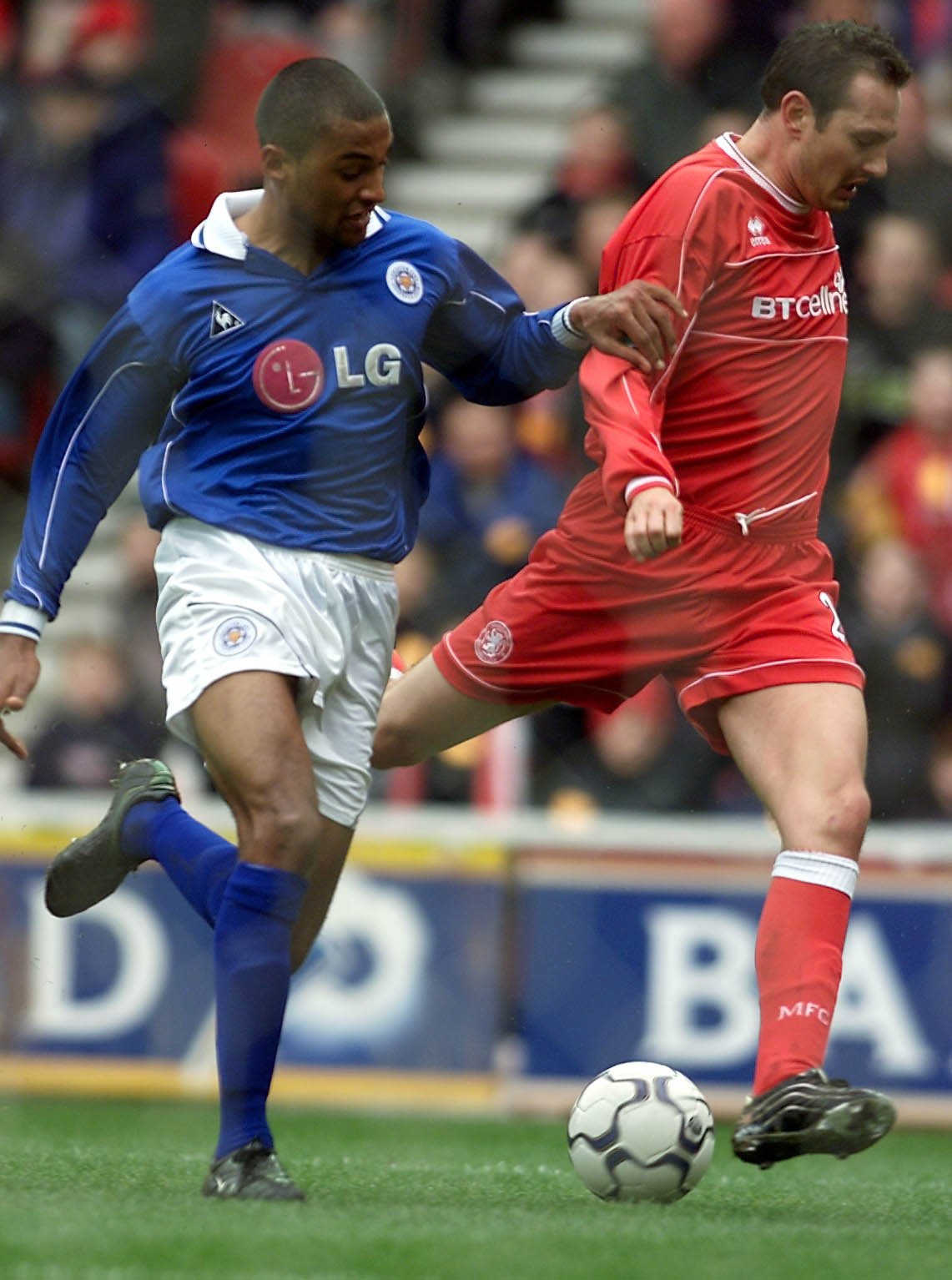 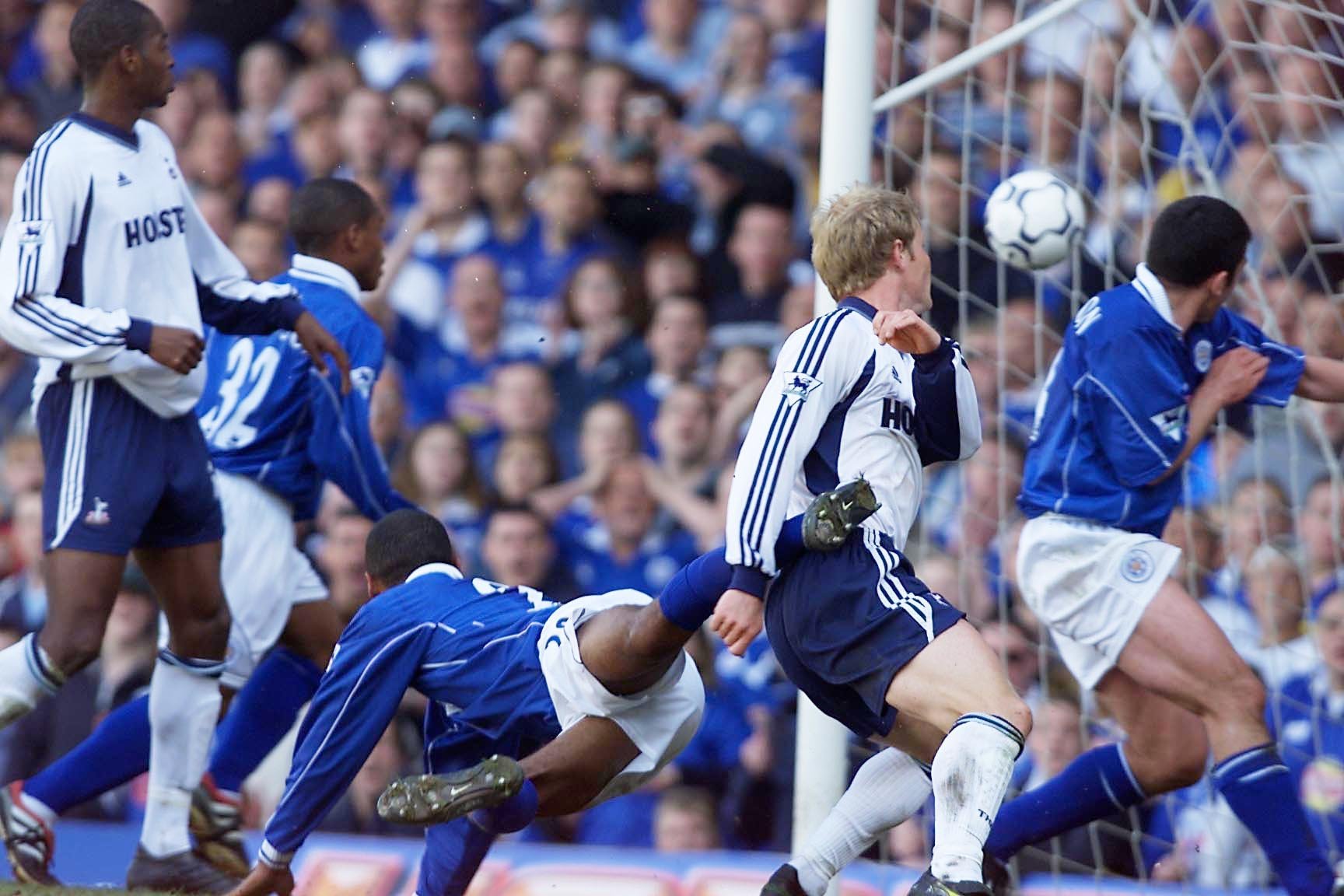 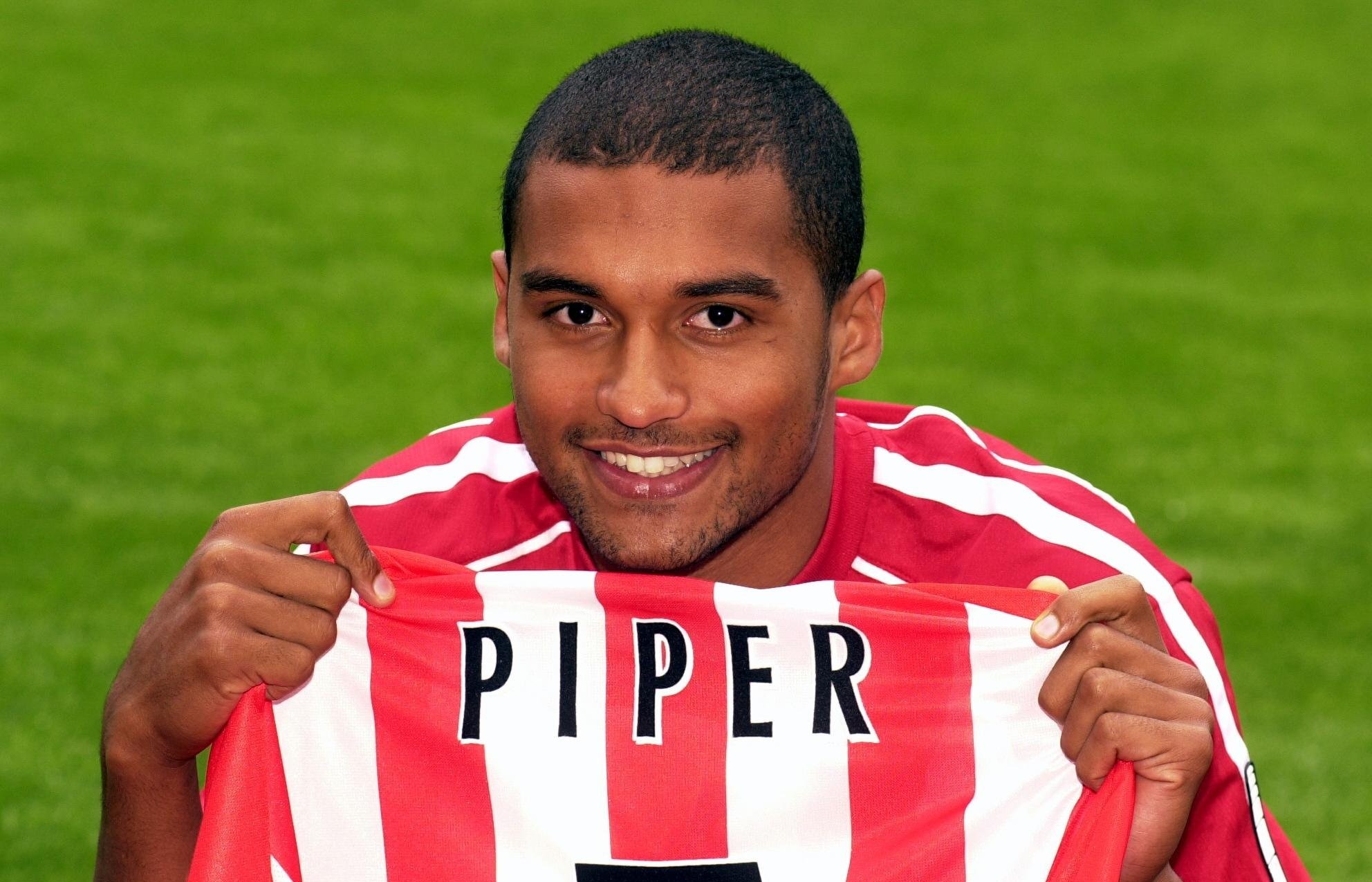 His FSD Academy in Leicester, founded in 2017, is booming and expanding.

They started with 21 kids but now have more than 90 across the various sport and education schemes, including BTEC courses and alternative provision for 14-16s expelled from school.

Managing director Piper added: “The power of our academy is the environment we have created. You don't want to bring anyone in not aligned to that.

“It's a golden problem. I try to draw inspiration from Brendan in how I operate.

“I've spread myself a bit too thin. Because we're understaffed I need to throw my trackie on and take a session, 15 minutes after being in a big business meeting.”

As well as helping youngsters reach their potential, Piper’s activism and openness surrounding racism is commendable.

He was in full support of the social media blackout but knows the fight continues.

The reaction to the European Super League was both disheartening and a reason for hope.

The Leicester-born star said: “The majority of people aren't racist. It's one thing saying you're against it, it's another taking action when it doesn't directly affect you.

“It's difficult. It's not going away, it's only getting worse.

“The blackout is another step but we still need more. It felt like a movement of crossing borders with greater action. Taking the knee was a big step but has lost a bit of its intended outcome so you have to go again.

“When everyone comes together of different races, religions, colours – that's when you get more change and forward progress.

“It was highlighted with the ESL. Everyone came together for one cause and said 'no'.

“I had to highlight that on Twitter. Imagine if people came together with such action over racism and homophobia? We wouldn't eradicate it overnight but we'd be so much further down the line.

“Massive credit to Patrick Bamford. It's one thing for me to write on my social media, it's entirely different for Bamford to say it with his profile right after a Premier League game.

“This is terrible to say but it's true: sometimes I thank my lucky stars my kids are classed as white.

“I’m a mixed-race guy, my ex-partner is white so my kids pass as white and sometimes I'm thankful for that because of some of the c**p I've put up with over the years.” 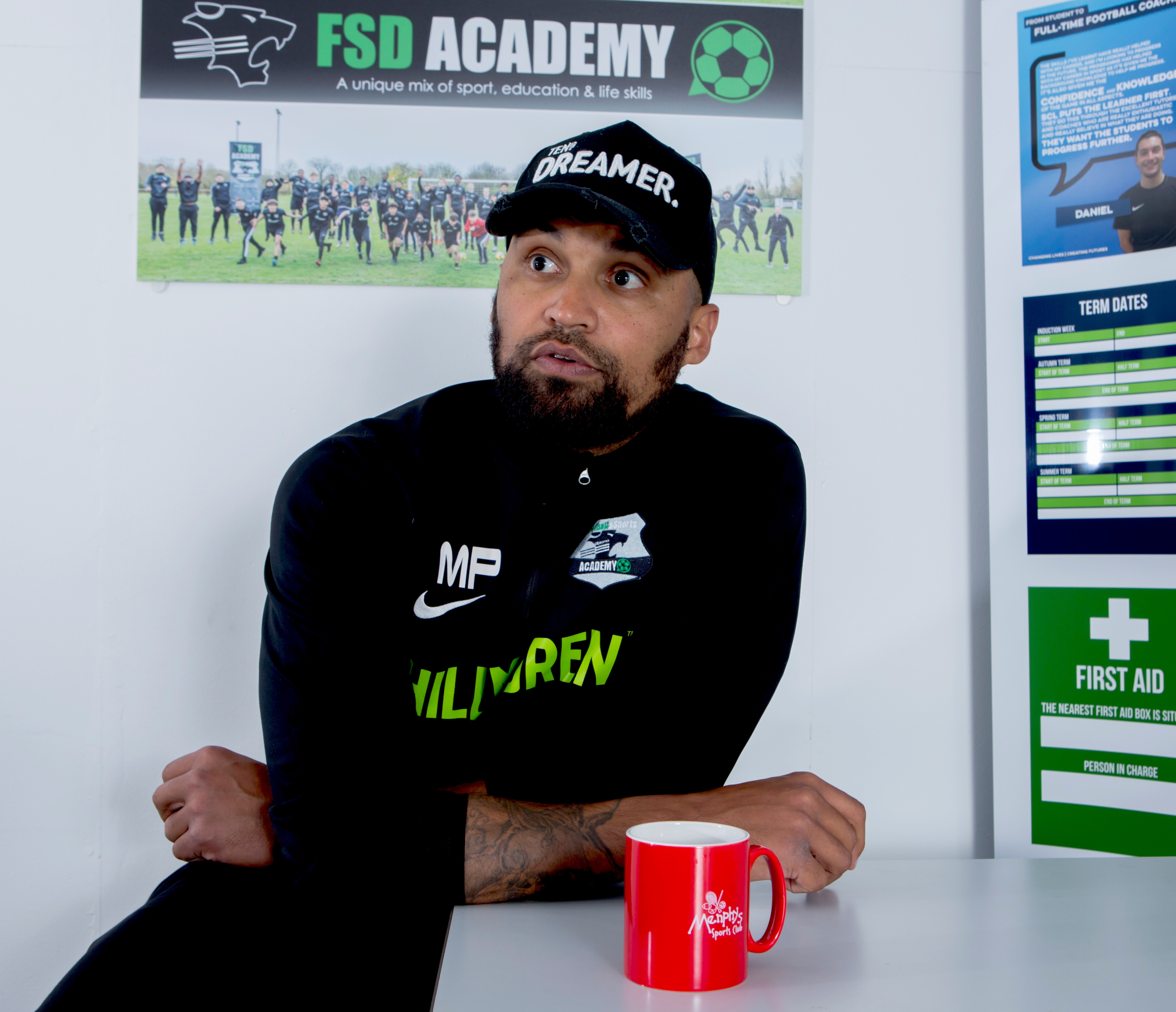