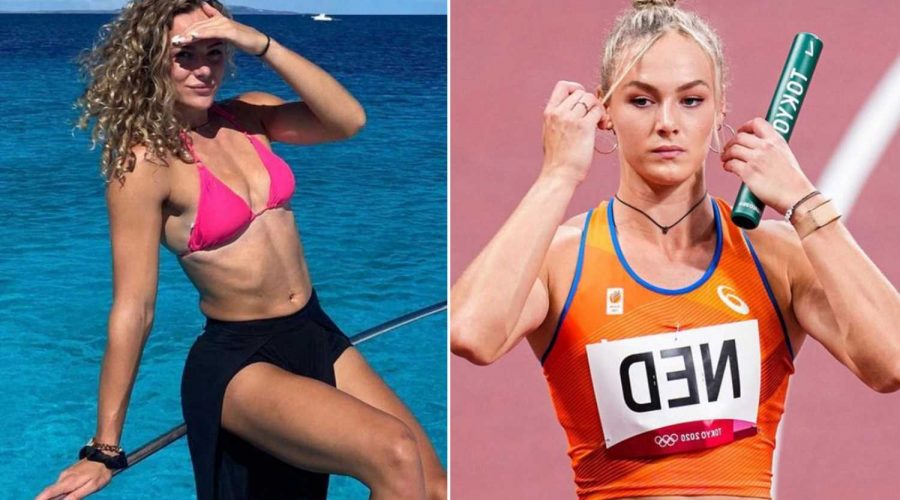 Dutch track and field star Lieke Klaver failed to medal at the Tokyo Olympics — but she returned home to the Netherlands with a much larger social media following.

Klaver, who competed in the mixed relay and women’s relay final for the Netherlands, has become a trending topic on TikTok, even without an account of her own.

Since her Tokyo debut, TikTokers have been using her name as a hashtag to gush over her stunning looks. She’s even inspired a trend for social media users to jokingly declare they’re moving to the Netherlands.

The Olympian has become such a hot topic on TikTok that it’s boosted her following on other social media platforms. Klaver reportedly arrived in Tokyo with 275,000 Instagram followers, and exited the Summer Games with close to 500,000.

Klaver, a student at HAN University of Applied Sciences, began running at the age of 9. Now she’s a two-time Olympic finalist, a European Indoor championships gold medallist and a World Championships finalist. She represented Netherlands at the 2019 World Athletics Championships, competing in women’s 4×400 meter relay.

The Adidas athlete, who turns 23 on Aug. 20, specializes in sprint races. She trains nine times a week on Monday, Wednesday and Friday, with Sunday being her rest day, according to her Olympics profile. Three out of her nine training sessions feature strength training, while the rest of her regimen is focus on running, sprinting, stamina exercises and recovery.

At one point in her career journey, Klaver had “no interest in athletics” until her mom “insisted I give [athletics] a try,” she recalled.

“I really wanted to dance but my mother thought, ‘You are always running with your brother so you two can take up athletics?’” she continued. “At first I was focused on the 100m and 200m events, but due to my height my coach said to try the 400m.”

Her Instagram page is mostly filled with track and field and fitness posts, featuring workout videos and team snaps.

When she’s not running, Klaver enjoys spending time with family and friends, hitting the beach, traveling and posting the occasional glam shot.

Maybe it’s time for her to create a TikTok account.