ARSENAL ace Mesut Ozil may have struggled against Valencia at the Mestalla – but he silenced the home fans as he made his way off the pitch.

The 30-year-old shushed the Los Ches supporters as he was replaced by Henrikh Mkhitaryan – and was brandished a yellow card for time-wasting as he trotted off. 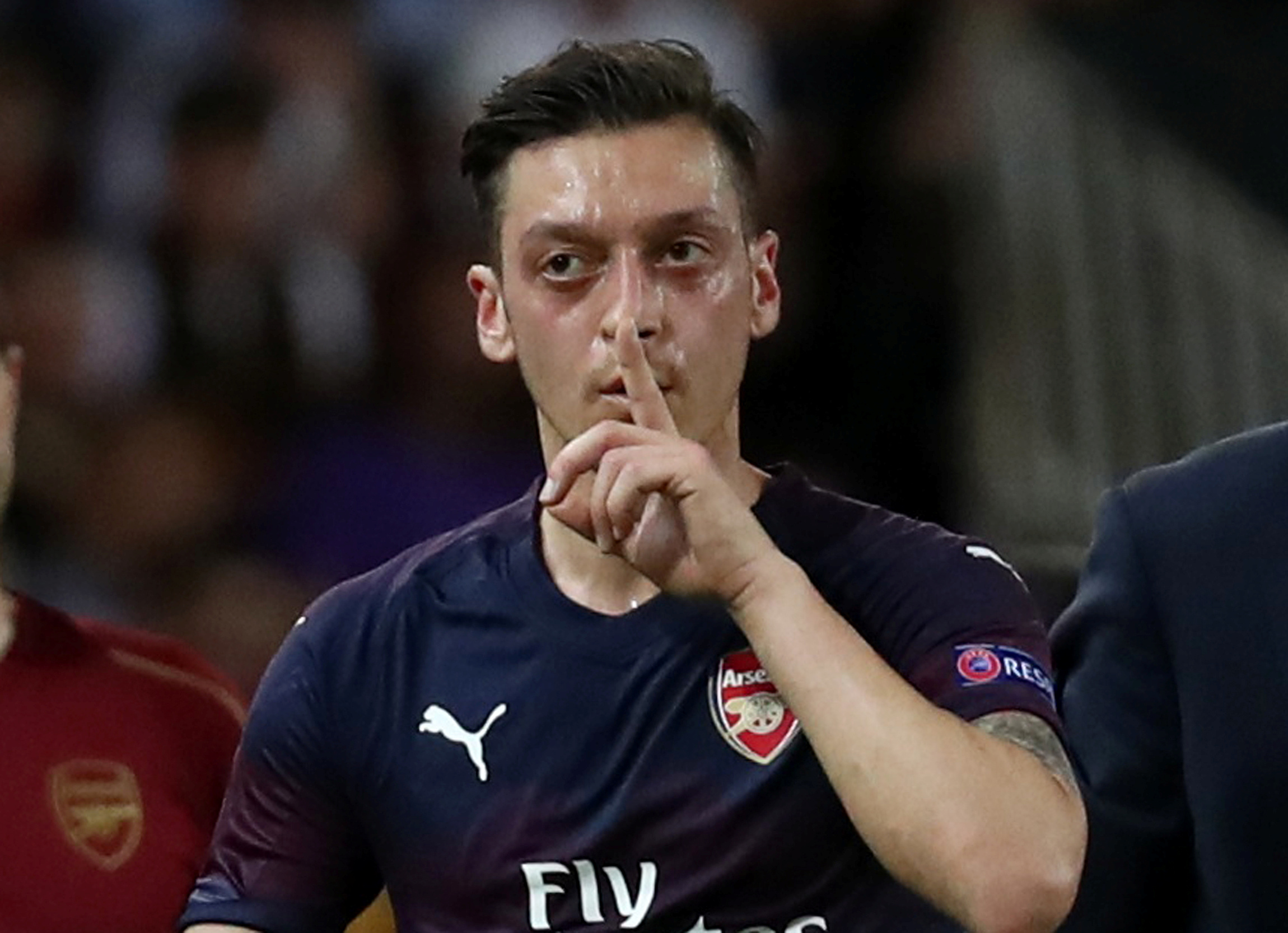 And with the former Real Madrid maestro booed by the Valencia faithful on his return to Spain, the German World Cup winner couldn't help but take a swipe at the partisan crowd.

Constantly jeered throughout, the three-time FA Cup winner decided to take his time with Marcelino's men in search of goals, before pressing his finger to his lips.

And it was Ozil who had the last laugh as his side progressed into the Europa League final courtesy of a hat-trick from Pierre-Emerick Aubameyang and a strike from Alexandre Lacazette.

Commenting on the ex-Schalke star, one fan said: "Ozil doesn’t turn up for 60 minutes, then shh’s the home crowd when subbed off. The audacity of the fella."

While another commented: "Ozil doing the shh gesture will probably come to backfire against us knowing how this week has been going."

One tweeted: "Maybe Ozil should shush the home crowd after he puts in a worldie and not after pulling a Houdini."

Another joked: "Best thing Ozil has done Is telling the fans to shush haha."

While another quipped: "Ozil shushing fans after being invisible for 60 minutes."

One simply stated: "Ozil finally shows some passion, shame it was towards the opposition fans."

Arsenal will face Chelsea in the final in Baku on May 29 – the Gunners' first European final in 13 years after losing against Barcelona in the Champions League.

Speaking of the win, Unai Emery said: "I am very proud of the players and the supporters. The players did all they could and we can be proud of the whole club."