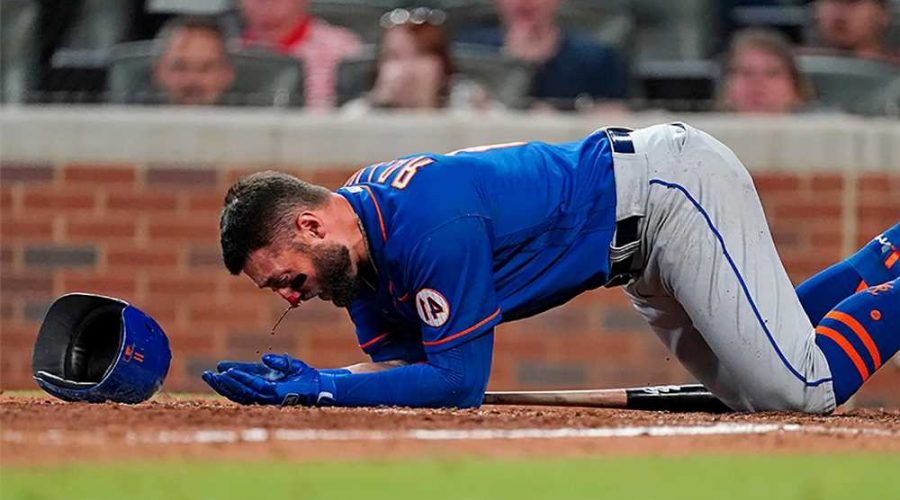 Kevin Pillar was hit in the face by a 94.5 mph fastball in the seventh inning of the Mets’ game against the Braves. The outfielder immediately hit the deck, with blood gushing from his face.

After a short time on the ground, he walked off under his own power with a towel over his face.

Braves reliever Jacob Webb threw the pitch and appeared to be shaken up on the mound after seeing Pillar go down.

It came with the bases loaded and forced in a run. Khalil Lee, who was called up earlier in the day with Johneshwy Fargas after Michael Conforto and Jeff McNeil went on the injured list, pinch-ran for Pillar.

Pillar was the second Met to leave Monday’s game with an injury after starting pitcher Taijuan Walker exited after three innings with left side tightness.