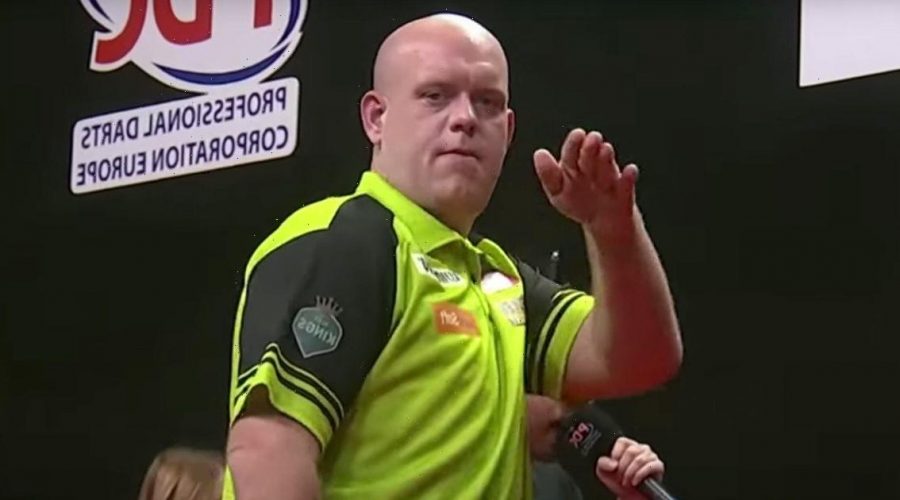 Some darts fans say they have lost respect for Michael van Gerwen following his brutal verdict on Jose de Sousa.

Van Gerwen had just beaten the Portuguese player 6-4 in the last 16 of the Gibraltar Darts Trophy when he gave a hard-hitting interview on stage. The three-time world champion had been irked by the ‘Special One’s’ attempts at unique finishes and said: “At first his counting wasn't that good but now he does it on purpose to try to be Mr Big B*******.

“And it didn't work. I'm going to be the first one who says this, it's about time someone put him in his place. He always walks around like he's 'Mr Top Stuff', he's nothing. Simple, he's nothing.”

The tirade came barely a week after he slapped down ‘big three’ rival Peter Wright for his outspoken comments in the media. Wright had been less than complimentary about Van Gerwen and their rivals during the recent World Grand Prix in Leicester.

MVG hit back ahead of their semi-final, saying: “We all know Peter has a big mouth. Peter is a good player but sometimes, when he gets in his mood, he says some stupid things.

What do you think about Van Gerwen's comments? Tell us in the comments section below.

Van Gerwen won their last-four clash in straight sets and went on to win the tournament by beating Nathan Aspinall in the final.

In light of his comments about Wright, some fans criticised Van Gerwen of double standards for airing his views of De Sousa.

“Lost some respect for MVG there as he lost respect for his opponent,” posted one fan. Another added: “Wow. He’s condemning himself because he was getting onto Wright a couple of weeks ago for doing the exact same thing that he did a couple hours ago. Ridiculous hypocrisy happening here.”

A third said: “Who does he think he is calling someone a nothing? Look at yourself before you speak.”

One fan pointed out that Van Gerwen should be more humble given his run of poor form prior to 2022.

“Someone’s finally won a tournament this year haven’t they… wasn’t chirping way when he was getting dumped out in the last 16, last 8 of most tournaments,” they posted.

Another said: “Totally agreed with Michael but the way he said that is not professional.”

One fan jumped to De Sousa’s defence, saying: “I love watching ‘Count De Sousa’ play darts. Anyone that can go tops, tops, tops for a 120 checkout is unique. Just like the Wizard Whitlock, bull, bull, bull for 150.”