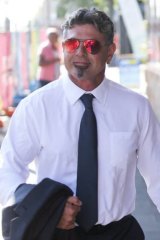 Six-time Olympic shooter Michael Diamond has been ordered off the road again and fined $800 after he was caught driving while disqualified twice in one week.

Michael Constantine Diamond, 47, appeared in Raymond Terrace Local Court on Monday after police pulled him over at Shoal Bay on April 2 and at Mayfield on April 5.

Each time a check of his licence revealed he was disqualified from driving until 2022.

Diamond, who pleaded guilty in June to two counts of driving while disqualified, was ordered to pay an $800 fine and disqualified from driving for nine months.

Diamond, a trap gold medalist at the Atlanta and Sydney Olympics, missed out on selection for the 2016 Rio Olympic Games after he was charged with high-range drink driving, not keeping a firearm safely, handling or using a firearm under the influence of alcohol and holder of a category A or B license not having approved storage.

Diamond pleaded not guilty, but was ultimately found guilty of all four offences after a local court hearing.

The conviction triggered a 10-year ban from holding a gun license and effectively ended his decorated shooting career.

He launched an appeal against the firearm convictions in Newcastle District Court and in October, 2017, successfully had the charges dismissed and the 10-year firearm ban quashed.

Outside court after his successful appeal, Diamond told reporters he was targeting the Tokyo Olympic Games in 2020.

"That's the first step," Diamond said at the time.

"[I want] to resume back into my sport at an elite level and look forward to the pressure again."