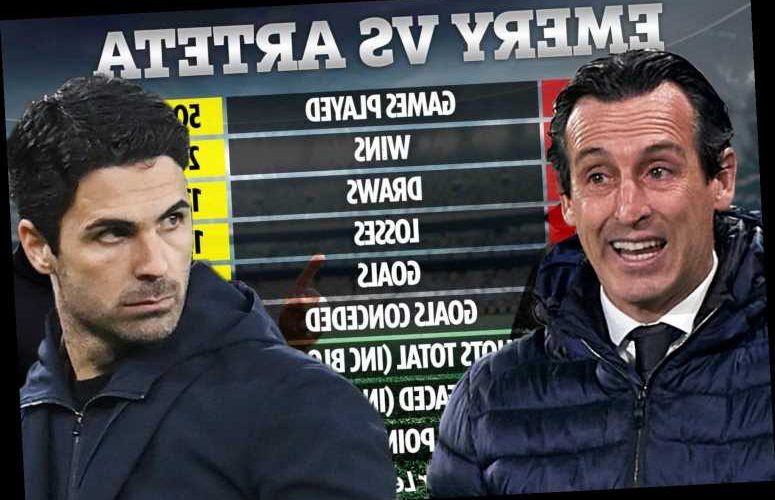 Arteta reached a half century of league matches as the Gunners hosted current champions Liverpool. 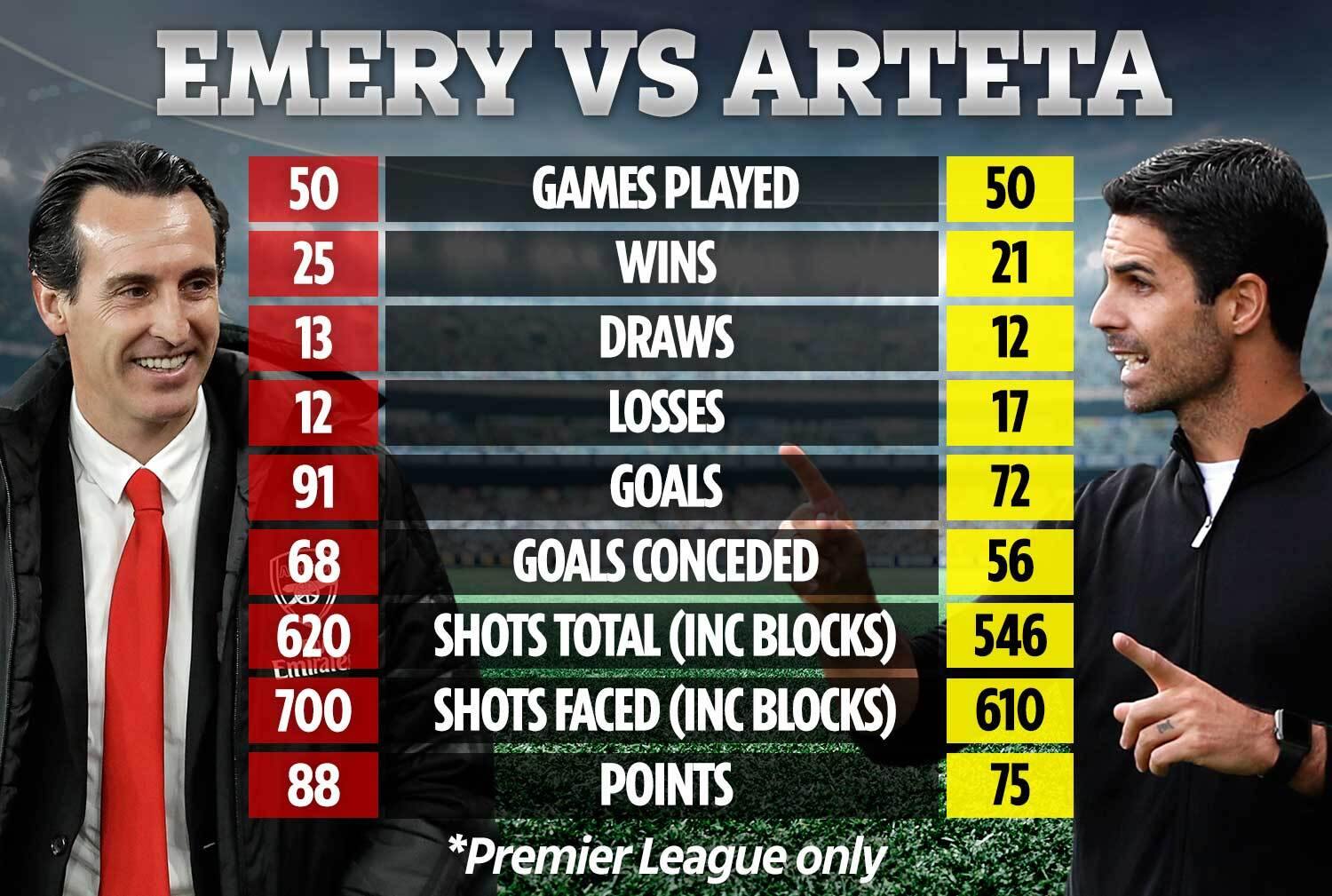 But it proved one to forget, as they were thumped 3-0, their 12th loss of the season.

Former Arsenal midfielder Arteta replaced Emery in December 2019, but the numbers show they are not better off.

The Gunners sit ninth in the table, and face losing out on a Europa League finish.

In contrast, Emery won 25 of his final 50 matches, drew 13 and lost 12, resulting in 88 points – a return deemed not good enough and one which led to his sacking.

But the current Emirates boss conceded less, with 56, compared to Emery's 68.

A Diogo Jota double for Liverpool and a Mo Salah goal saw Arsenal beaten for the first time in four league matches.

He told Sky Sports: "We completely deserved to lose the game.

"They were better in every department and deserved to win the game with the margin they had, or even more.

"I accept responsibility for the way we played today. Liverpool completely deserved to win the game, probably by a bigger margin.

"We were extremely poor. We apologise. They made the right decisions, we didn't.

"It is my fault. I have to set the team up to perform in a different way and that is it."