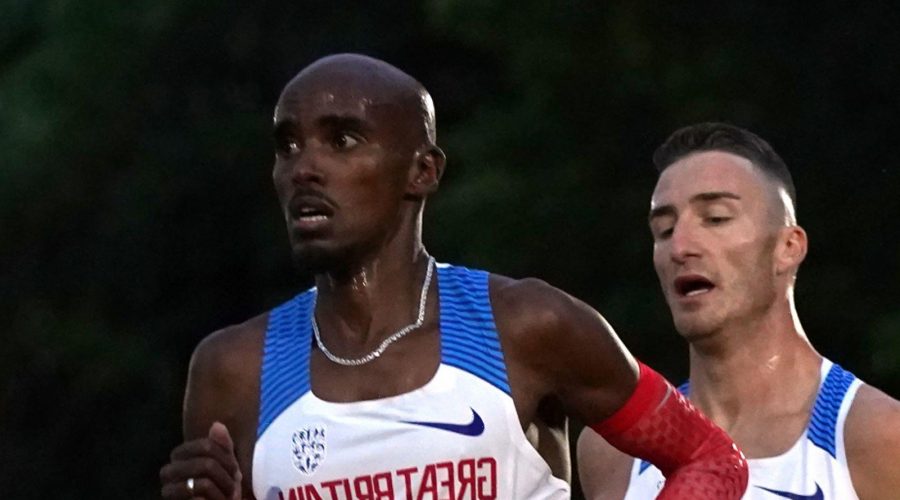 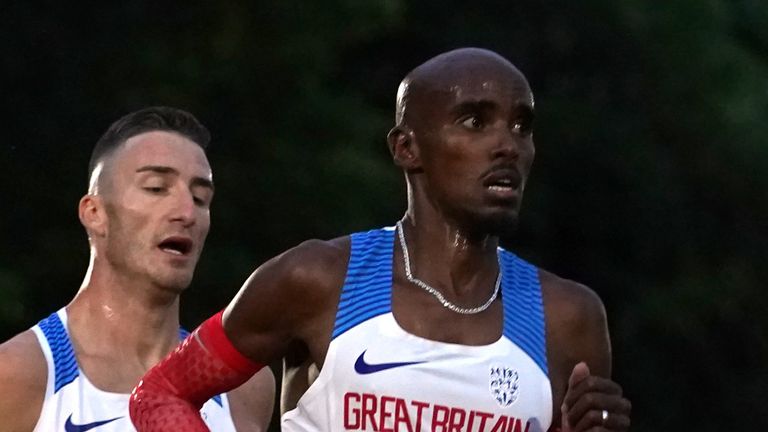 Mo Farah missed the chance to book his place at next month’s Olympics at the British 10,000m Championships.

The 38-year-old was eighth at the British 10,000m Championships and now faces a race against the clock to ensure he can post the qualifying time ahead of the Tokyo Games.

It was a disappointing return to the track for the four-time Olympic champion as he made a comeback for the first time in four years, with Marc Scott claiming the British title.

Farah has decided to defend his 10,000m title at the delayed Tokyo Olympics next month after focusing on the marathon since 2017.

After suffering his first 10,000m defeat in a decade, he revealed he was battling an injury to his left ankle but insisted it was important to try to qualify in Birmingham.

He said: “I’m disappointed with the result. The last 10 days hasn’t been great but no matter what I achieve in my career it’s important I come out and show at the trials. 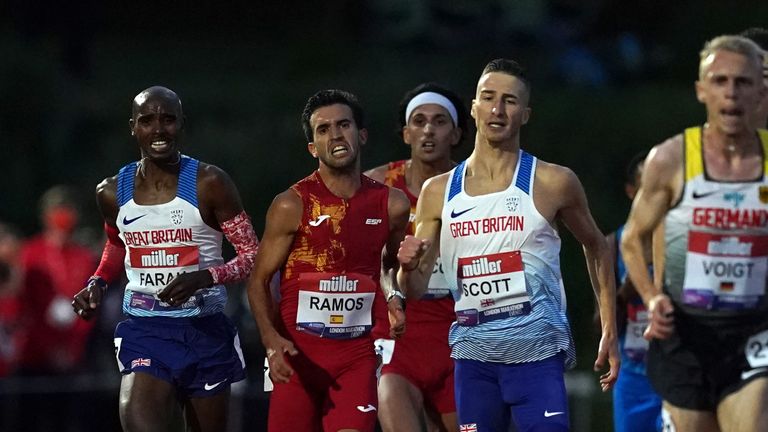 “It would have been easy not to show. I dug in deep and with 15 laps to go, you know my face, I was hurting hard. I had to keep fighting and digging in.

“I’ve been carrying a niggle since I came back from training. It is frustrating because I have done a lot of good work in Flagstaff. If you would have asked me two weeks ago it would have been a lot different. It’s part of the sport.

“It just suddenly came on. I have had some treatment to it and then coming back, it really flared up. To be honest, this is the first bit I have done of track in the last two weeks. It is not ideal.

“What makes us great is being able to challenge yourself and prove it. So that is what you have got to do at the next stage.

“I am four-times Olympic champion but that doesn’t mean nothing. You’ve got to go out there each race and mix it with the best and give yourself a chance.”

Scott, who finished seventh in Birmingham, ran under the qualifying time in February to put him second on the UK all-time rankings behind Farah’s national record of 26:46.57. Eilish McColgan, who already had the Olympic qualifying time, won the women’s race in 31:19:21 after a fast-paced finish while Jess Judd came third behind Israel’s Selamatwit Teferi to seal her place in Tokyo in a personal best of 31:20:84.

McColgan said: “The last kilometre was just an absolute blur. I could not ask for any more.