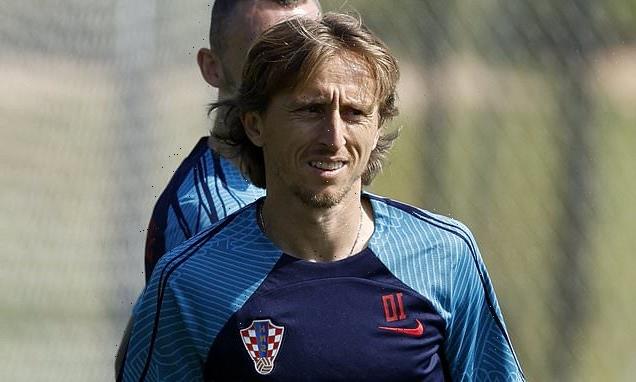 Morocco vs Croatia LIVE: 2018 finalists look to go one better in Qatar as they target a commanding start in Group F against Hakim Ziyech and Co at the Al-Bayt Stadium

Can YOU pick the winner of the World Cup?

It’s the question on everybody’s lips… just who is going to win the World Cup?

SofaScore, who will be providing detailed statistical data for fans to view on Sportsmail and their own website throughout the tournament, have launched the Pick’Em game, where fans can predict the outcome of every single group and knockout game in Qatar.

You have until the end of the group stages – that is until Friday, December 2 when Cameroon play Portugal and Serbia take on Switzerland – to Pick’Em so there’s no time to waste to lock in your selections.

MAKE YOUR SELECTIONS BY CLICKING BELOW.

Much of the talk around Croatia is can they repeat the trick and get to the final again?

Everything clicked four years ago and it was at England’s expense in the semi-final that Croatia profited.

But Luka Modric wants the slate wiped clean and nostalgia not to take over.

‘What we’ve been through in 2018 in Russia is unforgettable and indelible in my mind,’ Modric said.

‘Others can continue speaking about it but we need to put it aside and focus on what’s ahead.

‘Many players at the 2018 World Cup in Russia are not here, we have new players, new quality young players with fresh blood and energy.

‘This is a new tournament and we have to look at it that way.’ 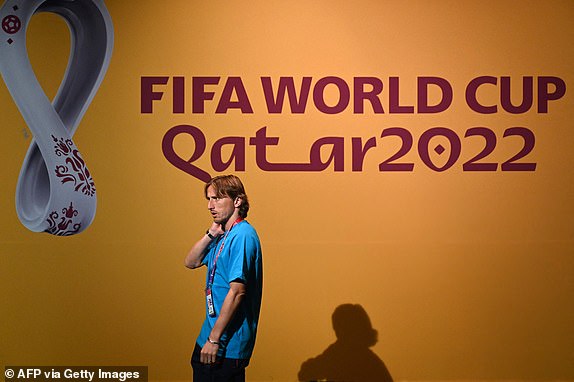 So, we’re still a bit away from team news – expect that closer to 9am – but both managers are not short on options from their squads. 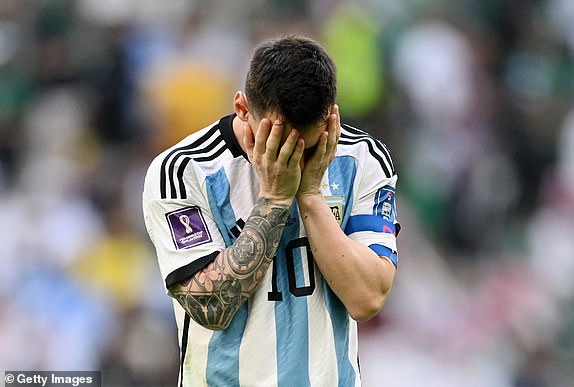 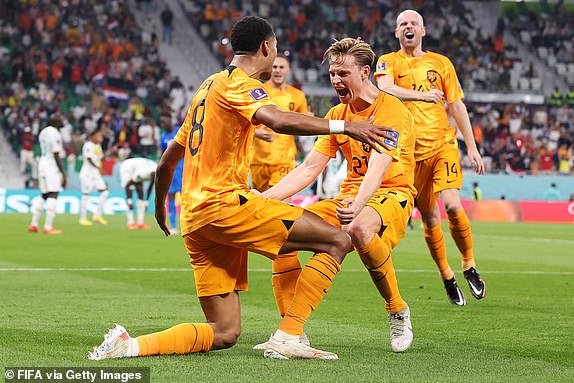 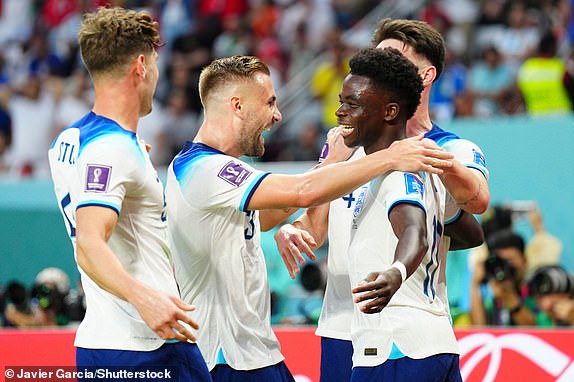 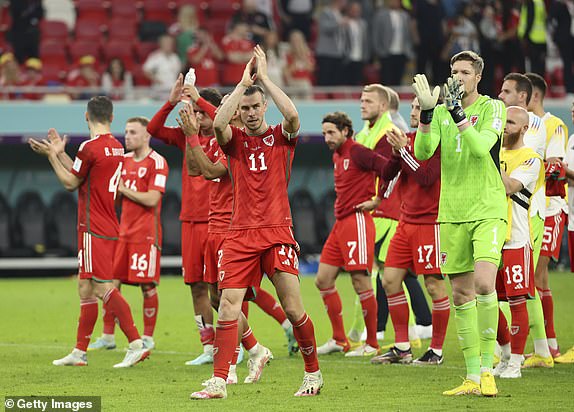 Eerily quiet at the Al-Bayt stadium… that will change in a couple of hours, though 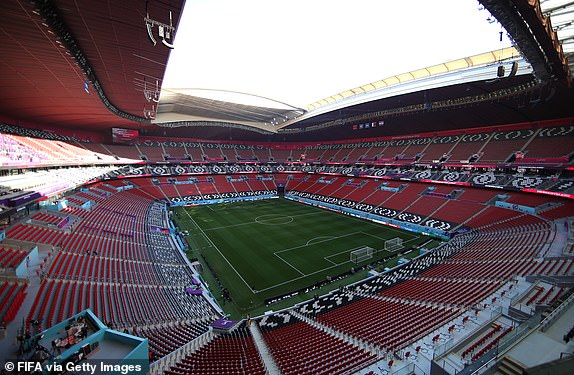 How will Morocco fare after appointing Walid Regragui just THREE months before the Qatar World Cup?

It’s certainly not orthodox, changing coach three months before the start of a World Cup.

Many teams dedicate much of their four-year cycle to devising a plan to succeed at this tournament and yet Morocco have ripped up the rulebook of convention for Qatar.

Is it really possible to attend FOUR games in a day?

It’s a question Sportsmail’s MATT BARLOW was asked and, well, there was only one way to find out.

READ HOW HE GOT ON HERE.

So, events are starting with Morocco and Croatia, but what else is on the agenda today?

Saudi shock shows anything is possible for Morocco

Lionel Messi and Co were stunned in their Group C opener in what has gone down as one of the best upsets in World Cup history.

Now Morocco want their own moment in the spotlight.

‘What is the reality of football as we know it?’ Regragui told a pre-match news conference.

‘I watched the Saudi Arabia game earlier – 31% possession and they had three shots on target, but they won against Argentina, against the best player in history.

‘This shakes things up on the international stage because football actually belongs to everyone.’

READ: Nations League table-toppers Croatia have both form and World Cup pedigree behind them… but can age-defying superstar Luka Modric lead the 2018 finalists one step further in Qatar?

Underestimate Croatia at your peril.

Despite their relatively young history at the World Cup, Croatia have made a habit of impressing on the grand stage.

During their inaugural competition in 1998, Croatia surprisingly sealed third place after narrowly crashing out to tournament winners France in the semi-finals.

The question now is can ageing stars like Luka Modric, now 37, put together one last hurrah on the biggest of stages?

READ THE FULL PIECE BY CLICKING BELOW.

There’s just under four hours until kick-off in this Group F opener and it appears Croatia’s players are still enjoying their rooms with a beach view.

Matchday morning view from our hotel rooms 🤩 Thanks to Hilton Doha staff for their support 🙏🏼🇭🇷❤️ pic.twitter.com/bOfblTLuPK

‘This is why Morocco sacked a coach to get him back!’

Hakim Ziyech marked Morocco’s final pre-World Cup friendly with a wonder-strike as he scored from behind the half-way line against Georgia.

The Chelsea wide-player was brought in from the cold this September by recently appointed coach Walid Regragui after a falling out with previous incumbent Vahid Halilhodzic.

Fans are now hoping his pre-tournament form can spill over into the opener against Croatia as Morocco look to cause the latest upset in Qatar.

READ MORE BY CLICKING BELOW.

Not at a World Cup, no, this is a first.

Their only previous time these two locked horns was in the Hassan II Trophy – a friendly tournament – in December 1996, played in Casablanca, Morocco.

Morocco more than held their own in a game that ended 2-2.

While Croatia won 7-6 on penalties it is a match remembered more so for the three red cards that were shown.

More of the same today…?

Good morning and welcome to live coverage of the Group F opener between Morocco and Croatia.

The football has come thick and fast so far and there have been a number of upsets and shock results in the first round of games.

Croatia will hope to avoid one of those this morning at the Al Bayt Stadium, in Al Khor, as they target a run that can see them go one better than losing in the 2018 final to France.