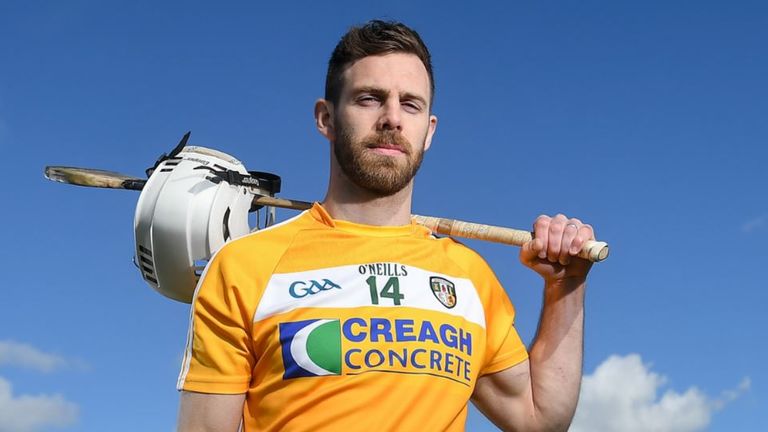 Due to the condensed season in 2020, the GAA top brass elected to alter the Joe McDonagh Cup.

This year’s second-tier tournament will not see the finalists enter the Liam MacCarthy Cup. However, there is a significant bonus for the two counties in question, as the decider will take place as a double-header with the All-Ireland final at Croke Park.

“The first thought of anybody that’s competing in the Joe McDonagh Cup this year is the final is scheduled to be played before the All-Ireland final in December,” said Antrim’s Neil McManus, speaking on Inside The Game.

“What a showcase for anybody at this level to try and get out onto Croke Park on All-Ireland final day. We certainly didn’t see that coming at the start of the year. Those five teams are so evenly matched, it genuinely could be any two who could make the final. The results have kind of went every direction in the past couple of seasons.

“We would be really hopeful we can be competitive. I know Carlow have just come down from the Liam MacCarthy, and Westmeath have been really strong the last couple of years too. And they’re probably most people’s favourites. But we definitely think we can mix it with any of those.”

But the question remains, does the added incentive of the Croke Park final outweigh the setback of no path through to an All-Ireland preliminary quarter-final?

“I don’t know if it does or not really,” conceded the Cushendall star.

“The really really big incentive was the top two teams go through and have a crack at the third-placed finisher in the Munster or Leinster Championship. That’s a massive day.

“All we have to do is think back to last season, and Laois winning the Joe McDonagh one week, the following week they beat Dublin in a preliminary quarter-final to set up a quarter-final tie with Tipperary. That is the stuff you train all year for. Let’s not forget, Laois were as close to Tipperary as any team last year really bar Wexford.

“We gathered quite a bit of momentum through the earlier part of the season. We were really looking forward to the Joe McDonagh. Now the club season is coming to an end, we can’t wait to get back at it, because we think we can be really competitive within that group. I would definitely swap the day out [in Croker], I know other teams would, they would swap that day out, or a possibility of a day out on All-Ireland final day for a match-up with one of the big boys.” After Sunday’s county final between Loughgiel Shamrocks and Dunloy, it will be full-steam ahead for Darren Gleeson’s charges, as they prepare for the Joe McDonagh Cup campaign.

“We’re looking forward to it hugely. There’s no two ways about it,” said McManus.