LIONEL MESSI has been caught on camera smacking Andy Robertson on the head during Liverpool's stunning win against Barcelona.

The Reds made all the headlines as they came back from a 3-0 first-leg defeat to wallop Barca 4-0 at Anfield and reach the Champions League final. 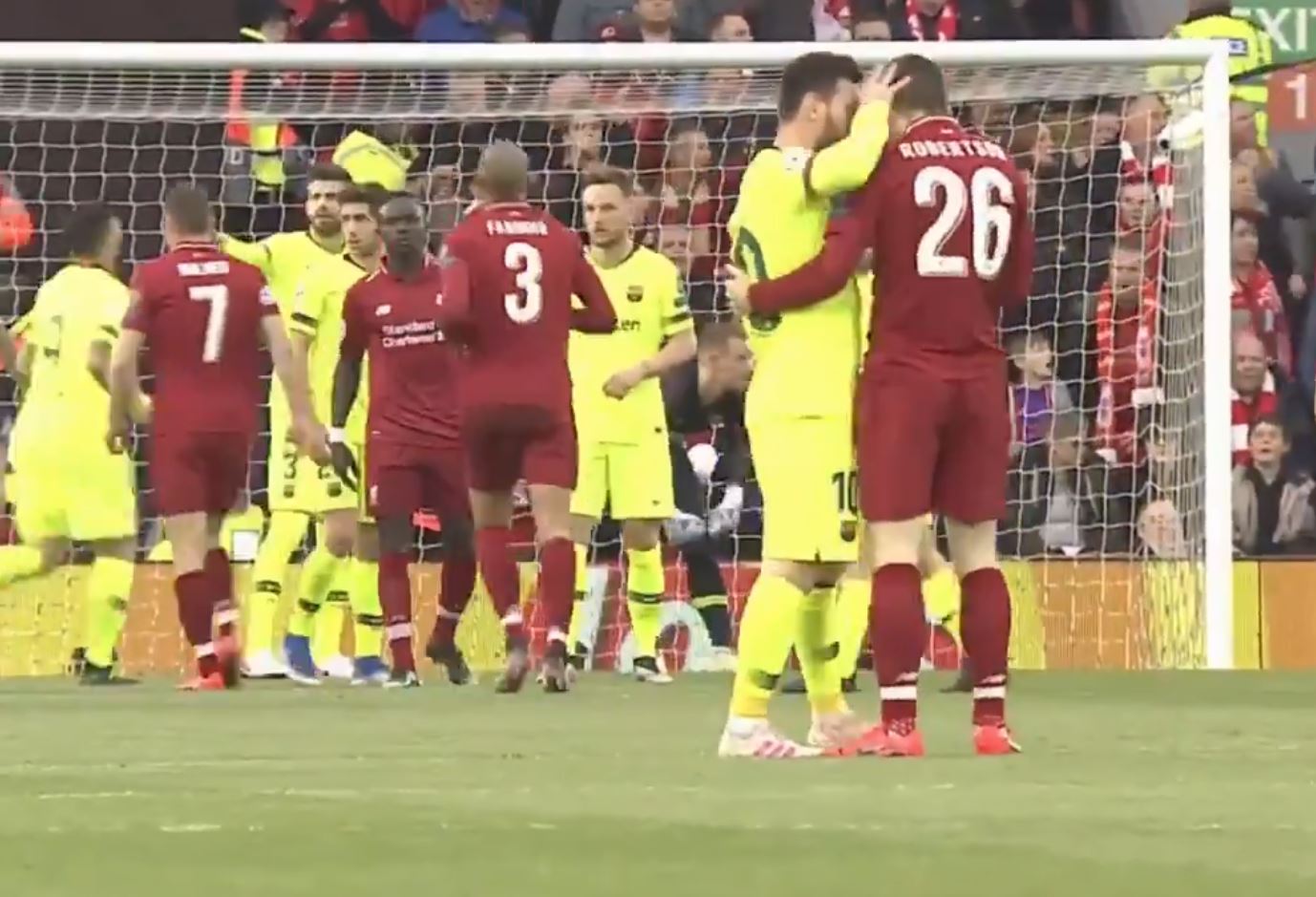 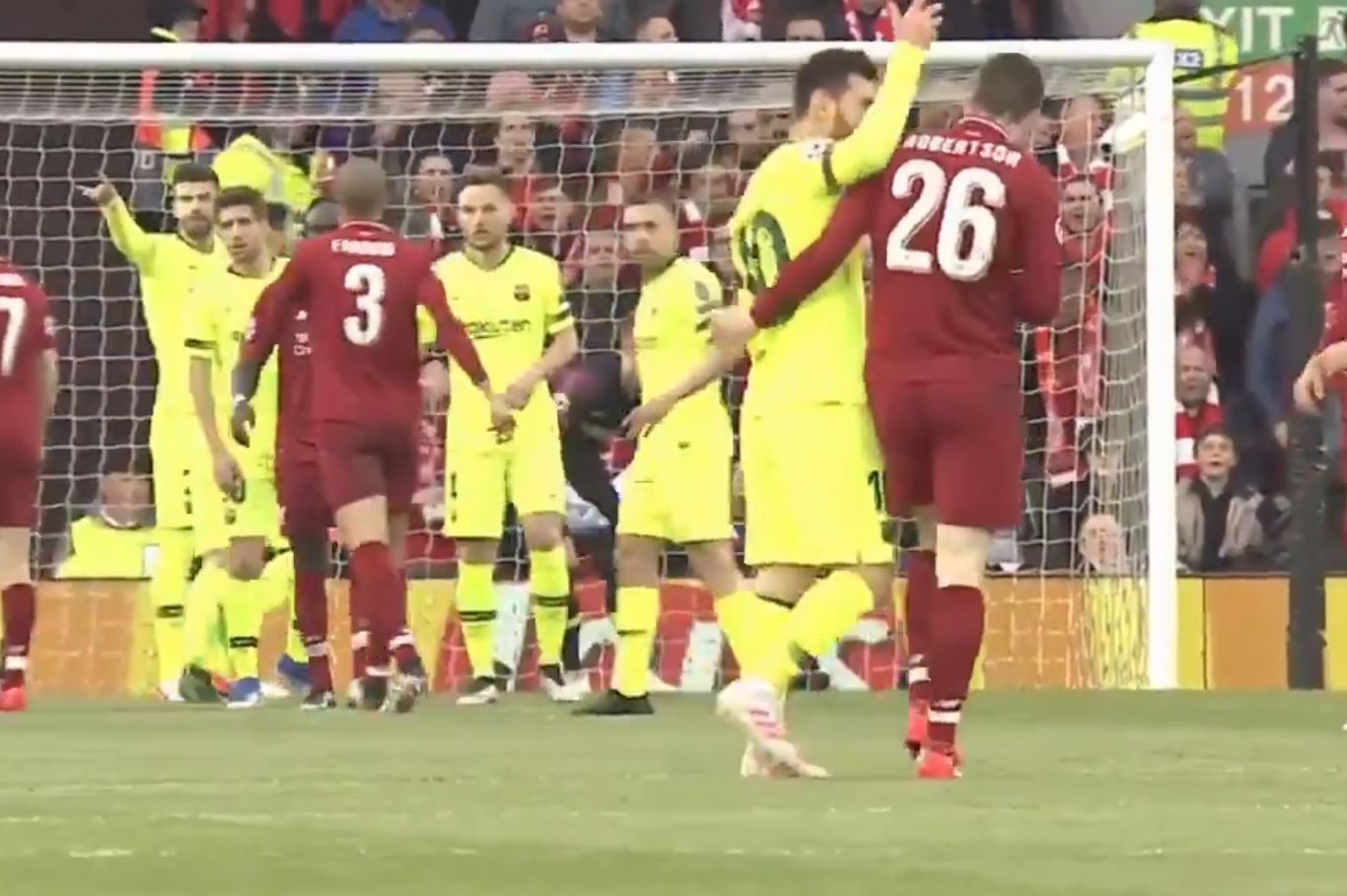 But there was a fair amount of needle out on the pitch that joyous evening, and Messi and Robertson were the chief culprits.

SunSport reported how Robertson appeared to make contact with the Argentine superstar in the opening exchanges of the huge game.

Robertson pushed the back of Messi's head as he sat on the turf in a completely unnecessary incident.

It led to many people believing the Liverpool full-back should have been sent-off for his actions, with former referee Mark Halsey agreeing it should have resulted in a red card. 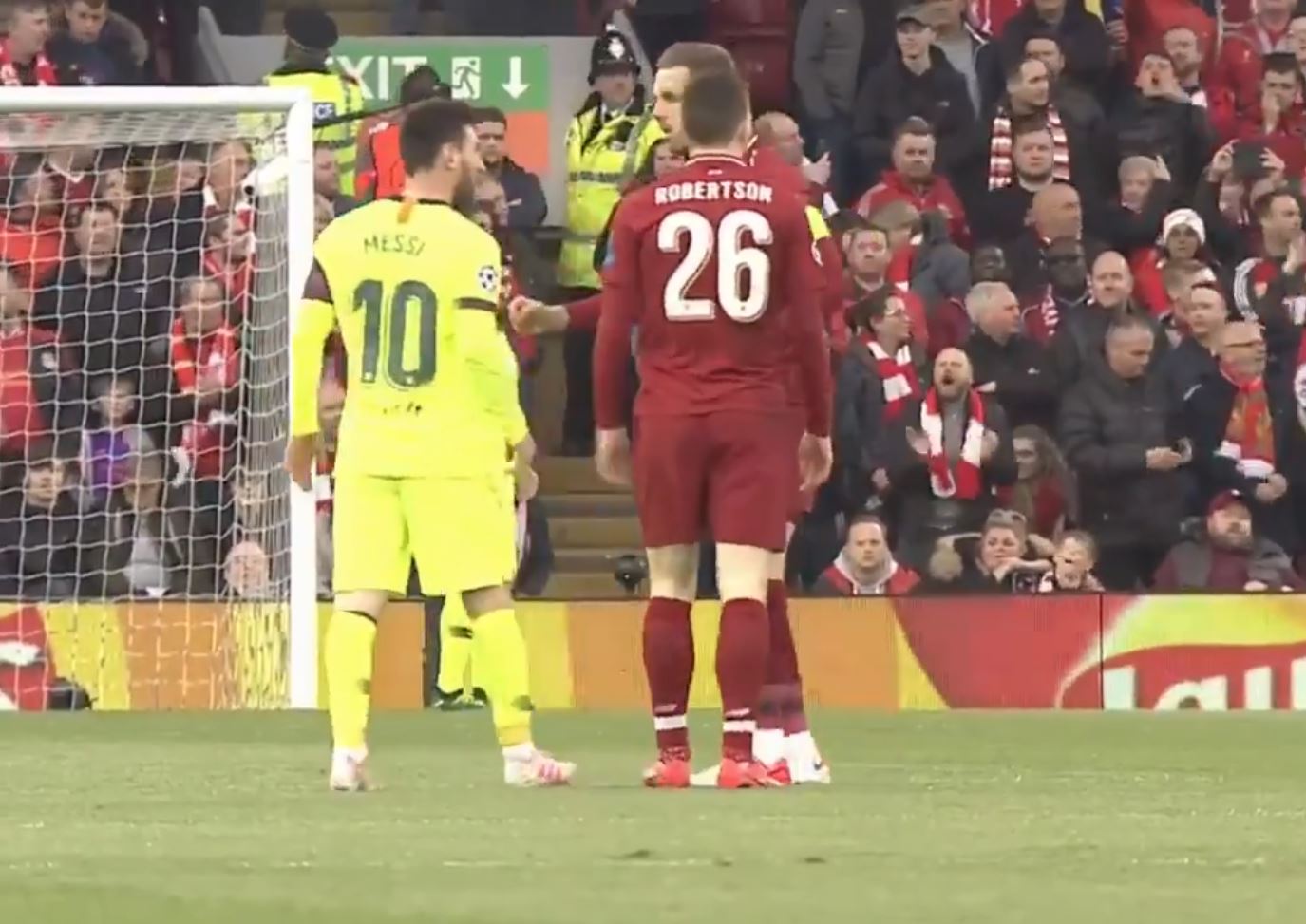 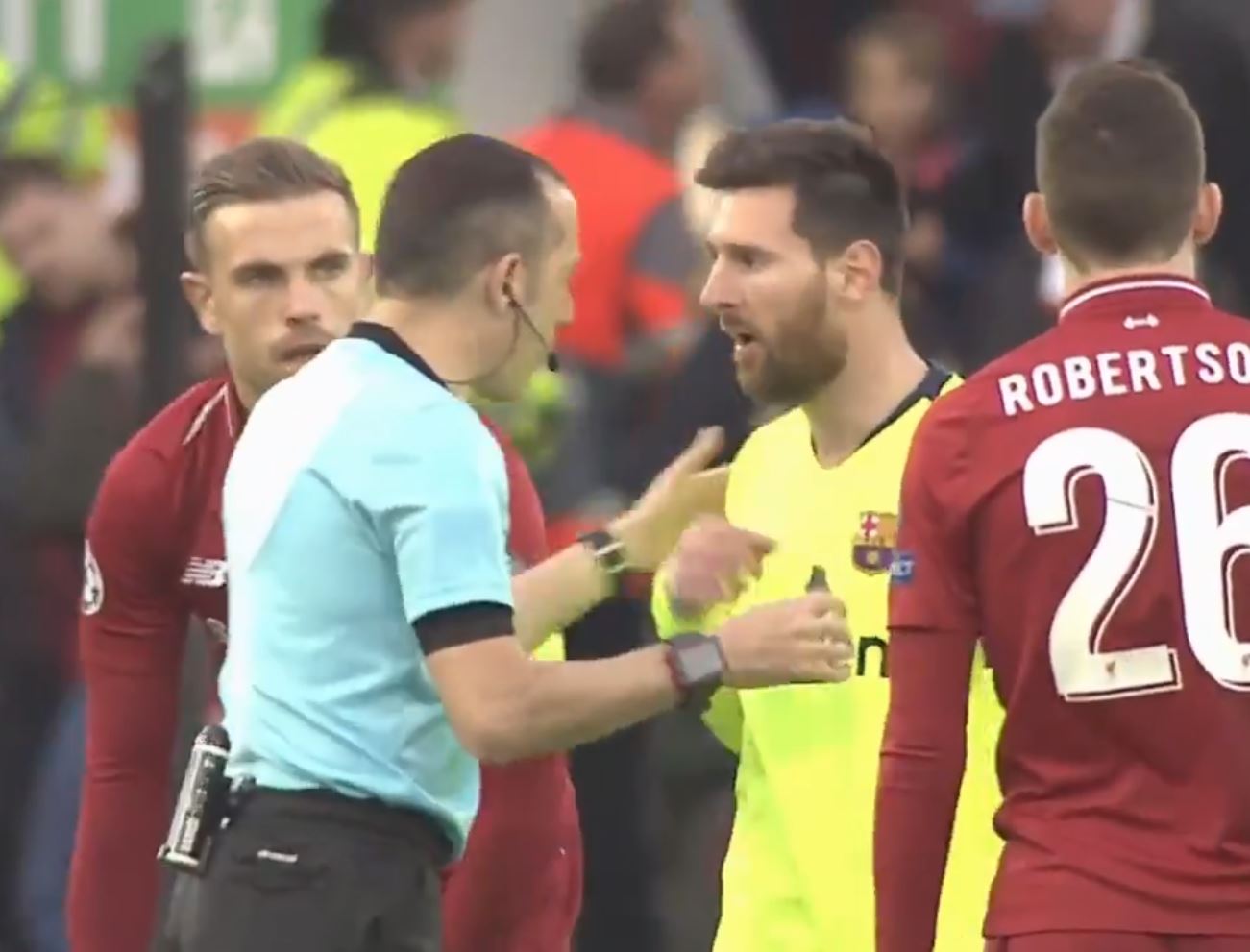 But Messi got his revenge later in the game, as he squared up to the Scot and smacked him round the back of the head.

Robertson was later involved in an ugly incident with former Reds' star Luis Suarez – although he was the victim in this one.

The Barca forward appeared to kick out at Robertson as the pair challenged for the ball.

Commenting on that incident, Halsey said: "Suarez definitely takes a kick at Robertson. It is not a natural running action from the Barcelona forward.

"He kicks out at him and it's petulance. I don't think it is an act of violent conduct so therefore I wouldn't have given Suarez a red card.

"It would be a yellow card for me at most for unsporting behaviour.

"The VAR team must have agreed because they do not get involved on yellow card offences." 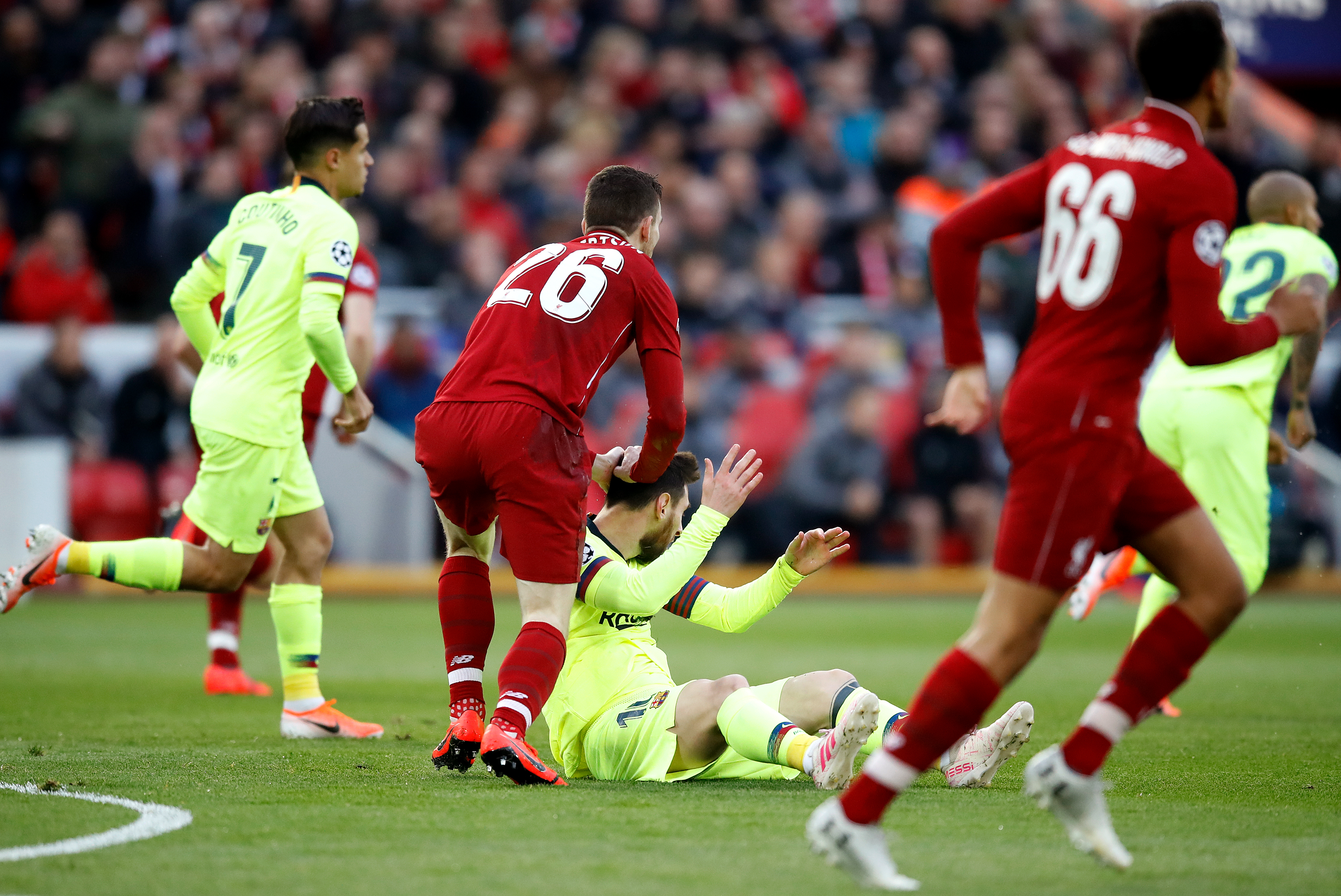