NEYMAR posed for a picture with his "bro" Kylian Mbappe just hours after being shoved out of his team's Trophee des Champions celebrations.

The Ligue 1 giants won their latest piece of silverware in China with the Brazilian, 27, absent from the team after being banned for punching a fan last term. 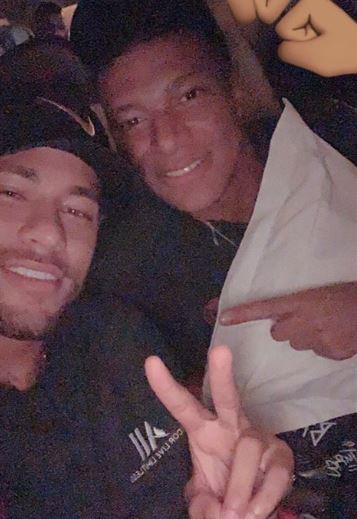 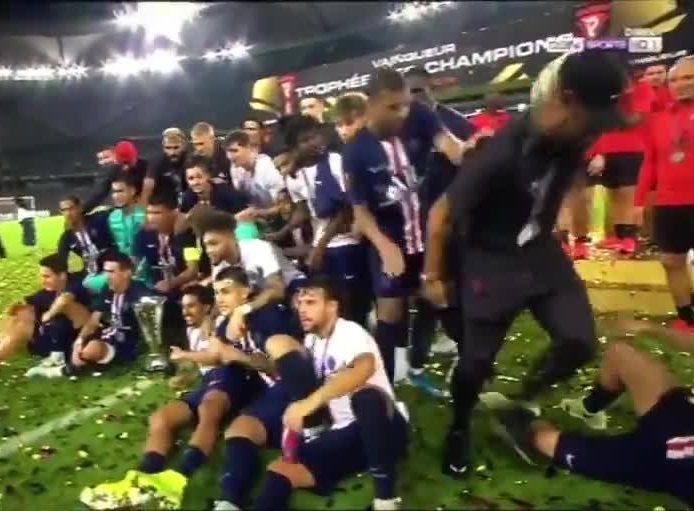 Neymar was slapped with a three-match ban after he whacked a supporter after losing the Coupe de France final against Rennes in May.

And his attempt to get in on the parade was given the boot by Mbappe, 20, leaving Neymar clearly embarrassed.

When PSG posed for photos with the trophy – France's equivalent to the Community Shield – the forward was initially on the fringes.

As the camera panned to the main celebrations, Neymar was seen arms aloft in conversation with a player sat on the ground.

Marco Verratti dragged his pal into the celebrations, but Mbappe refused to have that, as he pushed him out of shot.

Neymar had watched the game – a 2-1 win over Rennes – from the stands due to his ban.

But later in the evening, both Neymar and Mbappe posed for a picture, published to Instagram, with the caption: "My bro."

The pair may not be team-mates for much longer, though – with the Brazil forward desperate to return "home" to Barcelona.

He joined PSG from the La Liga champions for a world-record £198million in 2017 – but hasn't enjoyed his time as much as he'd like.

Neymar has reportedly felt Mbappe threatens his position as PSG's star player, while the youngster is said to want contract terms comparable to his colleague.

And the saga of the summer commenced when Neymar told the club he wanted to leave amid Barcelona and Real Madrid's interest.

It was the Frenchman who helped Les Parisiens to victory on Saturday, scoring the equaliser before Angel Di Maria's superb free-kick earned the win.