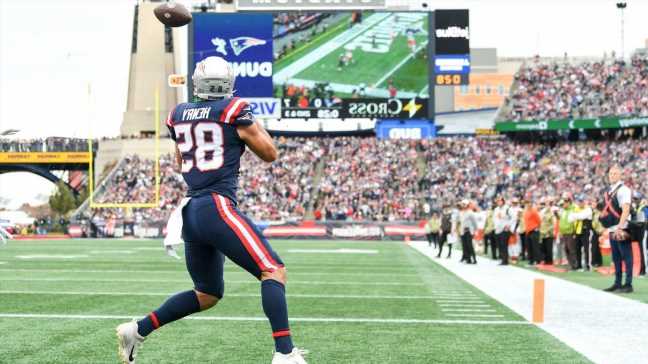 Road teams continue to dominate this season, covering nearly 59% of the time. That is on track to be the highest mark in the Super Bowl era. Road teams are also four games over .500. It would be the second straight season road teams post a winning outright record, after that had never previously happened since the 1970 AFL/NFL merger.

This week features some of the closest lines we have seen all season, as the average line of 3.5 is tied for the sixth-shortest in any week in the Super Bowl era.

One of those games features the San Francisco 49ers laying a field goal against the Minnesota Vikings at home. Kyle Shanahan has lost nine straight games as a home favorite, the longest such streak by any coach in the Super Bowl era. Overall, he is 3-16-2 ATS.

On the other hand, the longest active cover streak in the league belongs to the New England Patriots, who have won and covered five in a row after their 2-4 start. They were 12-1 to win the division after Week 6, and now they are in first place. However, the Tennessee Titans are 5-0 outright as an underdog this season and hope to join the 2009 Cincinnati Bengals as the only teams to win their first six games as an underdog within a single season.

Teams to be underdog in every game: Detroit, Houston, New York Jets (Houston favored this week)