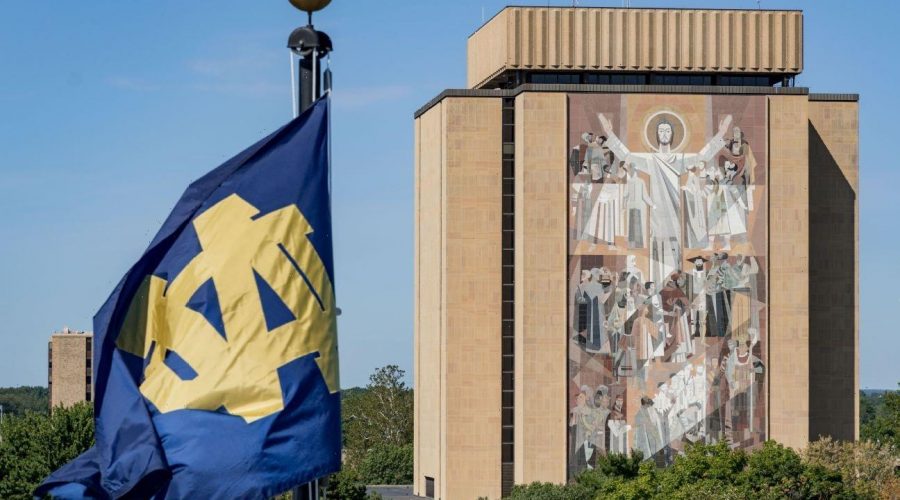 University president the Rev. John Jenkins announced Thursday night that the “Notre Dame Victory March” will change its lyrics to recognize the “daughters” of Notre Dame. The song, which has become synonymous with Fighting Irish football, included the line, “While her loyal sons are marching/Onward to victory.” The lyrics now will read: “While her loyal sons and daughters/March on to victory.” The new version was performed for the first time Thursday night at a gala on campus.

The Notre Dame Victory March has been played at the university’s athletic events since 1919 after debuting on campus on Easter in 1909. Notre Dame band director Joseph Casasanta rearranged the song in 1928 to a version that has been played ever since.