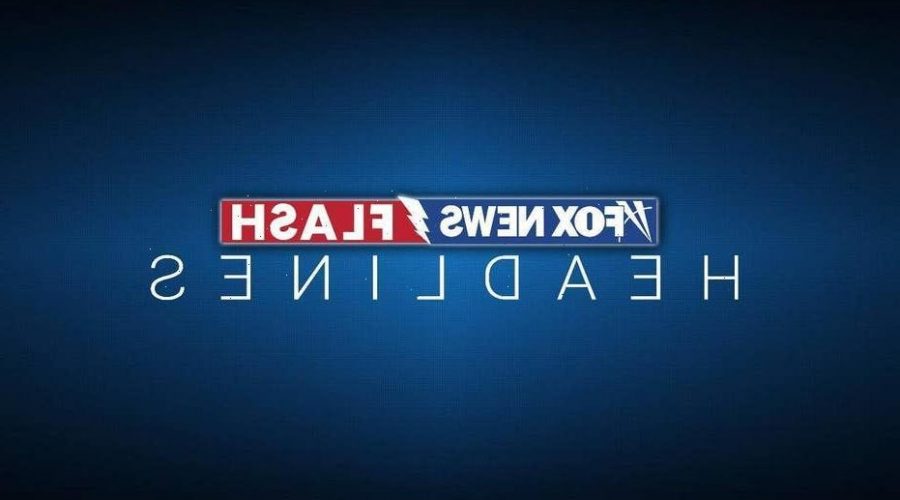 After more than a decade in Major League Soccer, goalkeeper Sean Johnson was finally able to lift the championship trophy.

He earned an MLS Cup MVP award, too.

Johnson stopped a pair of Portland penalties and New York City FC won its first MLS Cup title in a shootout after a 1-1 draw with the Timbers on Saturday. Alex Callens converted on his attempt to clinch the shootout, 4-2. 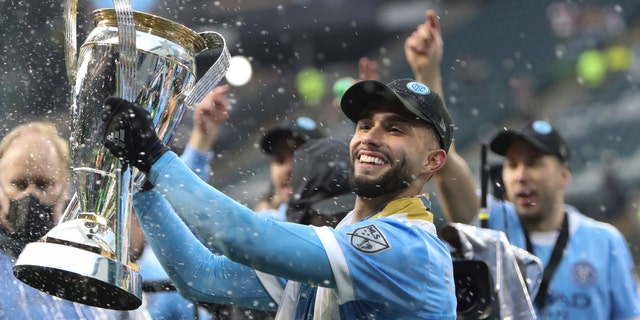 “What a ride so far, this journey was crazy this year. So many up so many downs,” Johnson said. “We talked amongst ourselves before the game and just said it’s a massive opportunity to make it all worth it. And this is what we live for, these moments. To be to be the MVP of the finals, I mean it means the world, but it means so much more to lift the cup for this for this club.”

Golden Boot winner Valentin “Taty” Castellanos scored in the opening half and it appeared that NYCFC was on its way to the league championship in regulation, but Portland’s Felipe Mora scored in stoppage time to give the Timbers hope.

Johnson NYCFC’s captain, stopped PKs from Mora and Diego Valeri in the shootout after the two teams went scoreless in extra time.

“I just wanted to make sure that we stayed level, we’ve been in that position before. I told the guys that we have the experience, not to panic, not to get down on ourselves, because there’s more of an opportunity to go forward and win the game,” he said about guiding the team to the finish.

NYCFC celebrated in front of the goal after Callens converted, while Valeri lay in the middle of the field in disbelief. A group of New York players broke off from the party to salute their fans, grouped in the opposite corner of the stadium. 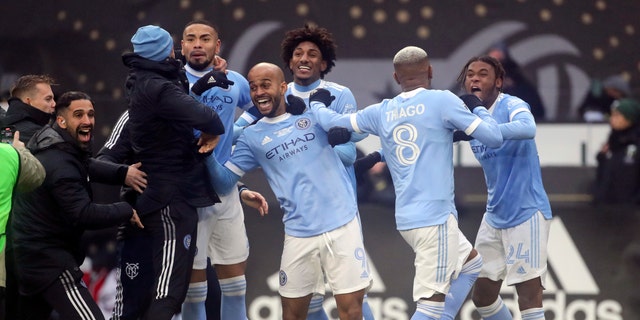 New York stayed on the field long after the victory. Coach Ronny Delia stripped down to his underwear and lifted the trophy.

“I don’t regret that, it was a big moment,” Delia said. “I will keep on doing that if we keep on winning trophies.”

NYCFC, which joined the league in 2015, had never advanced to the title game.

Castellanos, who had 19 goals in the regular season, was back in the starting lineup after missing the Eastern Conference final against Philadelphia. The Argentine striker was handed a red card in the conference semifinals against the top-seeded New England Revolution, which NYCFC won on a penalty shootout after a 2-2 draw.

New York’s 2-1 victory over at Philadelphia secured NYCFC a place in the MLS Cup final. NYCFC was the fourth seed in the East after finishing the regular season 14-9-11.

The Timbers were also seeded fourth after going 17-13-4 in the regular season. Portland downed the top-seeded Colorado Rapids on Thanksgiving Day before beating Real Salt Lake 2-0 at Providence Park to win the Western Conference and secure home field for the final. 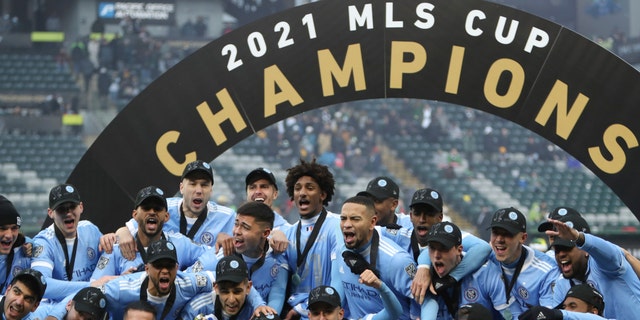 “It feels cruel, it feels sour, it feels difficult to accept. Before we learn something from it, we need to feel and understand the emotions that we’re going to have after this match, not to achieve what was our goal, to lift the trophy at home,” Timbers coach Giovanni Savarese said. “We couldn’t have thought about more beautiful situation for us than lifting that trophy. So the first thing is manage our emotions and come to the realization that it happened this way. The game can be cruel.”

The game was chippy at the start, with a brief skirmish breaking out in the 25th minute. Players also had to endure rather nasty weather conditions with temperatures in the 40s, steady rain and gusty winds.

Castellanos scored on a header off a free kick from Maxi Moralez in the 40th minute, giving NYCFC the early lead. The goal celebration was marred when it appeared that New York’s Jesus Medina was struck by an object thrown by a fan.

It was the first set-piece goal that the Timbers had allowed in 20 games.

The Timbers at times looked disorganized. Mora had one of the best chances in the second half, but his shot in the 81st minute fell directly in the hands Johnson. He had another in the 97th but his header sailed well over the net.

Mora finally broke through in the final moments of four-minutes of stoppage time. It was the latest goal ever scored in regulation in an MLS Cup.

But the goal was controversial. NYCFC players argued that it should be disallowed, claiming that Maxime Chanot was fouled by Portland’s Larrys Mabiala in the run-up. In the end, 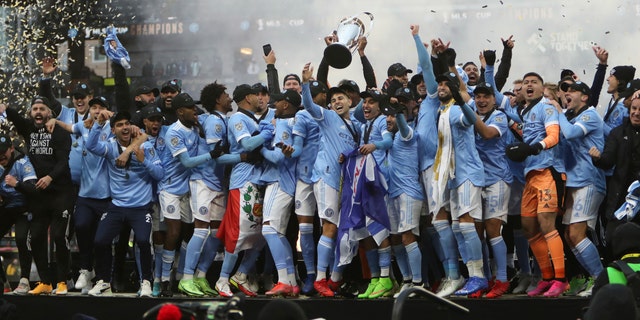 “The first half was a little bit difficult, because New York tried to control the ball, control the game. They found a way to score on us, and made it more difficult on us,” Portland’s Diego Chara said. “In the second half, we found a way to tie the game. I think after that it was different for us, getting confidence, playing with the ball, and we created a lot of opportunities.”

Valeri came in as a sub in the 89th minute as speculation about the 35-year-old forward’s retirement swirls.

Valeri was with the Timbers when they won the MLS Cup in 2015, scoring in the opening moments of the 2-1 victory over the Columbus Crew. He was named the league’s MVP in 2017 after racking up 21 goals and 11 assists.

NYCFC joins parent club Manchester City in the Abu Dhabi-funded group in winning a title. The group now partially or completely owns NYCFC and Manchester City, as well as teams in Australia, Belgium, China, France, India, Japan, Spain and Uruguay with a partnership in Bolivia as well.

Owner Sheikh Mansour’s takeover of Manchester City in 2008 that transformed the fortunes of a team with little track record of success into the Premier League’s most successful team over the last decade.