Odell Beckham Jr. made good on hispromise to continue wearing a watch while playing football — almost.

The wide receiver was spotted wearing another ultra-expensive Richard Mille timepiece while warming up ahead of “Monday Night Football.”

However, when it came to the game against the New York Jets, Beckham’s wrists were bare.

It waswidely reported that the Cleveland Browns player was wearing an RM 56-02, however, it actually looks more like the older RM 56-01, which is (very marginally) less expensive at $1.95 million instead of $2.02 million, according toProfessional Watches.

Here’s a close-up of the watch: 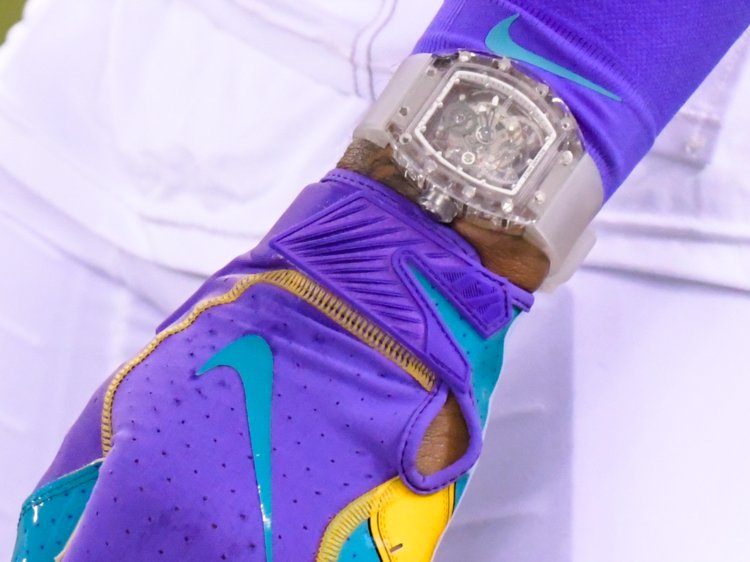 Beckham’s watch was made in just five pieces and is built from synthetic sapphire and titanium, making it “immune to temperature variations and wear,” according to theofficial Richard Mille website.

However, Professional Watches notes that, while scratch-resistant, synthetic sapphire is also very brittle, meaning it could have smashed had Beckham been hit with a hard tackle in the wrong place.

Read more: Rafael Nadal and Odell Beckham Jr. may play in their stupidly expensive watches, but that doesn’t mean you should too

It’s been just over a week since Beckhamfirst caused controversy for wearing an orange RM 11-03 in hisfirst game with the Cleveland Browns, which he paid $189,500 for,The Washington Post discovered.

Associated Press reported that the NFL would be speaking to Beckham about his violation of the rules, which prohibit athletes from wearing hard objects.

However, Beckham disputed that the watch qualified as a “hard object.”

“But people have knee braces on that are hard and made out of metal and you don’t see them taping it up, no jewelry on, so I’m good.” 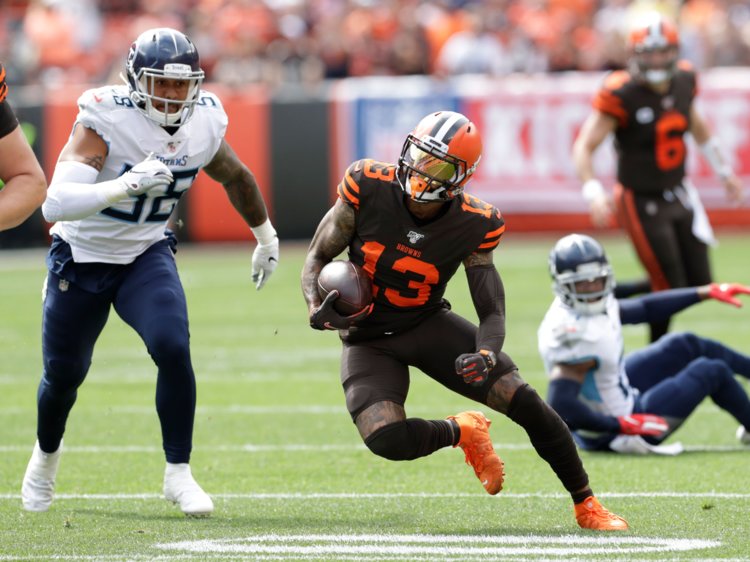 Beckham wearing his RM 11-03 on his debut for the Browns.AP Photo/Ron Schwane

He told the publication that he’d be wearing his watch, come what may.

“The same way I wear it every day, at practice, I go here, I go there. I’ve been wearing it. Take a shower with it on. It’s just on me.”

It wasn’t the watch that caused Beckham trouble against the Jets, though, it was his visor.

In the first quarter, Beckham set up a first and goal with anincredible one-handed catch on the sideline, but was later sent to the bench to swap his reflective gold-tinted visor for a clear one while the Browns were at third and goal.

You can see the difference between the two visors below: 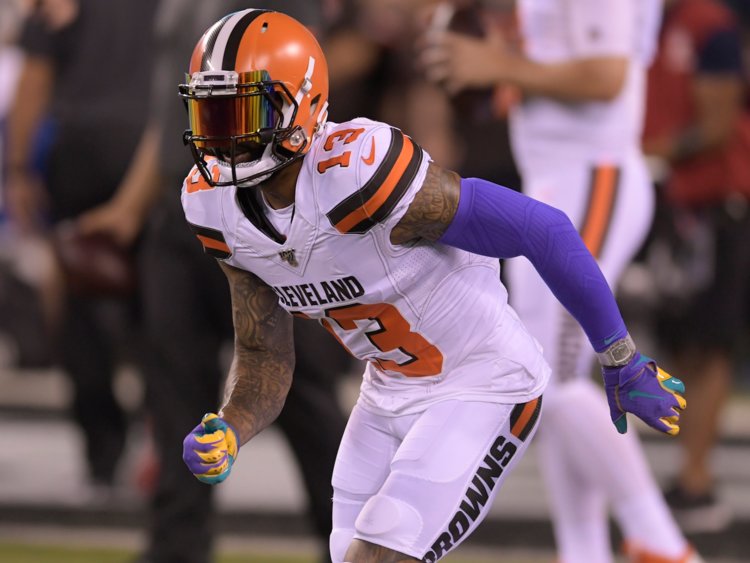 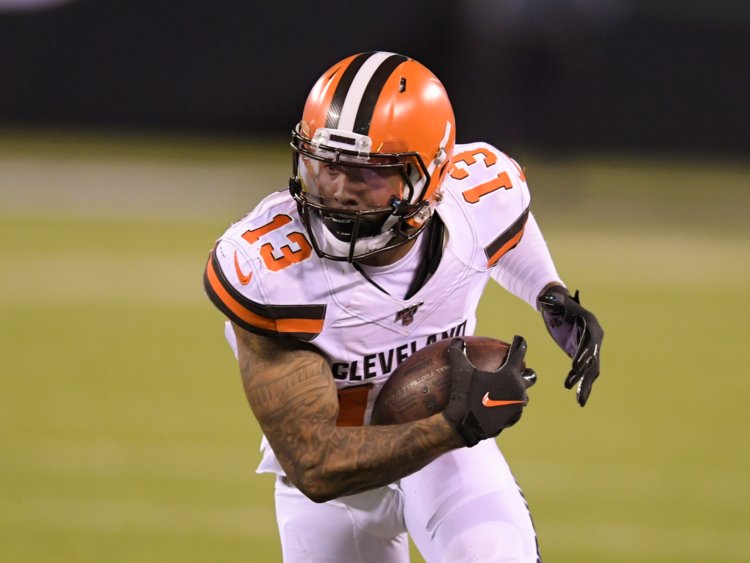 “I mean, all I want is it to be fair around the league,” Beckhamlamented after the game.

“If you’re gonna tell me to do something, do it for everybody else. You let people stay in the game on ‘Monday Night Football’ with gold visors. Everybody else has tinted visors. And then you pull me off and it hurts my team and I hurt my team on third and goal.

“You know, you can warn me, do something. But don’t pull me off on third and goal. All I want is it to be fair. I just want to play football.”

Despite the furor around Beckham’s outfit choices, the player finished the game with a six-catch, 161-yard performance to help his team win 23-3.

Business Insider has contacted representatives for Richard Mille and the NFL for comment.

17/09/2019 Sport Comments Off on Odell Beckham Jr. wore a $2 million watch for 'Monday Night Football,' then got taken off the field to change his gold-tinted visor
Lifestyle