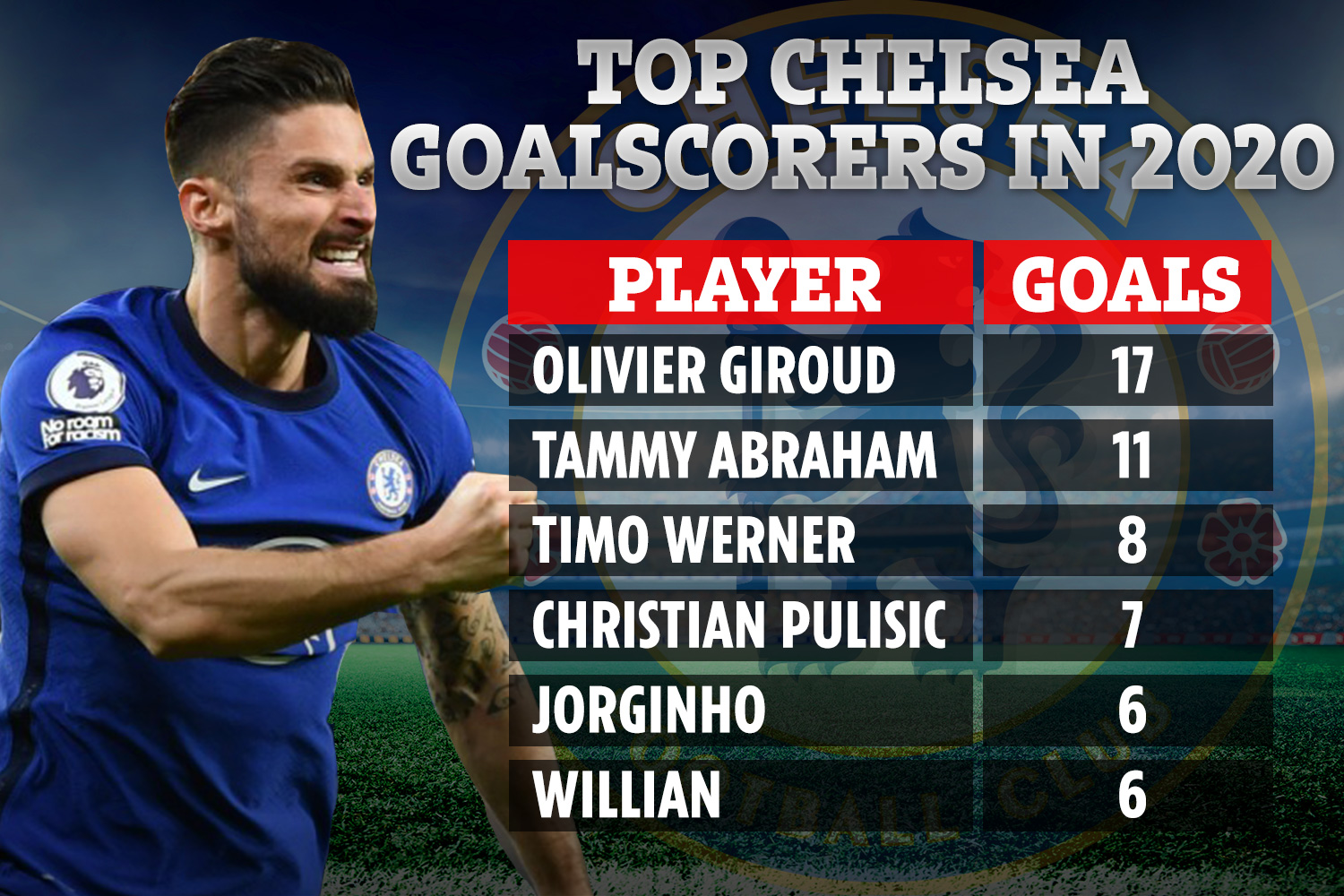 Giroud, 34, tops the charts by some distance when it comes to the top goal scorers in West London since the turn of the year.

New boy Timo Werner is third after netting eight times since arriving at Stamford Bridge from RB Leipzig for £54million.

Ex-Blues winger Willian also makes the list after rattling home six goals before departing across London for Arsenal at the end of last season.

Giroud was linked with a move away from the Blues after struggling for game time under Lampard with the delayed Euro 2020 tournament on the horizon.

He was urged by France coach Didier Deschamps to consider a move away if he wanted to maintain his place in the international side for the tournament in the summer.

Giroud has been linked with Serie A table toppers AC Milan as well as Marseille and even West Ham.

He showed he still has what it takes on the European stage by slamming home an incredible FOUR goals in the 4-0 Champions League win over Sevilla earlier this month.

Mason Mount was Chelsea's best provider during the last year, creating an impressive 64 chances, including eight assists, ahead of right-back Reece James who contributed 45 chances in total.

Kurt Zouma tops the billing for successful passes with 2,221 ahead of Cesar Azpilicueta but the club captain did come out on top for most tackles won with 49.

Combative midfielder N'Golo Kante conceded the most fouls after jotting up a half century of misdemeanours with Three Lions regular Mount only one behind on 49.