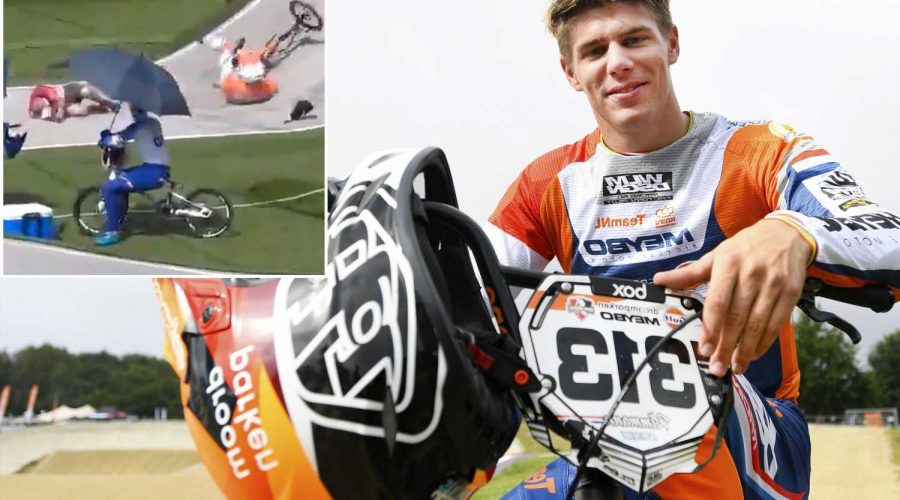 Your guide to baseball at the Tokyo Olympics

US softball takes silver after being shut out by Japan

This is one injury that was certainly avoidable.

Throughout the course of the Tokyo Olympics, athletes have suffered from heat exhaustion, injuries and COVID-19.

Dutch BMX rider Niek Kimmann injured his knee Monday when he crashed into an Olympics official during a training run.

The 25-year-old was completing one of the course’s jumps when he collided with the official, who was standing in the middle of the track at the Ariake Urban Sports Park.

The star rider posted the video of the crash on Twitter, where people in the background can be heard yelling “Watch out!” at Kimmann before he collided with the official.

Kimmann is expected to still compete on Thursday and is widely believed to be a frontrunner alongside Connor Fields of the United States.

The BMX collision was not the only Dutch cycling disaster on Monday. Cross-country mountain biker Mathieu van der Poel ended the Netherlands’ goal to medal in the event when he fell and had to be hospitalized with an injured hip.