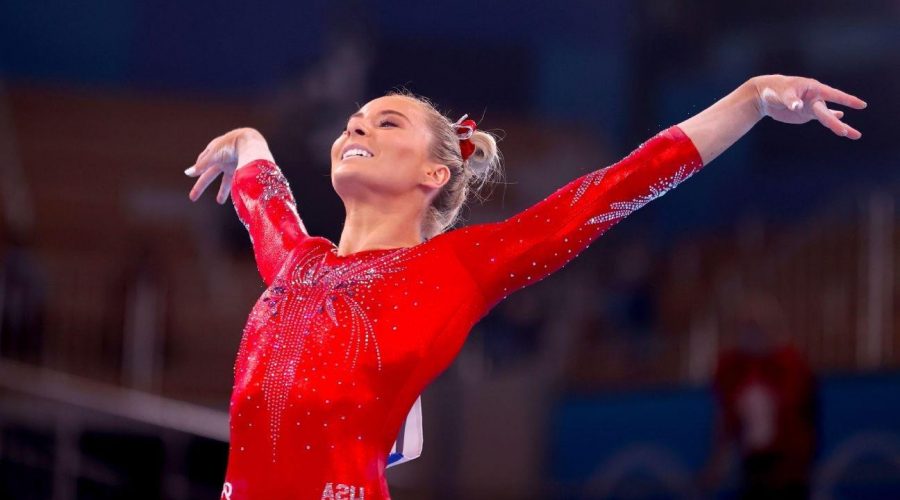 Tory Barron is a Bristol-based writer and editor for ESPN.com. After retiring from playing lacrosse at UConn, the DC native decided to try her hand at writing about people playing sports.

MyKayla Skinner’s Olympic journey has effectively come to an end. The 24-year-old had one of the best overall meets of her career, but she failed to qualify for an event final.

While Skinner was rightfully emotional after falling short of her ultimate goal, support for the gymnast poured in. First and foremost, from her teammate Biles:

Last week, 24-year-old Biles took to Twitter to share a picture of her alongside her fellow “Olympic Grandma” Skinner.

To be considered old at 24 years of age … what a concept.

Team USA collectively struggled in qualification (by its standards) and opted out of media availability. The U.S. (170.562) finished behind the Russian Olympic Committee team (171.629) in the standings, marking the first time since 2010 that the U.S. didn’t win the qualifying round at either the Olympics or World Championships, which also happens to be the last time the Americans didn’t go on to win the team title.