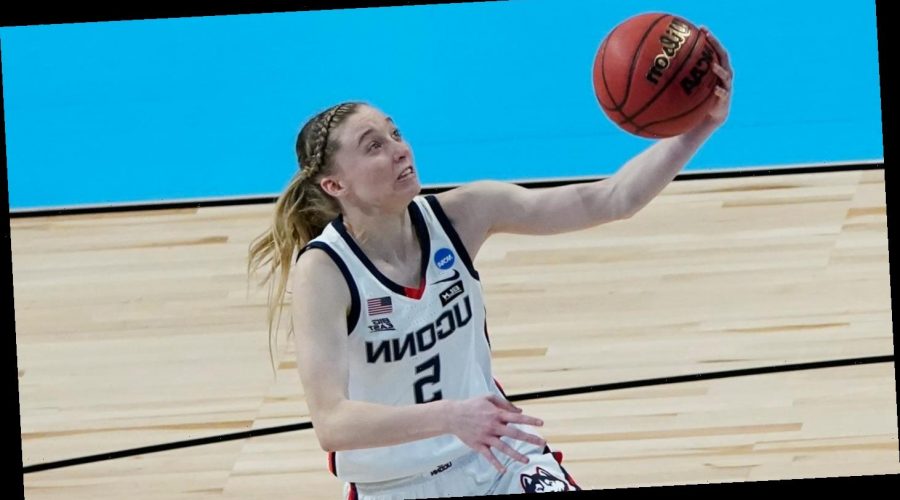 No. 1 seed Connecticut rolled over No. 16 High Point 102-59 in the opening round of the women's NCAA Tournament on Sunday.

With 24 points, Bueckers set a school record for most points in a tournament debut and the fourth-most points for a freshman in the program's vaunted postseason history. She also grabbed nine rebounds, dished out six assists and had four steals as the Huskies navigate the beginning stages of the tournament without coach Geno Auriemma, who tested positive for COVID-19 last week.

The record and the win weren't the only highlights of the evening for Bueckers. The Minnesota native, while being interviewed postgame by ESPN's Holly Rowe, revealed she was living out a dream in that moment, too.

"It's a year of firsts, and I just wanted to say I'm a huge fan of Holly Rowe, and this has always been a dream of mine, to get interviewed by her after the game," Bueckers confided. "I'm just excited to be here. I love basketball. You work your whole life for March Madness, so it's awesome to be a part of it."