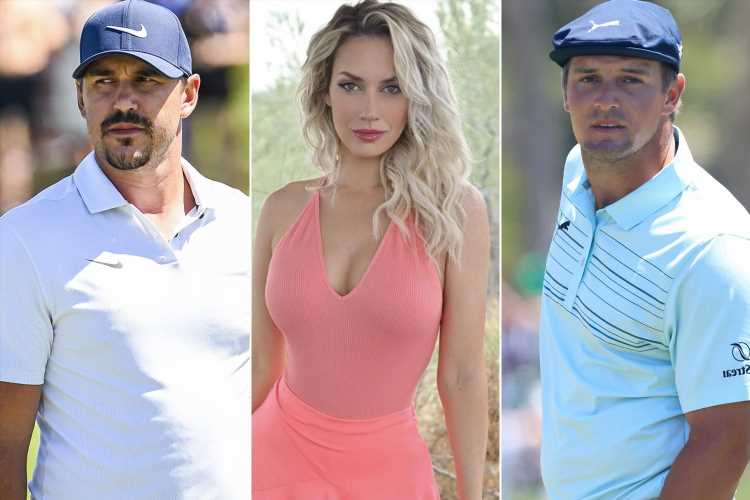 Tom Brady isn’t the only one having fun with Brooks Koepka memes.

On Tuesday, Paige Spiranac posted a comical composite of an annoyed Koepka getting a peck on the cheek from his nemesis, Bryson DeChambeau, as the golfers’ feud continues to intensify.

Spiranac, a Steelers fan who has offered critical commentary about DeChambeau in the past, then praised the “goat” Brady on Wednesday after the seven-time Super Bowl champ fired off Koepka-inspired memes to promote Capital One’s “The Match,” which will take place in July.

Brady will once again partner with Phil Mickelson, this year’s PGA Championship winner, while DeChamebeau will team with Green Bay Packers quarterback Aaron Rodgers, who has been singing along to Taylor Swift in Hawaii as of late.

DeChambeau kept the jabs rolling Wednesday after Koepka publicly offered his condolences to Rodgers over “The Match” lineup.

“It’s nice to be living rent free in your head!” DeChambeau tweeted.

Spiranac has since reacted to DeChambeau and Koepka’s virtual round two, posting: “Forget Paul vs Mayweather. I would pay an unlimited amount to watch Brooks vs Bryson.”

Koepka’s disdain for DeChambeau boiled over during a recent leaked interview, as the polarizing golfer appeared to walk into Koepka’s shot.

“Christ. I f–kin’ lost my train of thought hearing that bulls–t. F–kin’ Christ,” Koepka said at the time.

Koepka, who is currently engaged to model Jena Sims, ribbed DeChambeau in 2019 over his slow play. The buffed-up golfer took a swing at Koepka’s physique a year later.