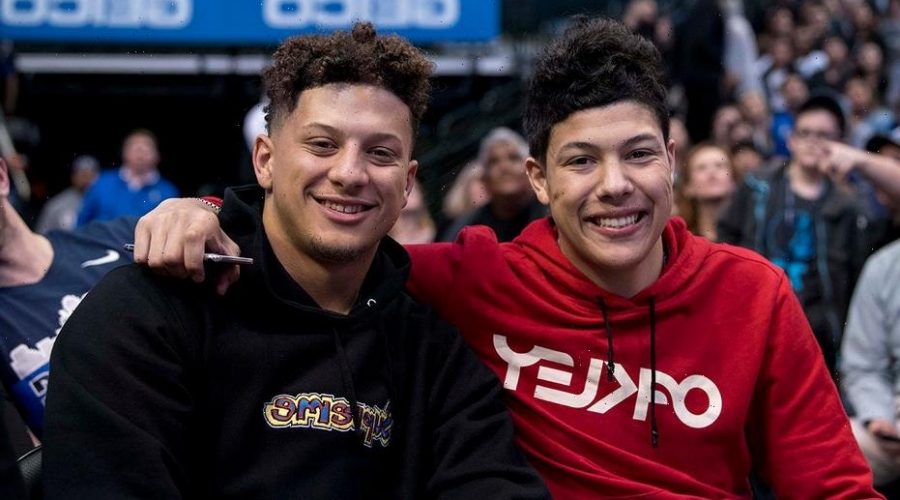 Patrick Mahomes’ brother was involved in an incident with a fan at M&T Bank Stadium after the Kansas City Chiefs lost to the Baltimore Ravens in a close game Sunday night.

Jackson Mahomes, the youngest brother of the quarterback who has amassed a large following on social media, was seen on a video getting screamed at by a gloating Ravens fan as Baltimore closed out the win against Kansas City. The 21-year-old responded by throwing water on the fan.

Jackson Mahomes is one of his brother’s biggest supporters and is usually seen on the sidelines or in a suite with Patrick’s fiancé, Brittany Matthews, as they cheer on the Chiefs.

He reacted to the incident on Twitter, saying “they were thirsty.”

Baltimore defeated Kansas City, 36-35. Lamar Jackson had the go-ahead touchdown late in the fourth quarter and the Chiefs had a costly turnover which hurt immensely. The defense, even with three timeouts, couldn’t stop Jackson and the Ravens on their final drive.

Mahomes had a big 46-yard touchdown pass to Travis Kelce. The big tight end broke a few tackles and had some key blocking on the scamper. Kelce led the Chiefs with seven catches for 109 yards and a touchdown. Byron Pringle and Demarcus Robinson also had touchdown catches.

The Chiefs are now 1-1 on the season.